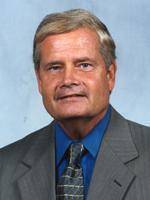 Competing for Clemson in the 100m dash will be Brian Knapp and Clay Pendleton will be in the 1500m from Clemson. In the steeplechase, two-time All-ACC performer Itay Magidi will enter alongside Sean Reilly. Those two and Lumpkins are scheduled for the 5000m on Saturday as well.

In the long jump, Brent Hobbs, and Ryan Koontz should be among the favorites in the decathlon.

Clemson’s 2006 NCAA Regional Qualifiers The Tigers have seven regional qualifiers so far this season, as well as the 4x100m relay team of Roy Cheney, Lydell Perry. That team posted a time of 40.28 at Georgia Tech on April 1. Padgett also has posted regional marks in the 100m dash. He was first at the Yellow Jacket Invitational after posting a personal best time of 10.34. Brown has qualified in the 200m after he ran a 21.17 at the same meet.

Itay Magidi provisionally qualified for the 10,000m at the Stanford Invitational on April 1. The Israel native ran a time of 29:29.34, fifth-best in school history.

A pair of horizontal jumpers have regionally qualified already in Jason Bell and George Fields. A junior from Warner Robins, GA, Bell posted a mark of 49’9.75″ in the triple jump at the Clemson Invitational on April 8. Fields has hit a couple of regional marks this season, including his best effort of 24’4.5″ at the Western Carolina Invitational on March 31.

A pair of pole vaulters have also regionally qualified in Andrew Kessler. A sophomore from Rock Hill, SC, Greeley cleared 17’2.75″ at Western Carolina. Kessler has cleared 16’6.75″ on two occasions, most recently at the Clemson Invitational.

Danny Alge is Clemson’s seventh individual event qualifier for the NCAA East Region competition. He posted a mark of 195’3″ in the hammer throw at the Clemson Relays on March 24, then shattered his personal record with a toss of 200’9″ at the Solid Orange Classic last weekend.

The most individual titles won by Clemson is eight, which has happened on four occasions. The most recent was in 2000, when meet Most Valuable Performer Shawn Crawford won both the 100m and 200m sprints. He also helped the 4x100m relay team to a victory.

Linkenauger is one of only two returning athletes on the Clemson squad with an ACC Championship. However, the Tigers have six athletes that have earned All-ACC honors at the outdoor meet, including two-time outdoor honorees Itay Magidi.