Clemson, S.C. — The Clemson men’s tennis team has signed Matthew Pitts and Maxwell Smith to their 2021 signing class, as announced by Robbie Weiss on Thursday afternoon.  Pitts is set to join the Tigers this spring while Smith will arrive on campus in the fall of 2021.

“Matthew is a fantastic person, hard worker, humble and smart in addition to being an excellent tennis player. He will play a big role for the Tigers as we look to achieve our goal of becoming one of the best teams in the country. I am so thrilled that Matthew chose Clemson and will carry on the legacy of his family who have played for the Tigers. I can’t wait for Matthew to arrive on campus and work with him every day. The program is very lucky to have Matthew on board.” 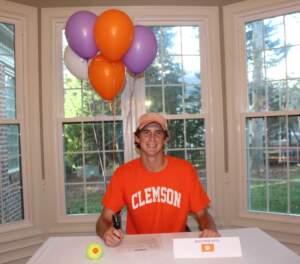 “Max brings skills with him that very few junior players have which is the ability to volley well and play an aggressive, attacking-style game. He is also one of the best doubles players in the US which is another great asset. Max is an incredibly nice young man who is passionate about tennis and wants to be a great player. I feel privileged and honored that Max chose Clemson and truly can’t wait for him to get started in the Fall of 2021.” 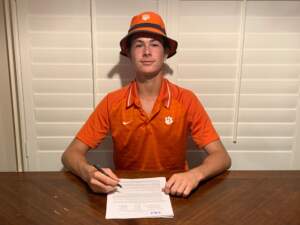