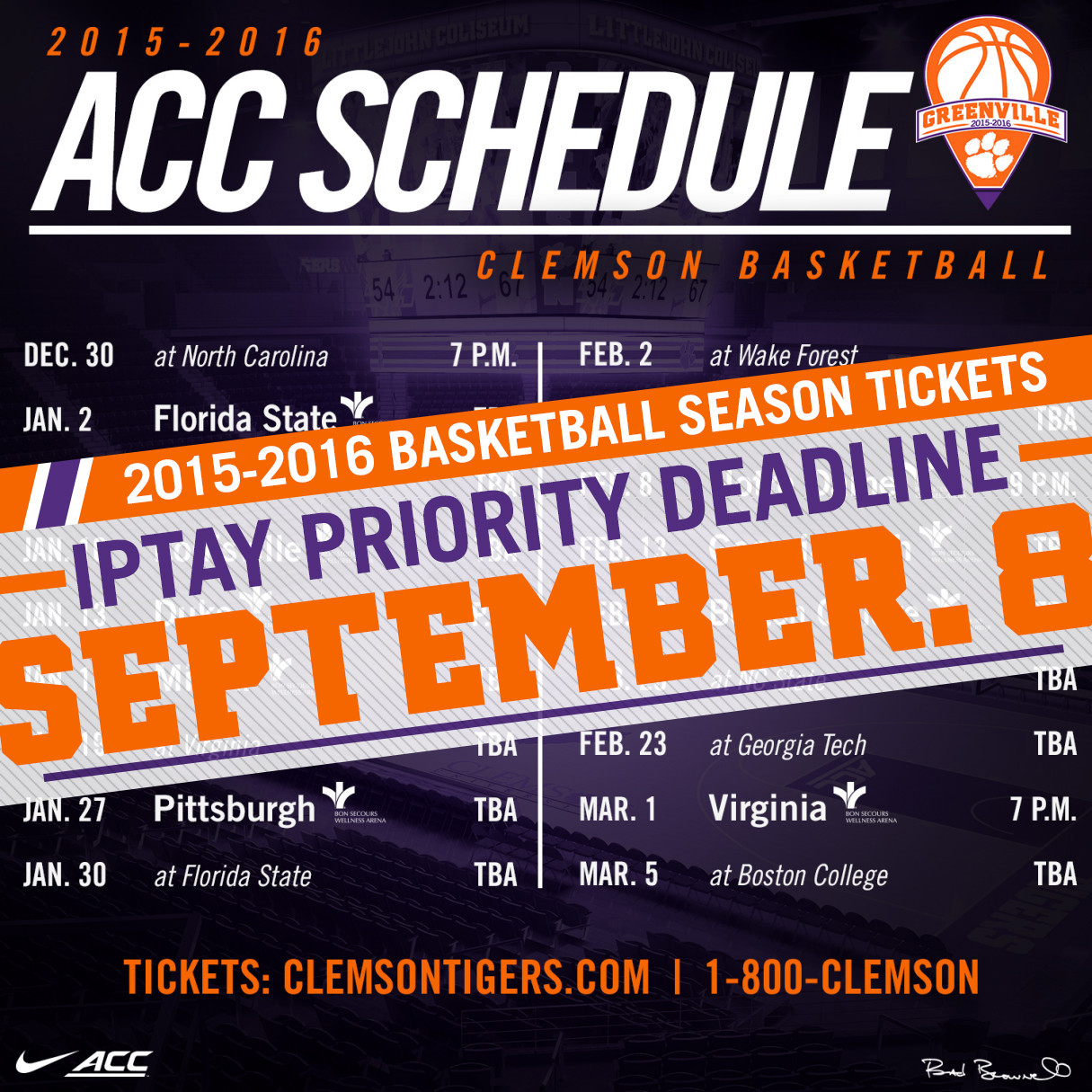 If you have any questions please feel free to contact the Ticket Office by phone at 1-800-CLEMSON, by email at cutixonline-l@clemson.edu, or stop by during normal business hours (Monday-Friday 8:00am-4:30pm).

The full Men’s Basketball schedule for 2015-16 was announced last Wednesday by the Atlantic Coast Conference. Included in Clemson’s home schedule are nine games against ACC competition, beginning January 2 versus Florida State. In addition, the Tigers host the defending NCAA Champion in Duke (January 13), defending ACC Champion in Virginia (March 1) and defending ACC Tournament Champion in Notre Dame (February 8) at “The Well” this winter.

Clemson also welcomes Louisville (January 10), Miami (January 16) and Pittsburgh (January 27) in the opening month of conference play. It will be the first time the Tigers have faced Louisville outside of Kentucky since the 1973-74 meeting.

Clemson’s challenging road slate begins with the ACC Tip-Off at North Carolina on Dec. 30, a 7 p.m. contest televised nationally by ESPN2. The Tigers follow by playing at Syracuse on January 5. Another highlight to the road schedule will be February 20 at NC State, a 2015 Sweet 16 team. The Tigers won in Raleigh last season.

We hope to see you in Greenville this winter! 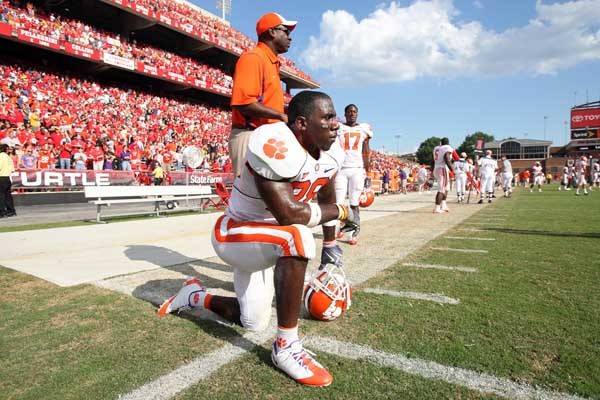 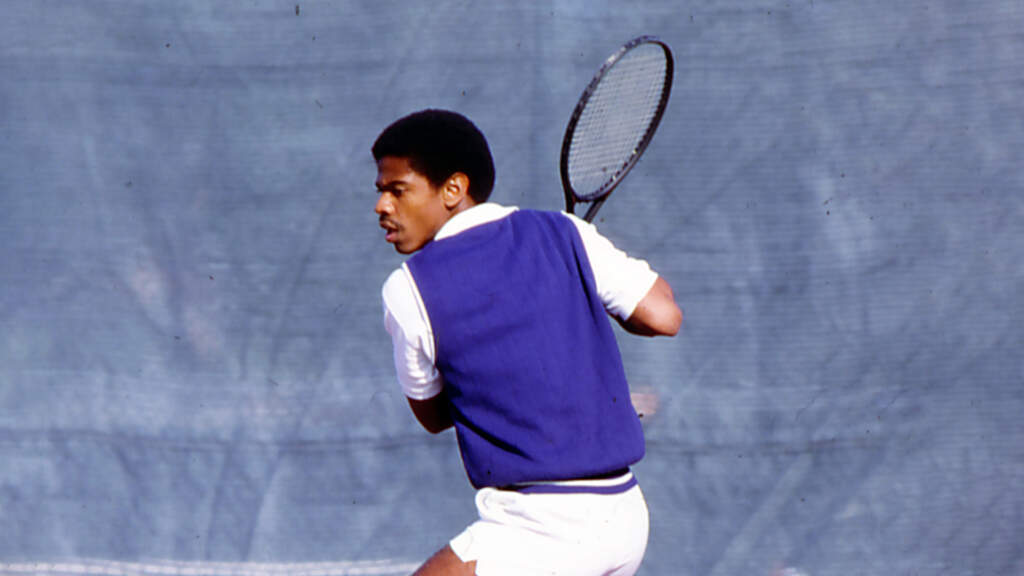 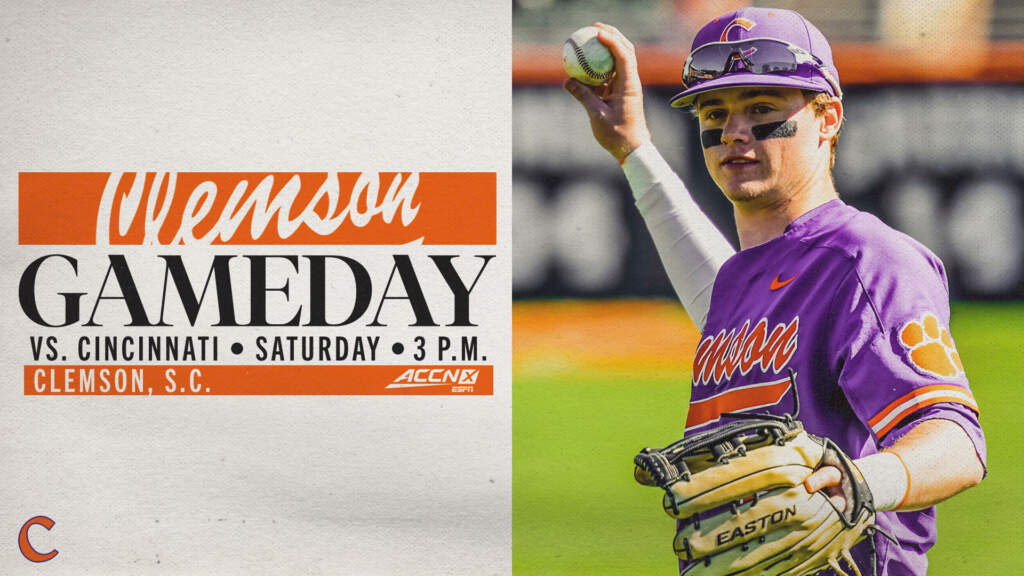