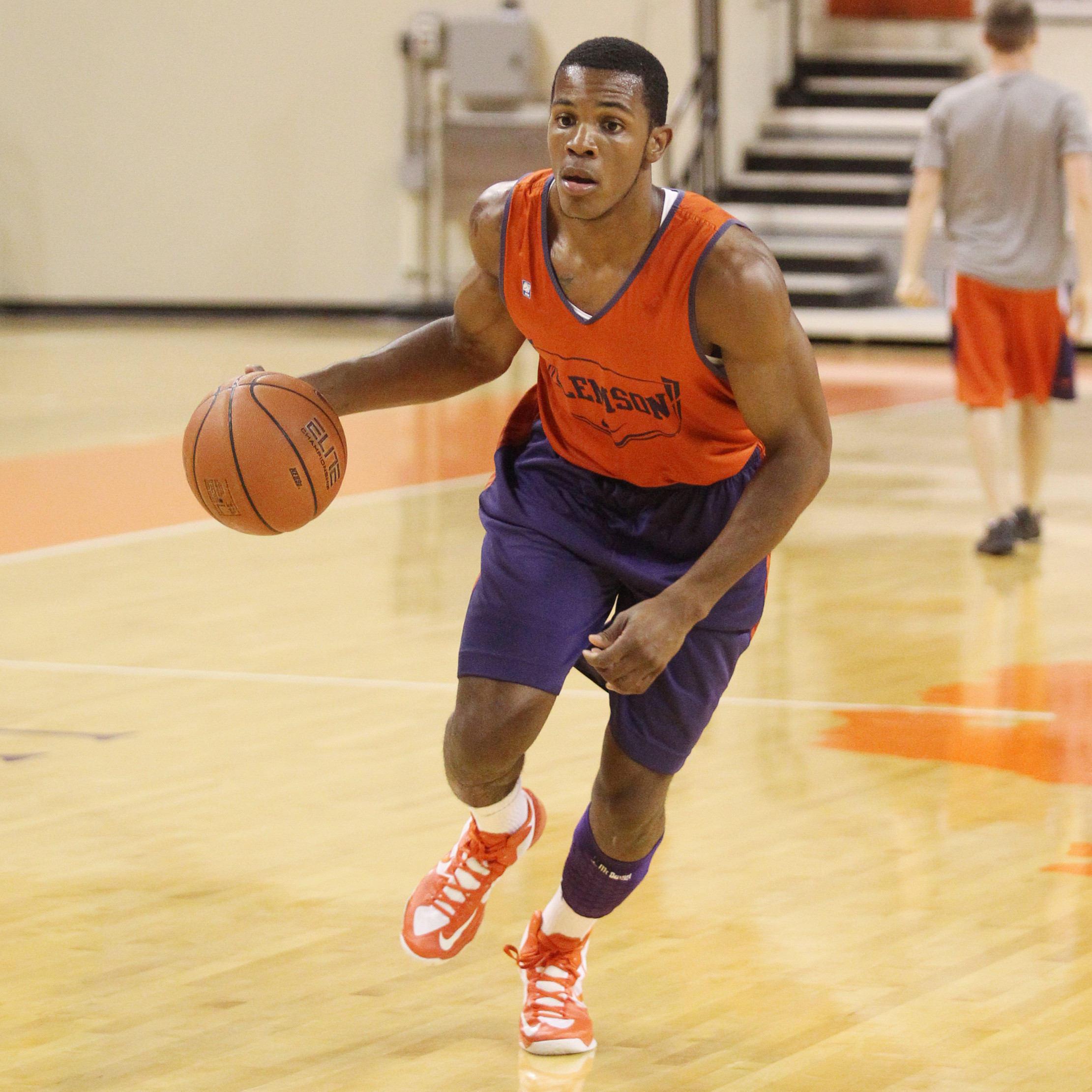 CLEMSON, S.C. — Brad Brownell’s men’s basketball team went through its first practice of the 2014-15 season Sunday afternoon in Littlejohn Coliseum. Now in his fifth season, Brownell took the Tigers through a two and a half hour workout for the first of 30 allowable practices in 42 days.

“I think our kids had a good first day,” Brownell said. “We haven’t done much defensively until today. That requires a lot of teaching. The exciting thing today was we shot the ball well and had a bunch of different guys making threes. Our competitive spirit was good.”

Below are news and notes from the opening practice.

Blossoming Game. Redshirt sophomore Jaron Blossomgame had a good first day. The Tigers’ returning starter at power forward drained a number of three-pointers during the final 20 minutes of practice where Brownell allowed his orange and purple units to scrimmage with minimal stoppage.

A season ago, Blossomgame struggled beyond the three-point line, converting just 20 percent. When he did shoot well, the Tigers typically won. See games against Duke on Jan. 11 and at Florida State on Feb. 1 as evidence.

Blossomgame said after practice Sunday that improving his shooting was his main focus this offseason.

“I’d say I probably put up 1,000 threes per week this offseason,” Blossomgame said. “I’d get in with a manager and put up a bunch of shots, usually at night.”

Fresh Perspective. Three players took part in their first official Clemson practice Sunday — San Francisco transfer Avry Holmes, and freshmen Gabe DeVoe and Donte Grantham. According to Brownell, all three did well at times and struggled at times, which is to be expected in the preseason.

“They were pretty good,” he said. “Donte is a little more poised because of an extra year in prep school, and Gabe was pretty aggressive. Avry has a little more experience and will be a good player for us once Rod leaves (after sitting out 2014-15 due to transfer rules).”

DeVoe averaged well over 30 points per game as a first-team all-state performer for Shelby (N.C.) High School, but said Sunday’s opening practice was a learning experience.

“There’s a lot of new information thrown at you, and you have to take it all in,” he said. “But overall, I think it went pretty smooth.”

Quotable. “He’s gotten better, certainly. He’s not used to playing like a big, strong wing. He still avoids contact and moves the ball more times when he should drive and draw fouls. He has an opportunity to do that this season, and he’ll get better at it.” — Brownell on sophomore Austin Ajukwa, who added over 15 pounds to his frame in the offseason