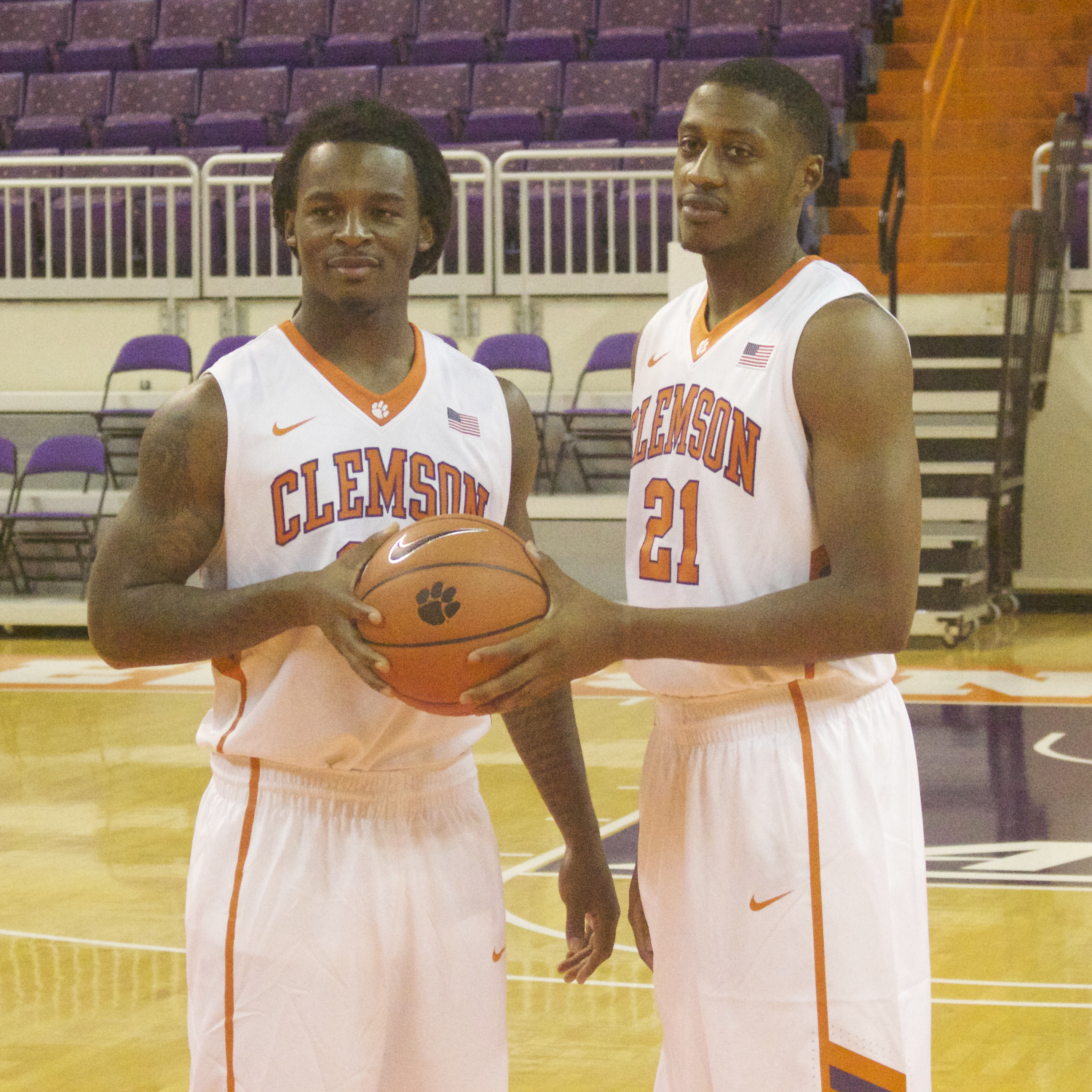 CLEMSON, S.C. — Hours before the annual Rock the ‘John tipoff event, the men’s basketball team gathered for its photo day and to meet with members of the local media. It’s an exciting day for the players, who always look forward to introducing themselves to the Tiger fanbase each and every season.

We caught up with several members of the team prior to its 2:30 practice to see how things have been going over the first week of workouts. Click the YouTube link to access the video.

Seeking Balance Offensively. With K.J. McDaniels in the NBA with the Philadelphia 76ers a season early, the 2014-15 Tigers will rely on a more balanced offense. McDaniels led Clemson last season at 17.1 points per game, but the next closest figure on the team was Rod Hall’s 9.7 average.

Hall spoke at length to reporters Friday about McDaniels’ absence.

“A lot of people are going to have to step up and take care of what they need to with K.J. not here,” he said. “It balances everything out, but everyone gets more of an opportunity.”

Nnoko’s Role Expanding. One of the key developments in 2014-15 will be the continued progress of center Landry Nnoko, now in his third season with the program.

“I feel great about it,” he said. “We’ve got to show out. Offensively, I believe I’ve come a long way. Improving the three years I’ve been here, I feel I’m ready for that type of role.”