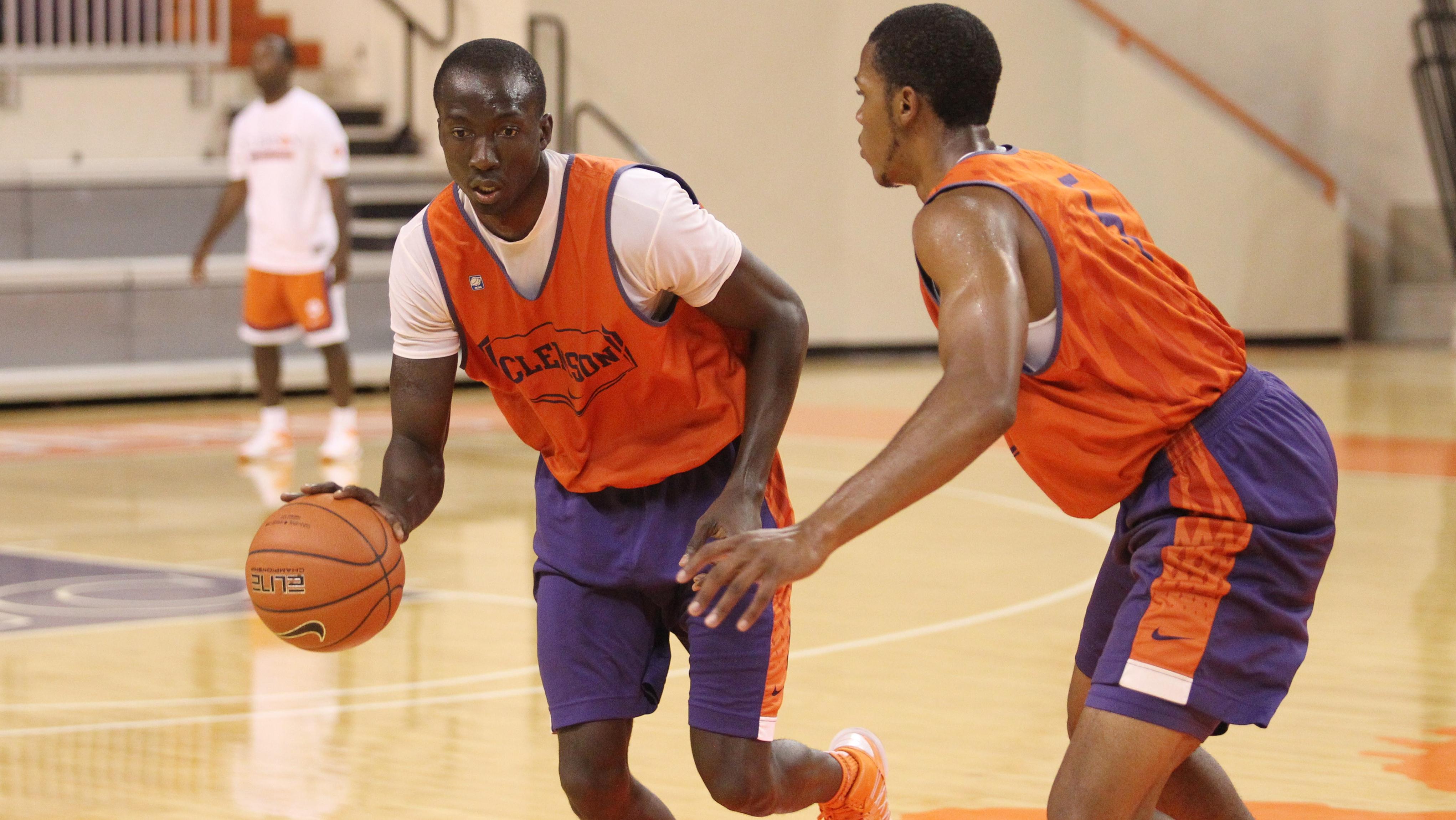 CLEMSON, SC – The Clemson men’s basketball team opened practice on Sunday, the first of 30 prior to the Tigers’ 2013-14 regular season opener on Nov. 8 against Stetson. Thirteen of Clemson’s 14 players dressed and competed in practice, with the lone exception being freshman guard Patrick Rooks, who is out for the season with a hip injury.

Head Coach Brad Brownell took his team through a workout that lasted just over two hours on Sunday at Littlejohn Coliseum. Clemson’s fourth-year head coach was excited to return to the practice court with a relatively healthy squad.

“It’s a little interesting with it being September, and we’re starting practice,” Brownell said. “It was nice to have some guys who weren’t able to play in Italy go through practice. It was a good first day. We had good energy and enthusiasm, which you would expect this time of year.

“We probably won’t go full bore for a few weeks, but what the new rules allow us to do is take time to teach. You don’t feel rushed to get things in offensively and defensively.”

One of the newcomers who had a good first practice was junior forward Ibrahim Djambo, who signed with Clemson in the spring after a two-year stay at Three Rivers Community College in Missouri. The 6-foot-10 Djambo is the first junior college transfer to sign with the Tiger basketball program since 2003.

“It was a good practice,” Djambo said. “I liked the intensity everyone tried to play with. We all want to work hard and push each other, and that’s what I really liked from our first practice.”

Djambo, the first men’s basketball player in Clemson history from Mali, is competing for time at the power forward position with the graduation of Milton Jennings. Like Jennings, Djambo has extended range out to the three-point line as a stretch forward.

“What I liked about Clemson was that the four man could pick and pop, pick and roll,” Djambo said. “That’s basically my game. I’m trying to improve my handle, but that’s probably the strongest part of my game.”

The Tigers return to action on Monday and Tuesday, before taking Wednesday off for the annual preseason basketball media day at Cross Creek Plantation. Follow the Tigers on Twitter (@ClemsonMBB) for behind the scenes access during the preseason. Season tickets are also available by calling 1-800-CLEMSON or online at ClemsonTigers.com.