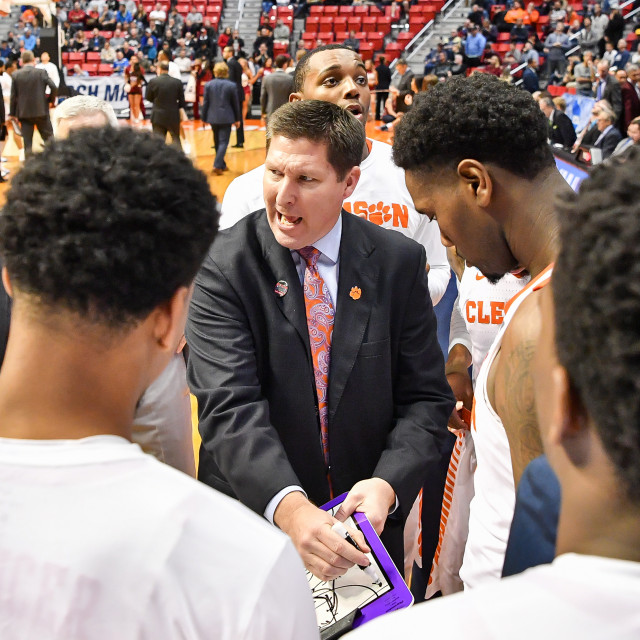 “We’re extremely excited to announce the signings of Trey Jemison, Hunter Tyson and John Newman III,” said Brownell. “All three are excellent players from tremendous families. We’ve recruited these three in both high school and on the Nike EYBL circuit over the past few seasons. They are outstanding young men who embody the values behind Clemson Grit and Growth. They are eager to work, develop and leave their mark on this program.”

Jemison, a 6-11 center from Birmingham, Ala. He is a four-star prospect and ranked No. 1 in the state of Alabama and is No. 12 in the country at his position, according to ESPN. Jemison chose Clemson over Auburn, Alabama, Harvard, Georgia and Georgia Tech.

“Trey has a high motor and he is an energy giver with tremendous size,” said Brownell. “He has a great spirit of work and a willingness to learn. Already an extremely hard worker, he will develop into a consistent scorer and rebounder as he gains experience in the ACC.”

Tyson, a 6-7 forward from Monroe, N.C. is a four-star prospect. Tyson is ranked the No. 8 forward in the state of North Carolina by Phenom Hoops and ESPN. According to ESPN, Tyson is ranked 34th nationally at his position. Tyson chose Clemson over Michigan, Davidson, Tennessee and Wake Forest.

“Hunter is a versatile forward with good size who is an outstanding shooter and scorer,” said Brownell. “He comes from a basketball family and he possesses a high basketball IQ. He will develop into a good rebounder as he gets stronger.”

Newman III, a 6-4 small forward from Greensboro, N.C. is a four-star prospect that is. According to Phenom Hoop Report, Newman was ranked No. 5. In the state of North Carolina. According to ESPN, Newman is ranked 42nd at his position nationally. Newman III chose Clemson over Providence, Wake Forest, Georgia Tech and Boston College.

Newman III led his team in scoring and scored 24 points and was named MVP of the NCISAA 3A State Championship game. He was selected to the NCISSA All-State team for the second consecutive season and was named to the PACIS All-Conference team for the third-straight year. He is a three-time state champion. Newman III finished with 1,400 points, 500 rebounds, 200 assists and 100 steals in his career at Greensboro Day School.

“John is simply a winner. He has won three state titles in high school and played for Freddy Johnson who is the all-time winningest high school coach in the state of North Carolina,” said Brownell. “John is an athletic wing player who is an extremely competitive young man. He has the athleticism and will to guard multiple positions in this league. He’s a talented scorer who can make baskets at all three levels.”

-Ranked No. 1 player in the state of Alabama and No. 12 in the country at his position, according to ESPN

-4-year starter/letterman while maintaining a GPA of 3.75 and above

-Ranked No. 8 in the state of North Carolina and No. 34 in the country at his position, according to ESPN

-Chosen to play in the East-West All-Star Game