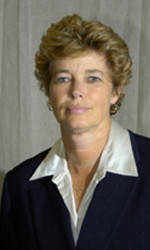 Clemson, SC – Cristy McKinney, who led Rice University to a school record 24 wins and an NCAA Tournament appearance this past season, will be announced as Clemson’s fourth women’s basketball head coach at a 3:00 news conference Monday afternoon. McKinney takes over for Jim Davis, who accepted an assistant athletic director position at Clemson on March 19.

McKinney brings 12 years of Division I head coaching experience, all of which came at Rice. She compiled a record of 216-139 while in charge of the Lady Owl program. She is Rice’s all-time winningest coach with the 216 victories. She guided Rice to consecutive winning seasons each of the last nine years, including six seasons of 20 wins or more. Her teams averaged 20.4 wins per season over the last eight years.

This past season, Rice had a 24-9 overall record, won the WAC Tournament crown, and shared the WAC regular season title with Louisiana Tech after recording a 14-4 conference mark. McKinney was subsequently named WAC Coach of the Year. An 86-66 victory over Louisiana Tech in the conference tournament final sent Rice to its second ever NCAA Tournament appearance, with both occurring under McKinney’s watch. The 2004-05 season also included a 12-game winning streak, which tied a school record.

In 2003-04, McKinney led Rice to the finals of the WAC Tournament and a 22-10 overall ledger. The Lady Owls advanced to the second round of the WNIT and finished first in the nation with 7.0 blocks per game, setting a school record with 224 total.

McKinney’s 2001-02 squad went 21-9, including a landmark victory over sixth-ranked Louisiana Tech. It remains the highest ranked opponent Rice has defeated in its history. The Lady Owls went 14-4 in the WAC and were selected to the WNIT for the third time in school history. The 1999-2000 season featured many firsts for McKinney and the Rice program. She guided the team to a 22-10 record and its first WAC Tournament title. The Lady Owls defeated SMU in the championship game to earn the program’s first ever NCAA Tournament berth. From there, McKinney and the Lady Owls pulled off a 67-64 upset over #4 seed UC Santa Barbara.

McKinney coached WAC Tournament MVP Marla Brumfield to Kodak All-America honorable mention and Kirra Jordan to the All-Tournament team. Both players went on to be drafted by the WNBA, a first for the Rice program. Brumfield was the 22nd pick of the draft by the Minnesota Lynx, while Jordan was selected 41st by the Seattle Storm.

Rice finished the 1998-99 season with a 20-12 mark and an appearance in the WNIT. McKinney’s squad played host to the school’s first ever postseason basketball game, a 65-58 victory over Miami (FL). The Lady Owls then defeated Baylor to advance to the WNIT quarterfinals.

In her fifth season at Rice, McKinney guided the 1997-98 Lady Owls to a 21-9 record, the first ever 20-win season in school history. The Lady Owls were 11-3 and finished tied for second in the WAC standings. Rice was rewarded with its first ever postseason advancement, as the Lady Owls earned a berth in the WNIT.

During her tenure at Rice, McKinney coached seven different players to all-conference honors a total of 12 times. Included in the list are five first-team selections. Brumfield was a two-time All-WAC selection. This past season, McKinney coached Lauren Neaves and Michelle Woods to second-team All-WAC status.

In addition to her outstanding accomplishments on the court, McKinney stresses success off it to her student-athletes. During her 12-year tenure at Rice, 100 percent of her four-year players have graduated. No stranger to hard work, McKinney spent the past eight seasons in the dual role of head women’s basketball coach and associate athletic director/senior women’s administrator. In addition to her head coaching duties, she supervised the women’s swimming, volleyball, and track and field programs.

McKinney served two years as head coach at NAIA school Montevallo (1984-85 and 1985-86), where she helped the Lady Eagles to a seven-win improvement and earned District Coach of the Year honors her second season.

McKinney made a name for herself among the coaching ranks as an assistant at Western Kentucky for nine seasons. She helped the Lady Hilltoppers to a 43-18 record during the 1982-84 seasons, before leaving for Montevallo. She then returned to serve as an assistant from 1986-93. During that seven-year span, McKinney helped Western Kentucky to a 169-47 record, seven NCAA appearances, and three straight “Sweet 16” appearances, and a Final Four appearance in 1992.

McKinney earned four letters as an accomplished forward for the N.C. State Wolfpack from 1976-79. Playing under current head coach Kay Yow, she scored 1,359 career points and pulled down over 600 rebounds. She shot 78.3 percent from the free throw line during her playing career.

She earned a B.S. degree in math education in 1979 from N.C. State. She then earned a M.A. degree in physical education while working as a graduate assistant at Western Carolina.

Formerly Cristy Earnhardt, she is married to Robert McKinney. The couple has been married 17 years.

Note: McKinney spent nine seasons as an assistant coach at Western Kentucky. The Lady Hilltoppers were 212-65 (.765) during that time.