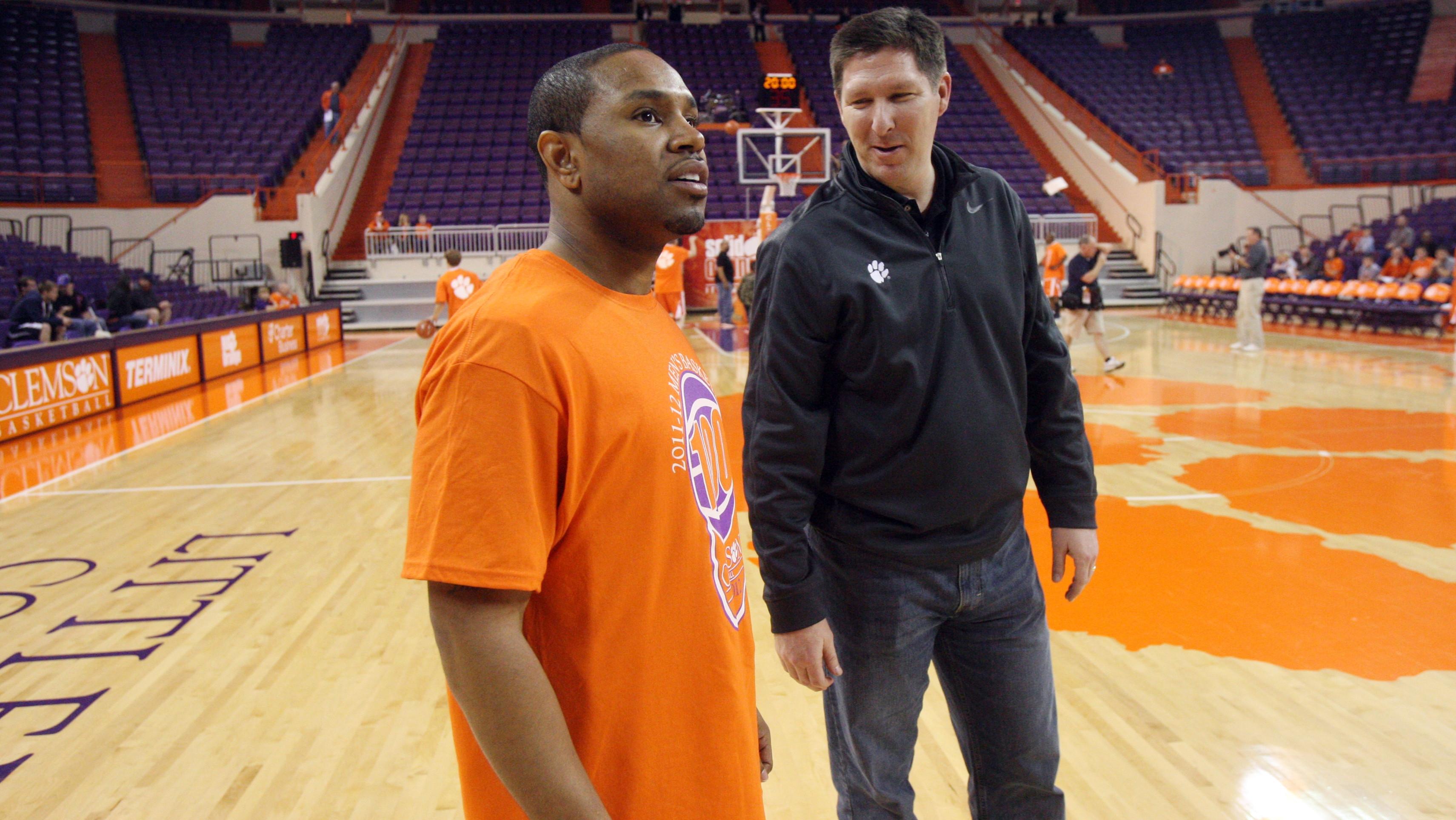 CLEMSON, SC – Former Tiger point guard Terrell McIntyre has pledged a significant contribution to be used toward enhancements to Clemson’s basketball facilities. McIntyre served as Clemson’s ACC Legend at the conference tournament in Greensboro, NC this past March.

“I wanted to give back because the university really did a lot for me,” McIntyre said. “I was in a situation where I was able to donate and help the basketball program, but that would not have been possible without my experiences at Clemson.

“Clemson is in the top conference in college basketball, and you want to be able to compete with other schools in recruiting. You want to have the best facilities. As a former player and as someone who is in position to help, I want to see Clemson be the best. Facilities play a big role, because prospects dream of playing in the best arenas.”

McIntyre, who played at Clemson from 1995-99, is No. 2 in school history with 1,839 points, 577 assists and 259 three-point goals. He earned All-ACC honors three different seasons and led the league in scoring at 17.9 points per game as a senior. He helped Clemson to three consecutive NCAA Tournament berths, including a Sweet 16 appearance as a sophomore in 1996-97. He has been inducted into the Clemson Hall of Fame and was also named to the 100th anniversary team in 2012.

He went on to a decorated and lengthy professional career overseas. He was named first-team All-Euroleague on two occasions and led Montepaschi Siena to the Italian A Series Championship four straight years. A three-time Finals MVP, McIntyre’s jersey was retired by Siena last September.

“Since I arrived on campus in 2010, we have worked hard to strengthen relationships with our alumni,” said Clemson Head Coach Brad Brownell. “I’m very excited by Terrell’s generous contribution. Like many former players, Terrell recognizes the significance Clemson has played in his life.”

Director of Athletics Dan Radakovich, who first met McIntyre this January at the program’s alumni reunion, hopes McIntyre’s gift is the first of many toward the planned basketball facility enhancements.

“I am grateful to Terrell for his gift,” Radakovich said. “Anytime student-athletes who have been a part of our program give back, it is special. I look forward to thanking Terrell in person for this tremendous gift.”