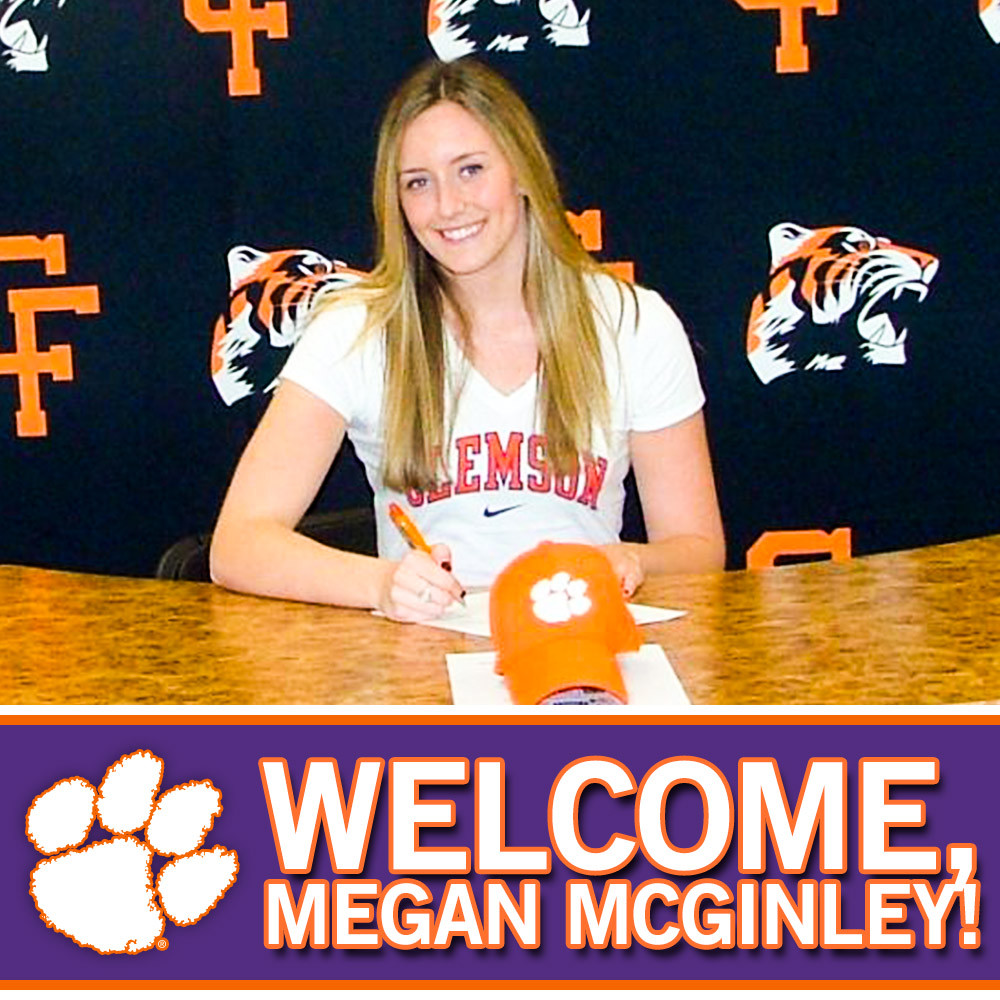 CLEMSON, S.C. – Megan McGinley, a native of Chagrin Falls, Ohio, begins her first semester of classes at Clemson today as a mid-year enrollee, kicking off her career as a Tiger. Head Coach Jolene Jordan Hoover announced the addition of McGinley to the 2015 class in November 2014.

McGinley will be a key part of the Tigers’ training this spring, after losing seniors Karis Watson and Beta Dumancic at the middle position after the 2014 season.