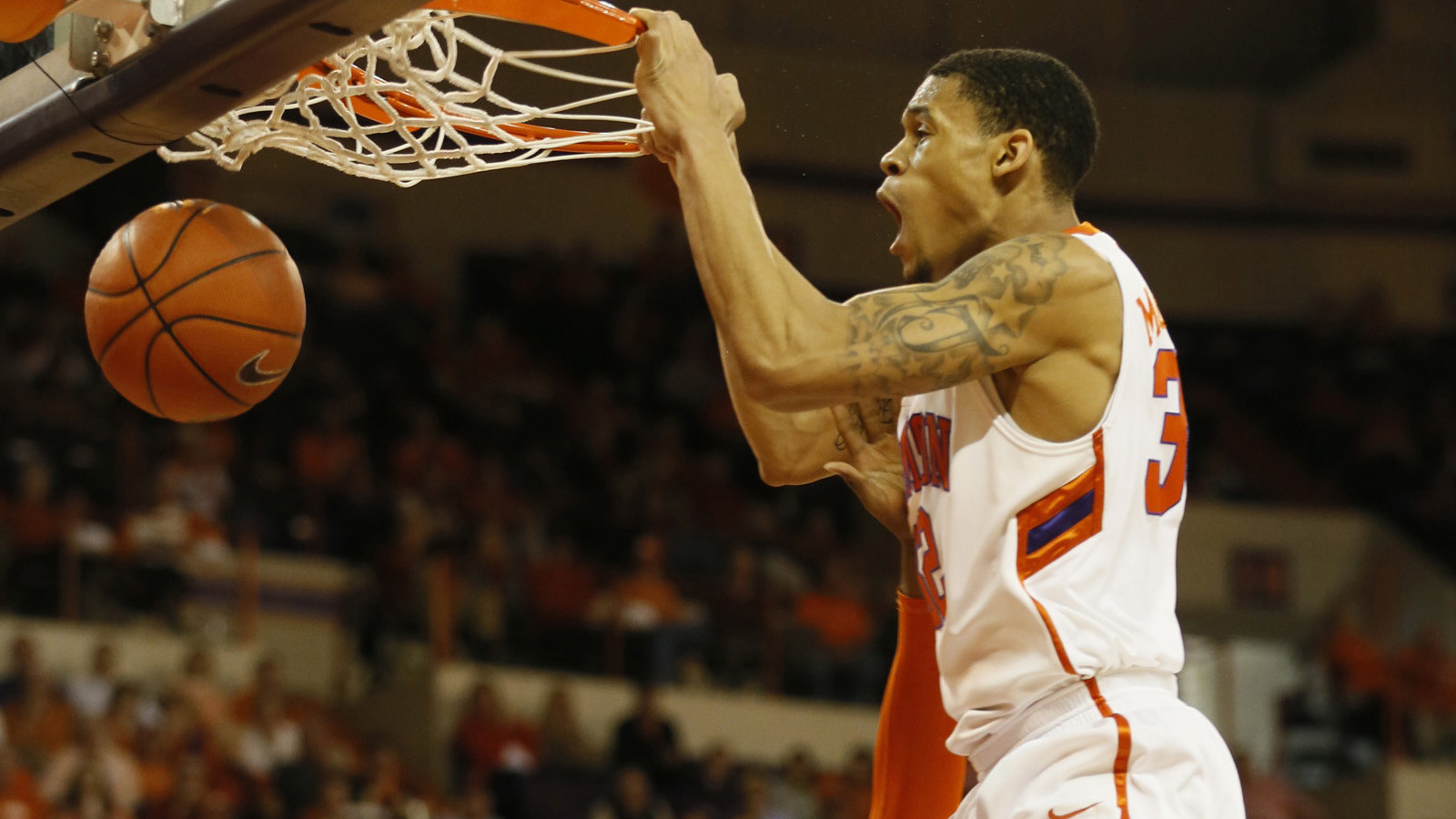 CLEMSON, SC – Clemson junior K.J. McDaniels has earned his second straight invitation to one of the prestigious Nike Elite Youth Basketball academies. The small forward will be one of 25 college players to compete at the LeBron James Skills Academy that will be held from Saturday through Monday, July 6-8 in Las Vegas, NV. He spent last weekend in Washington, D.C. at the Kevin Durant Skills Academy.

“The Durant camp was a great learning experience,” he said. “It was good competition featuring a lot of Division I players, but now I’m going to face even better competition at the LeBron camp. I hope to continue to polish my game and soak up knowledge while I’m there.”

McDaniels found himself matched up several times with Durant, the first-team All-NBA forward from the Oklahoma City Thunder.

“I had to defend him multiple times, it was a great experience,” he said. “It was definitely a confidence-builder for me.”

McDaniels will be Clemson’s leading returning scorer in 2013-14. He averaged 10.9 points and 5.0 rebounds per game as a sophomore. He led the ACC with 2.1 blocked shots per game, and increased his scoring average by over seven points per game from his freshman season.

Six players that participated in the 2012 LeBron James Skills Academy were chosen in the first round of the NBA Draft last week, including the No. 3 overall selection, Georgetown’s Otto Porter. An additional four players that were drafted in the second round also competed at the 2012 event.

The event consists of two workouts for college players on each of the three days.