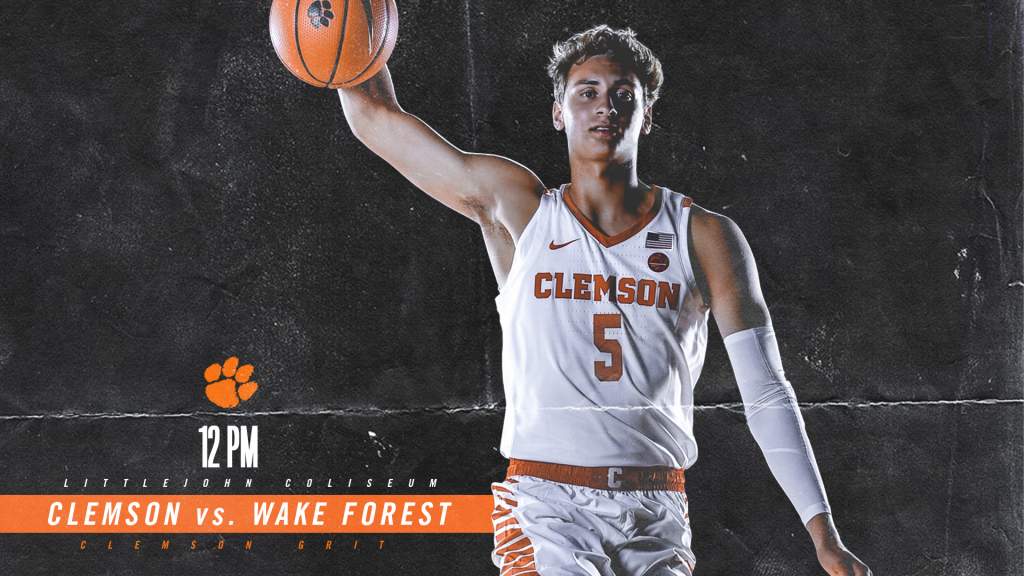 • Clemson will look for its sixth-straight victory in its series against Wake Forest and its second-straight ACC victory. The Tigers will also look to post its seventh-straight home win over the Demon Deacons.

• The Tigers faced off last season against the Demon Deacons in Winston-Salem and came away with a 75-67 victory. That game was also played on Feb. 3.

• Entering this afternoon’s game, according to KenPom, Clemson’s conference strength of schedule (+20.67) ranks second in the ACC behind Pittsburgh (+21.50) and is the third-toughest in the entire country behind Purdue (+20.93).

• Marcquise Reed moved into 27th on the all-time scoring list following his performance on Jan. 26 against NC State. Reed now has 1,190 points in his Clemson career.

• To put that into persepective, he is only one of five players in the entire country to post at least 19.5 points, 5.0 rebounds, 3.0 assists and 1.5 steals per contest this season.

• Clyde Trapp scored a career-high 16 points on 4-for-8 shooting, including shooting 4-for-7 from long range against Pittsburgh (Jan. 29).

• Javan White turned in his best game as a Tiger to date against Pittsburgh (Jan. 29). White scored a season-high 10 points and grabbed a season-high seven rebounds in 16 minutes of action.