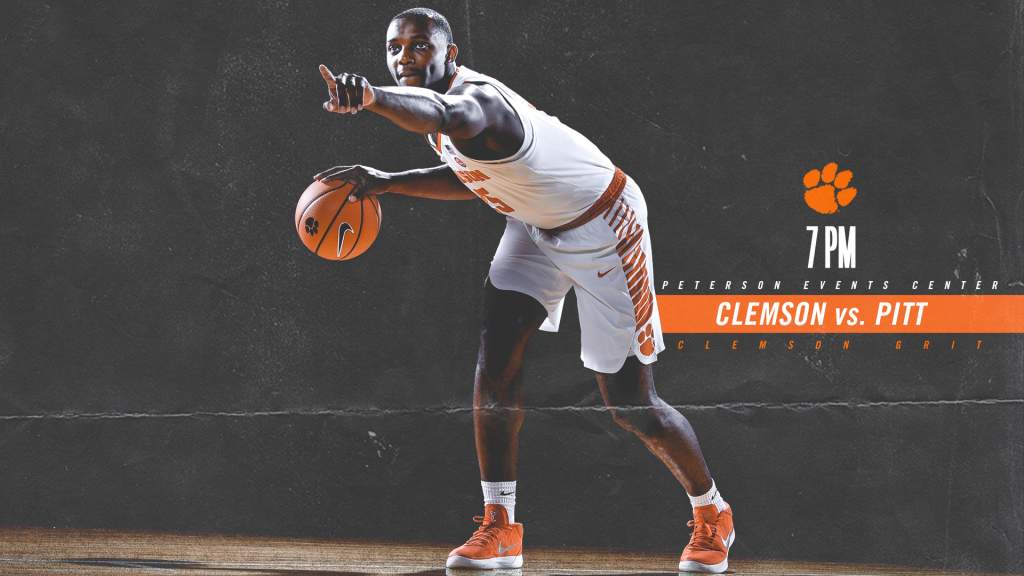 • The Clemson Tigers will look to continue its strong play after a 10-point win over Boston College on Feb. 23 when it travels to Pittsburgh. Tipoff from the Peterson Events Center is scheduled for 7:05 p.m. ET.

• The contest will be televised on Fox Sports South via Raycom Sports with Tom Werme and Debbie Antonelli calling the action courtside, while Don Munson and Tim Bourret will be on the radio waves. The radio call will be available on the Clemson Tigers Network and Tunein.com.

• The Tigers will look for its sixth-straight victory over Pittsburgh tonight, including a season-sweep of the Panthers.

• Clemson ranks fourth in the ACC in scoring defense (64.3 points allowed per game) and second in conference games (62.9).

• According to KenPom, Clemson’s adjusted defensive efficiency now ranks 15th in the country (92.2).

• The Tigers’ head man will also look for his 166th career victory at Clemson. He is currently just 12 shy of tying Cliff Ellis for the most in program history (177).

• Marcquise Reed is one just two guys in the country to average at least 19.0 points, 5.5 rebounds, 3.0 assists and 2.0 steals per game this season.

• Reed jumped into 18th on the all-time scoring list. Reed now has 1,342 points in his Clemson career.

• Thomas is 10th in program history with 164 career blocks at Clemson and also stands fourth in Clemson history with a 1.91 blocks per game average.

• Thomas surpassed 900 career points (907) and is nearing 600 career rebounds (595) in a Clemson uniform. He would become the 21st player in program history to achieve that feat.

• Shelton Mitchell is approaching the 325-assist mark in his career and has 304 following the Tigers’ win over Boston College.