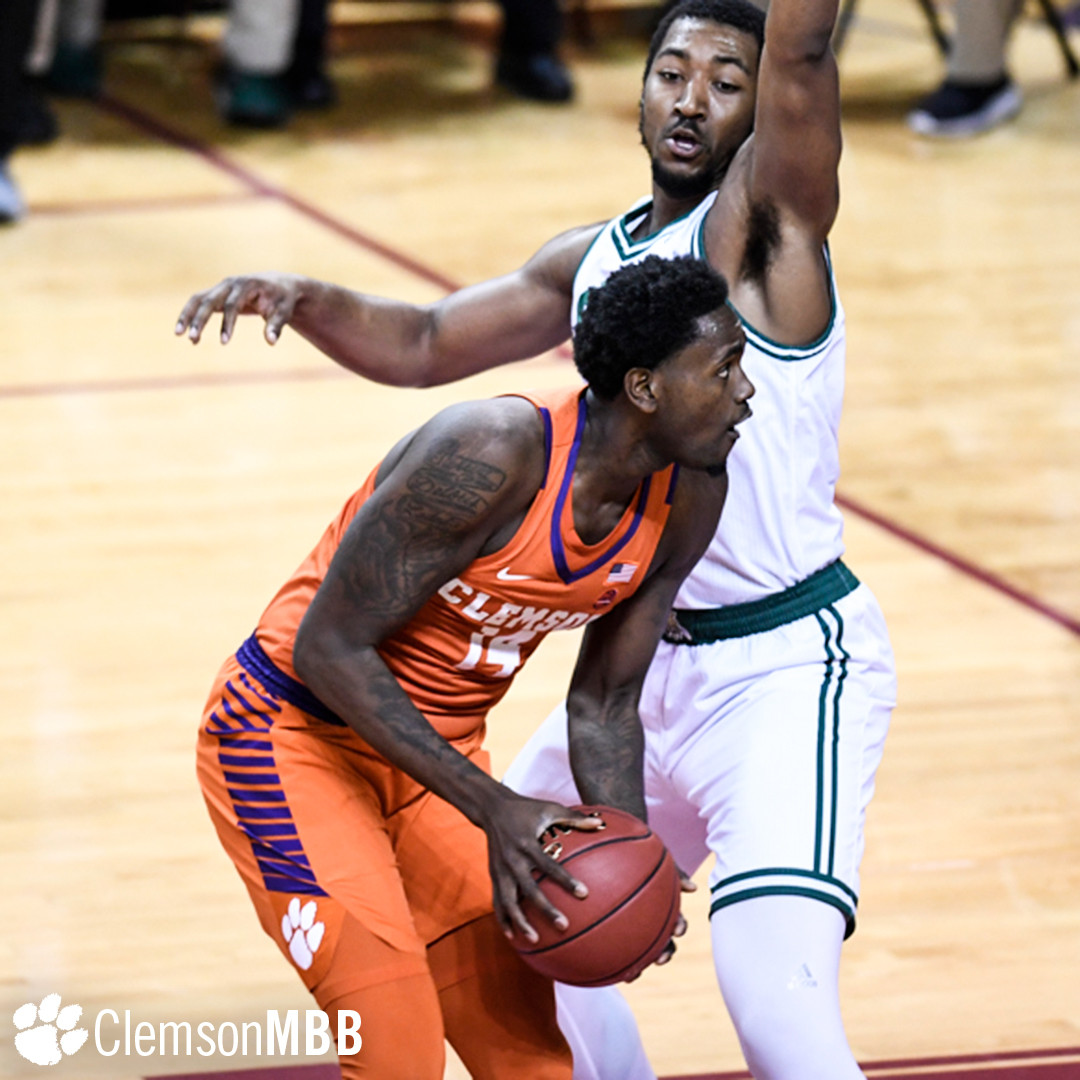 CLEMSON, S.C. — Elijah Thomas became the first Clemson Tiger in nine years to notch at least 15 points and 15 rebounds in the same game. Former Tiger and current Brooklyn Net forward Trevor Booker scored 15 points and grabbed 16 rebounds on the exact same day in 2008 in the exact same gym. Thomas scored 17 and pulled down 15 boards, both career-highs, in Clemson’s 81-76 win over Ohio in the first game of the 2017 Charleston Classic.

Helping Thomas was Donte Grantham who went off for a season-high 20 points on 6-for-9 shooting, including a perfect 6-for-6 at the foul line. Shelton Mitchell reached double-figures with a season-high 16 points and dished five assists. Marcquise Reed was the fourth double-figure scorer and poured in 12 points.

Ohio tried to claw its way back, but Clemson would fend off the Bobcats’ attempted rally and secure the five-point win with clutch free throw shooting down the stretch.

All three games this season, the Tigers have managed to reach the charity stripe at least 20 times and finished 23-for-28 on Thursday night. The Tigers also won the rebounding battle for the third consecutive game, 35-28.

The Tigers return to the court on Friday, Nov. 17 at 9:30 p.m. against the winner of the Dayton and Hofstra game.

Notes: Elijah Thomas notched his third career double-double with 17 points and 15 rebounds … Thomas became the first Clemson player to achieve at least 15 points and 15 rebounds since Trevor Booker did it on the exact same date in the exact same gym nine years ago (11/16/08) vs. Temple … for the third-straight game the Tigers boasted at least four double-digit scorers … Donte Grantham became the first Tiger this season to eclipse 20 points in a game (season-high) … Shelton Mitchell notched a season-high with 16 points … for the third-straight game, the Tigers got to the foul line 20+ times – shooting 23-for-28 … the Tigers shot a season-best 58.6 percent from the field in the first half … with the win, the Tigers move to 7-2 all-time against members of the MAC … Clemson has started the season 3-0 in two of the past three seasons … Clemson moves to 62-28 all-time in the month of November under the direction of Brad Brownell … coach Brownell is now just six wins shy of 300 for his career (294).