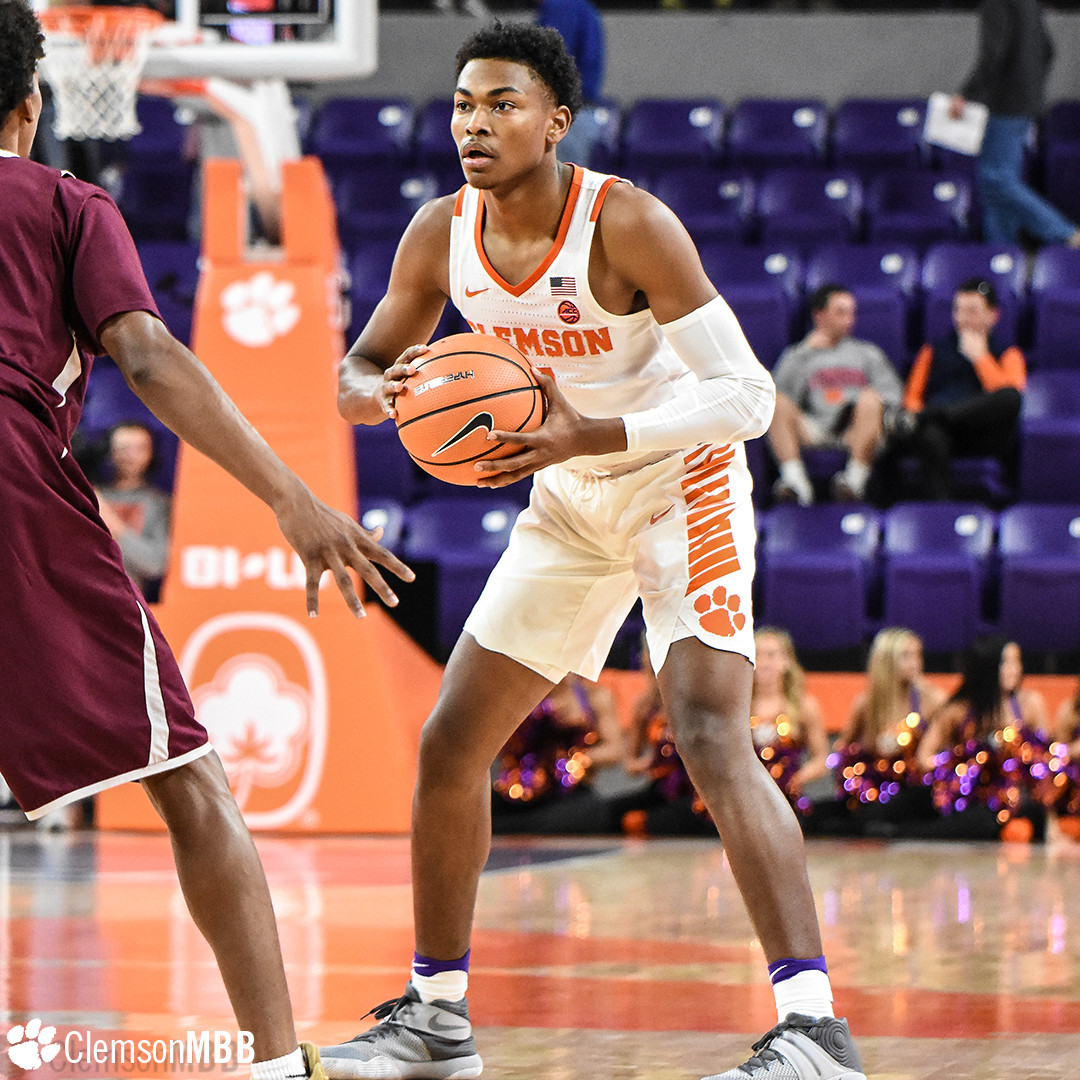 • Clemson will face-off against UNC Asheville for the eighth time in program history this afternoon.• The Tigers are 7-0 against the Bulldogs and have not met since the 2004-05 season.• Clemson is 116-23-1 all-time against members of the Big South, including an 89-11-1 (.891) mark at home.• In Clemson’s wins over UNC Asheville, the Tigers have averaged 76.1 points per game, while allowing 51.0 points per contest.• The series between both programs began in the 1979-80 season.

TIGER TRACKS• Clemson matches its best start to a regular season since the beginning of the 2013-14 campaign.• Wednesday’s win over Ohio State marked just the third time this decade that Clemson overcame a halftime deficit of seven points or more to win.• Also with the win, the Tigers handed the Buckeyes just its 23rd overall home loss and third non-conference home loss to OSU since 2009-10.• The Tigers improved to 10-7 all-time in the Big Ten/ACC Challenge and 2-0 all-time against Ohio State.• Marcquise Reed set a new season-high with 22 points; as did freshman Aamir Simms with seven points.• 63.0 percent shooting in the second half against the Buckeyes was a season-best for the Tigers.• The 65 points allowed to OSU was their second-fewest of the season.• The Tigers are 65-29 all-time during that month under coach Brad Brownell.• Coach Brownell is just three wins shy of 300 for his career (297).