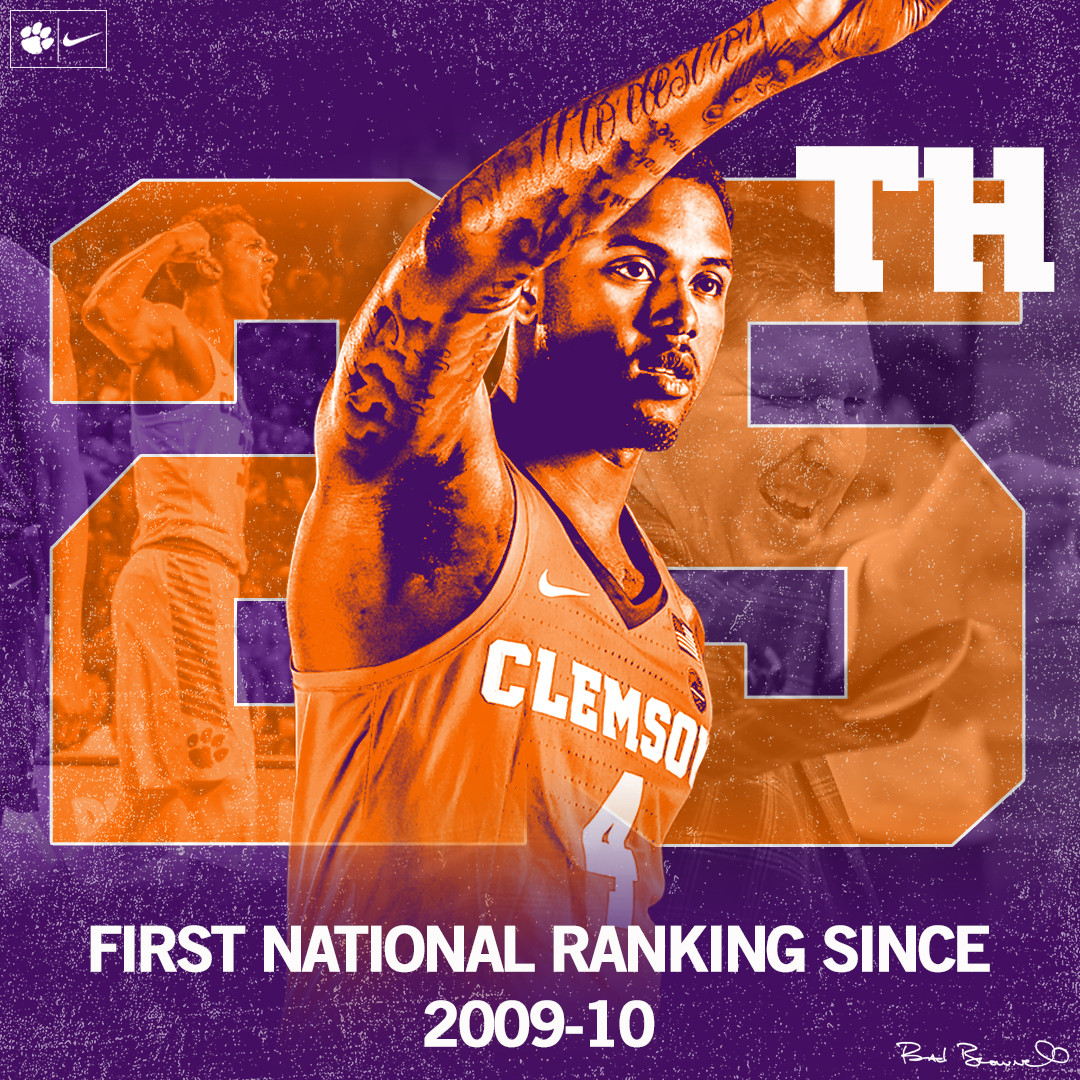 This marks the first time the Tigers have been ranked by one of the major polls since Jan. 25, 2010 when Clemson was ranked 21st by USA Today – the Tigers were not ranked by the AP that week.

With Clemson football ranked No. 1 in all polls, it is the first time Clemson has been ranked in both football and men’s basketball since that Jan. 25, 2010 date.

Historically, this is the 32nd time Clemson has been ranked in the top 25 by the AP in football and men’s basketball at the same time.