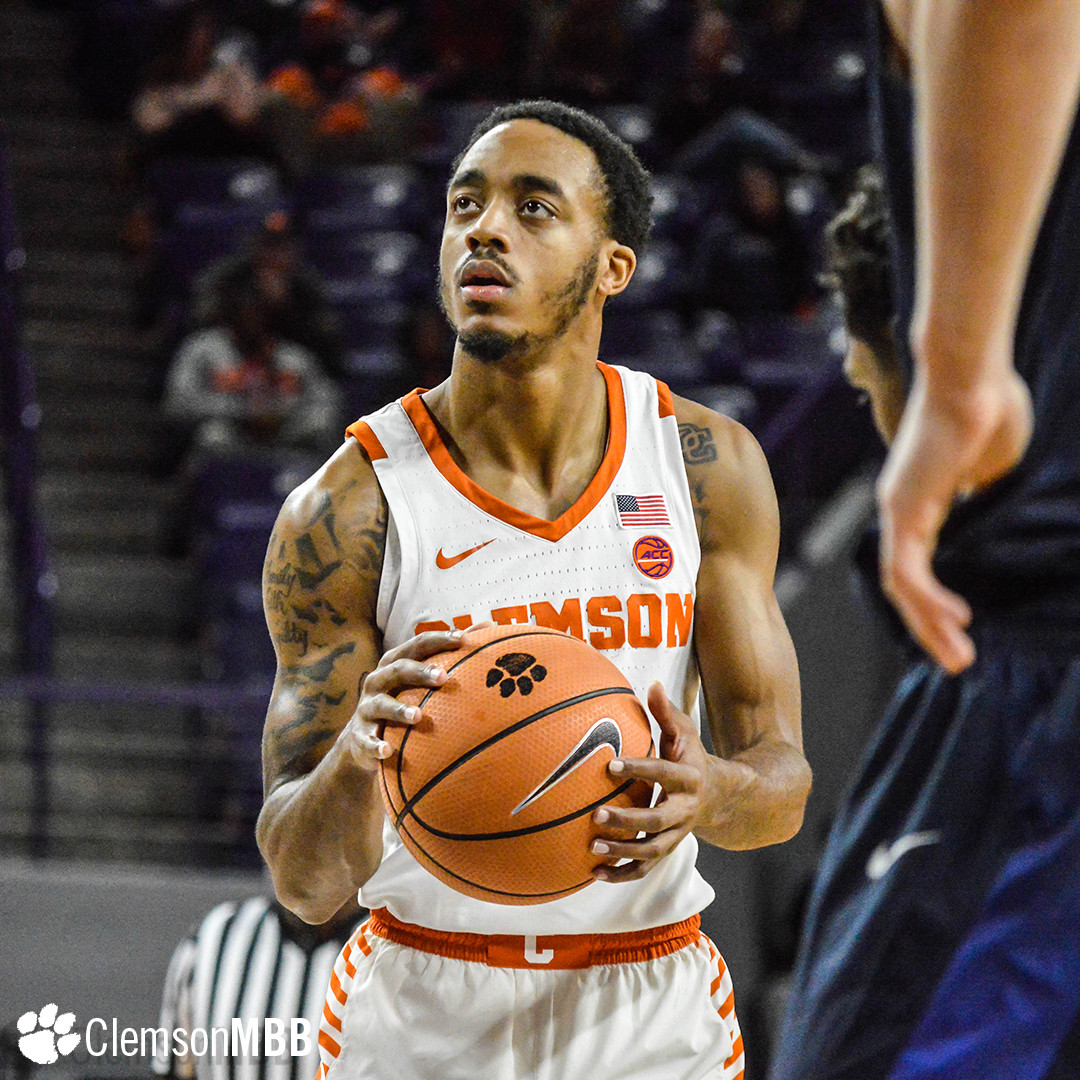 CLEMSON, S.C. — Clemson University men’s basketball overcame a 12-point second-half deficit and utilized a 14-2 run late in the second half to come back and bite the No. 22 ranked Florida Gators, 71-69, at the 2017 MetroPCS Orange Bowl Classic on Saturday evening.

Marcquise Reed led the Tigers (9-1) with 22 points on the night, including 13 in the second half. With a jumper at the top of the key with 3:25 left in the second half, Reed eclipsed the 1,000-point scoring mark for his career.

Also finishing in double-figures was Gabe DeVoe with 19 points, while Donte Grantham and Shelton Mitchell finished with 11 and 10 points, respectively.

Although he only posted four in the scoring column, Elijah Thomas made a huge impact on the game with a game-high 10 rebounds (his fourth double-digit rebounding game of the season).

After going into the break trailing by seven points, the Tigers (9-1) found themselves down by a game-high 12 points early in the second half at 47-35 with 17:24 left.

A 10-0 run culminating with a Gabe DeVoe triple in the corner gave Clemson its first lead since a 2-0 advantage at the 17:02 mark of the first half.

Over the remaining 5:40, the Tigers allowed the Gators to score just three points en route to a big two-point victory.

The win marked the 300th of head coach Brad Brownell’s career. The win also signified Clemson’s eighth all-time win over a ranked opponent in non-conference play. Of those eight wins, three have come under the direction of coach Brownell.

“Obviously a terrific win for our team. I couldn’t be more proud of our players. This was a hard fought game,” said coach Brownell. “For most of the game, it felt like Florida was in control. I think we did a good job of battling back. I think we battled back well during the second half. I told the guys that this was going to be a game of runs. A lot of credit to my players who just keep on playing. We put our head down and finally got consecutive stops and then Marcquise Reed got rolling for us and created some big time offense for us. I thought we played smart down the stretch when we needed to finish the game.”

Notes: Clemson improves to 9-1 on the season … the Tigers improved to 11-9 all-time against Florida … the Tigers handed the Gators just their third all-time loss in the Orange Bowl Classic and snapped a seven-game winning streak in the event … the win was the eighth win over a ranked opponent in non-conference regular season play all-time and the third time its happened under head coach Brad Brownell (vs. Arkansas, 2014-15; at South Carolina, 2016-17) … the win marked coach Brownell’s 300th career victory and his 133rd at Clemson (just six wins shy of passing Oliver Purnell for third on Clemson’s all-time win list) … also with the win, the Tigers overcame its second halftime deficit of seven points to win (last time to happen at least twice was 2008-09) … Tigers are the second team this season to top Florida after the Gators held a first half lead (Duke – 11/26) … with a jumper late in the second half Marcquise Reed eclipsed the 1,000-point mark of his career (1,004 career points) … Reed’s 22 points marked the eighth 20-point outing by a Tiger this season … Clemson got to the foul line 30 times for the third time this season … Elijah Thomas finished with a game-high 10 rebounds – his fourth double-digit rebounding game of the season and the sixth of his career … Clemson held Florida 18.6 points below their season average of 87.6 … with Florida State dropping a game to Oklahoma State earlier in the day in the OBC, it marks just the first time since 1999 that both Florida and Florida State suffered losses in the Orange Bowl Classic.