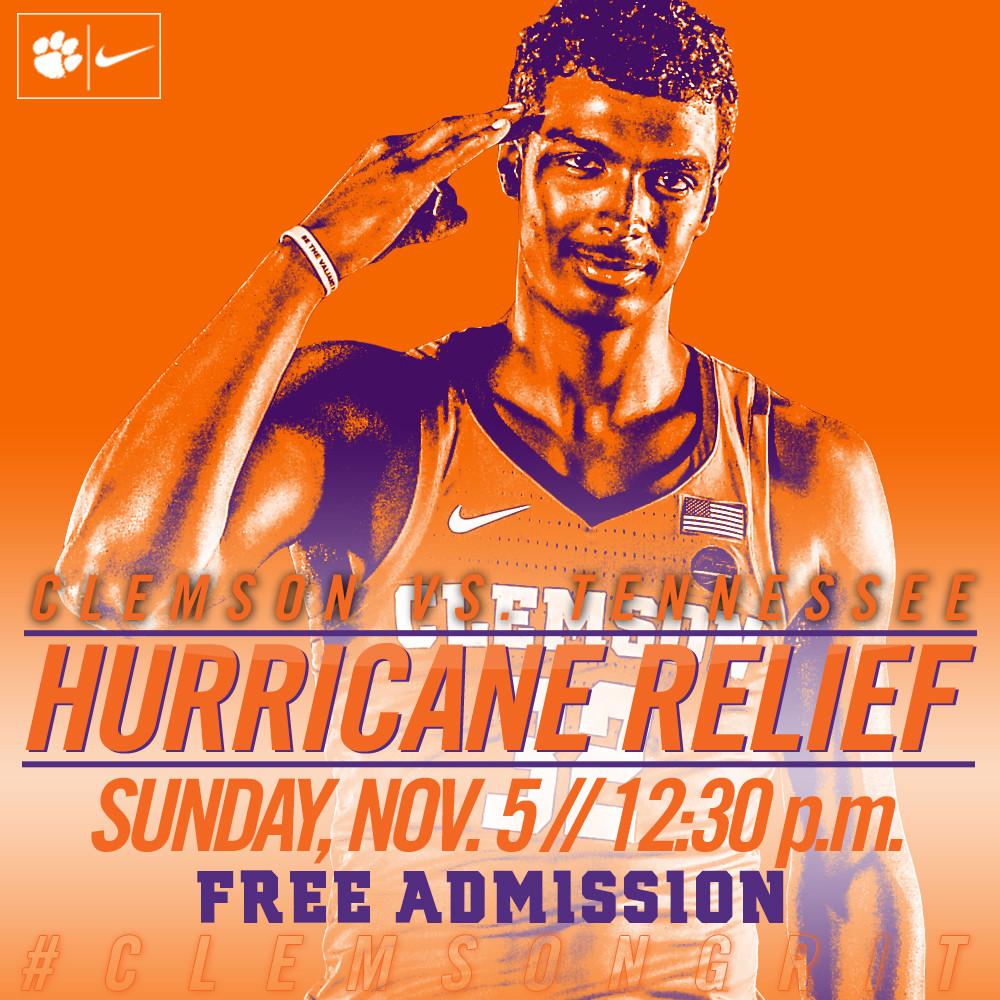 CLEMSON, S.C. — The Clemson and Tennessee men’s basketball teams will square off in a charity exhibition game on Sunday, Nov. 5, at Littlejohn Coliseum, both schools announced today. Proceeds from the game will go toward hurricane relief efforts.

The contest will begin at 12:30 p.m. ET and will play as part one of the event’s doubleheader with the women’s basketball team playing host to Belmont Abbey College with a tip time of 5 p.m.

Admission for the event is FREE.

Clemson and Tennessee were granted permission from the NCAA to play the extra exhibition game. While admission is free, fans are encouraged to make donations at the game which will benefit the Salvation Army’s continued hurricane relief efforts in both Florida and Texas.

The Tigers host Augusta University in a public exhibition on Thursday, Nov. 2, and open the regular season eight days later against Western Carolina on Nov. 10. Tickets are on sale by calling 1-800-CLEMSON or visiting ClemsonTigers.com.