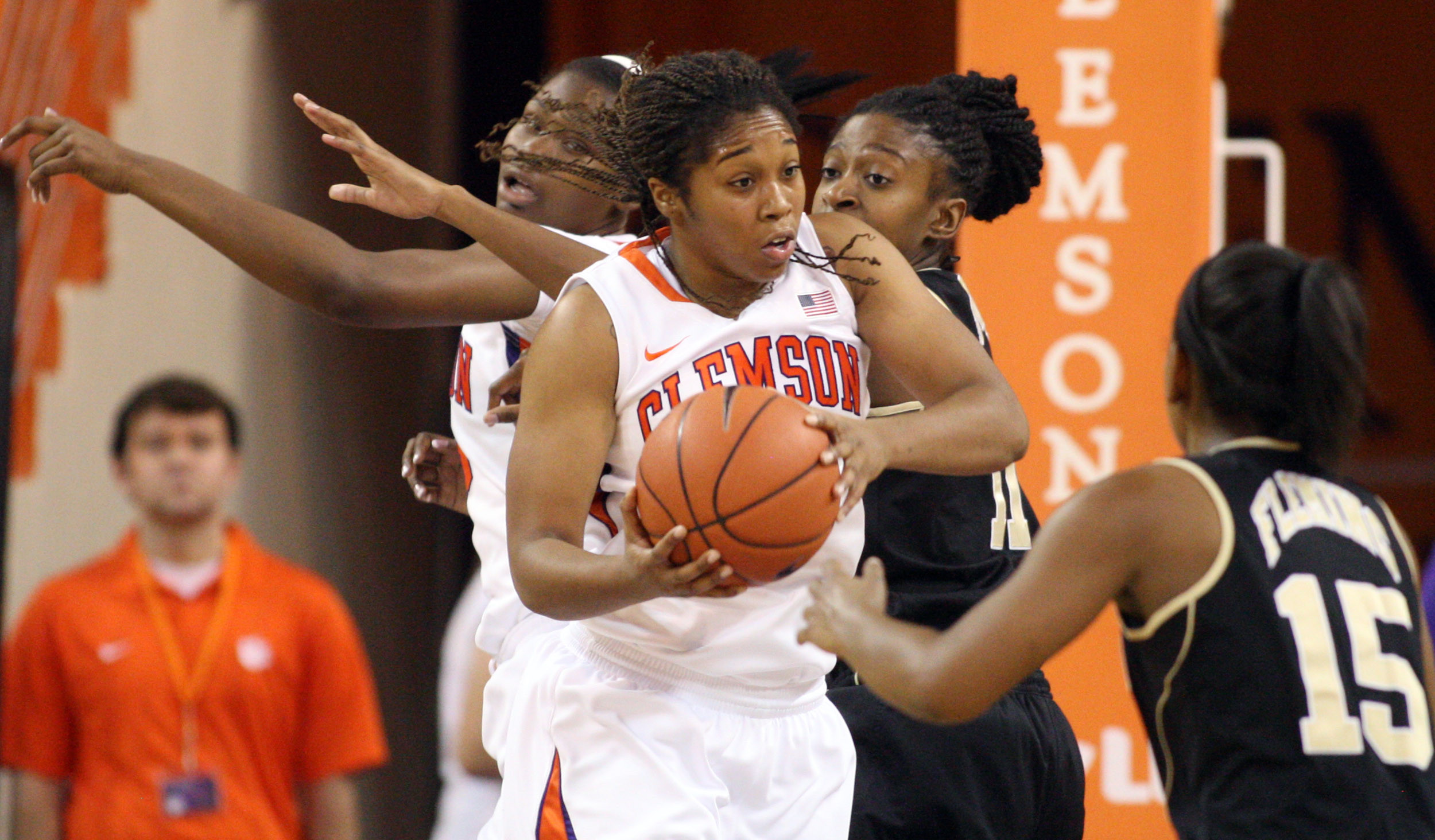 CLEMSON, SC – The Clemson women’s basketball team fell to Cal State Northridge (1-2), 69-53, on Sunday in Littlejohn Coliseum. Clemson (1-2) got 23 points from junior Nikki Dixon off the bench, but no other Tiger scored in double-figures in the contest.  The Tigers will play against South Carolina on Wednesday at 7:00 pm in Littlejohn, and will pit college teammates Audra Smith and Dawn Staley against one another on the sidelines for the first time as head coaches.   Clemson got off to a slow offensive start before pulling within one at 18-17, but the Matadors went on a 14-2 run over the next seven minutes to propel them to a 34-21 lead at the half.  In the second frame, the Matadors stretched their lead to 20 before Clemson clawed it back down to 14 after a pair of fast break lay-ins. The Tigers got no closer than 16, on a hoops from Abrea Harris with just seconds remaining.  Sade Chatman and Charmaine Tay each had six rebounds to lead the Tigers, while Tay and Chelsea Lindsay had two assists apiece.  The MAtadors got 24 points from Cinnamon Lister, 16 from Ashley Guay, and 12 from Camille Mahlknecht. The Matadors shot .433 (26-60) from the field, while holding the Tigers to a .322 (19-59) mark.  Dixon hit all three of Clemson’s three-point goals, and nabbed five rebounds in 24 minutes.  Player of the Game: Nikki Dixon – The junior from Alpharetta, GA scored 23 points on 7-17 FG and a 6-6 mark from the free throw line. 16 of those came in the second half. Stat of the Game: 63 – CSUN’s starters combined for 63 points in the game, while the Tigers’ combined for just 18 points.  Notes:

Audra Smith Quotes: Opening Statement: “I have to give all the credit to Cal State Northridge. They came out and played with a ton of heart and a bunch of effort. I told our team that they (Cal St.) was going to come out and run up and down the court and they did. They’re a run and gun team and in their two losses they averaged over 70 points per game. In the second half, though, we came out and started to execute a little better and started competing.” On preparedness of team: “We saw two films on them and we watched them. That’s the kind of game they play. They come and spread you out and they want to shoot from three. They’re the type of team where they don’t care if you score, they’re going to get up and down and make shots. We told our team exactly what they (Cal State) were going to run and they stuck to their game plan.” On play of Nikki Dixon: “Nikki needs to bring that in the first half. You’ll notice that she’s coming off the bench but Nikki needs to come out and do that the first half. She needs to step up and play from the jump and that’s where we need to work with her to get better. We need to battle from start to finish, from the jump.” [<a href=”//storify.com/ClemsonTigers/clemson-v-cal-state-northridge-nov-17-2013″ mce_href=”//storify.com/ClemsonTigers/clemson-v-cal-state-northridge-nov-17-2013″ target=”_blank”>View the story “Clemson v. Cal. State Northridge (Nov. 17, 2013)” on Storify</a>]