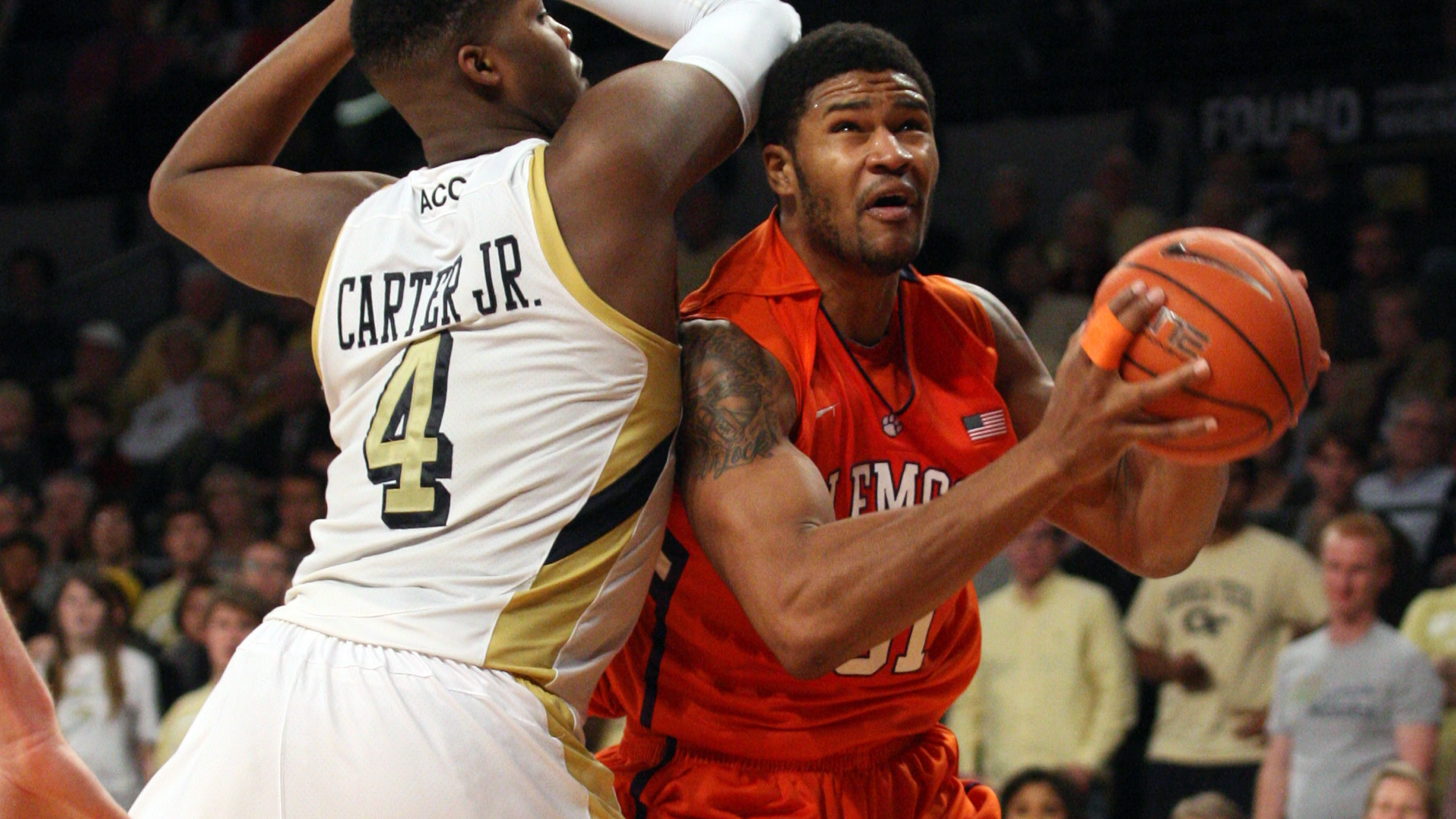 Maryland Too Much for Clemson in College Park, Tigers Fall 72-59

COLLEGE PARK, MD – Maryland put together a 21-8 run in the first eight minutes of the second half to pull away to a 72-59 victory over Clemson on Saturday at the Comcast Center. The win improved the Terrapins’ record to 19-8 overall, 7-7 in the ACC. With the loss, Clemson fell to 13-13 overall and 5-9 in league play.

Devin Booker led the Tigers once again on the road, making 5-of-10 field goals and 6-of-9 at the line for a 16-point effort. Jordan Roper added 13 points, while Milton Jennings scored 10 with a team-best nine rebounds. Maryland was led by Nick Faust with 18. The Terps shot 47.6 percent and won the rebound margin by 10, its season average. The Tigers shot 44 percent but were guilty of 11 turnovers, losing that battle by three.

Booker and Jennings provided a strong start, scoring Clemson’s first 10 points as the Tigers jumped out to an early six-point lead. Up 16-12 after a three by Roper, Maryland then executed an 8-0 run over the next two and a half minutes. The teams exchanged baskets the next few possessions until a breakaway dunk by Jake Layman made it 24-20. Two straight putbacks by Charles Mitchell made it an eight-point cushion with 7:37 to play.

Maryland led 32-22, but Clemson forced a few turnovers and converted on the offensive end to pull back within six at the final first half timeout. Roper’s second trifecta pulled Clemson within two at 34-32, and the Tigers trailed by just three at half after a free throw from Maryland’s Seth Allen in the final seconds.

The Terps stretched the lead to start the second frame, scoring seven straight to move ahead 44-35 to force a Clemson timeout. The lead moved to 16 on a length of the floor break that ended with an Alex Len layup, with Maryland ahead 56-40. A three-point play by Roper pulled Clemson to within 10 at 59-49 with 6:16 to play, but Faust quickly answered with another long three.

Maryland’s lead never fell below 10 the rest of the game, as Booker was relegated to the bench for several minutes after being poked in the eye.

The Tigers return home to face the University of North Carolina on Thursday, Feb. 28. The game will be televised by ESPN and is slated to tip off at 7:00 PM from Littlejohn Coliseum.