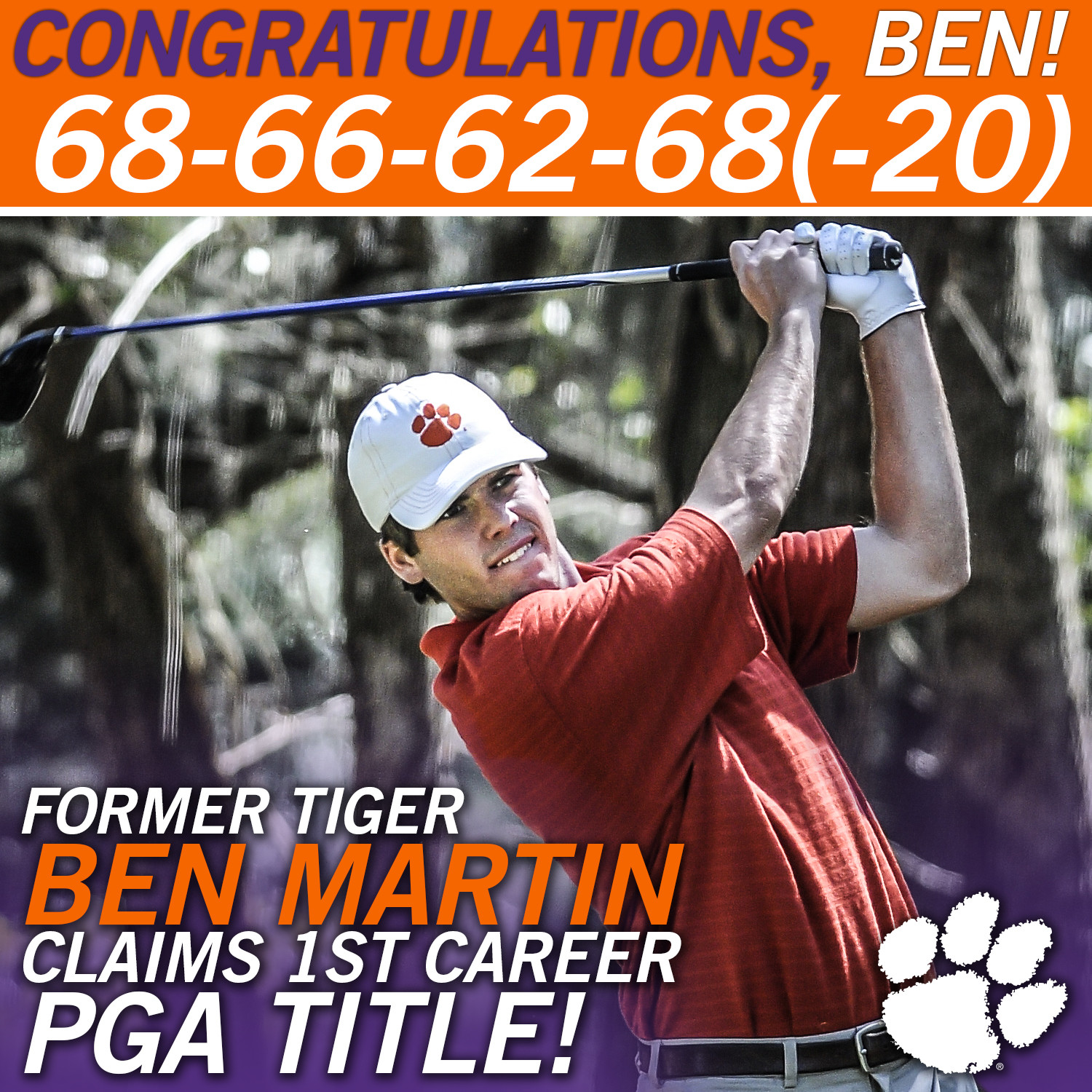 It was the first PGA Tour win for Martin, who is in his third year on the PGA Tour. Martin is the ninth winner of the tournament to make a victory in Las Vegas his first career victory. That list includes Tiger Woods, who made his first PGA victory at this event in 1996.

LISTEN || Will Haskett of PGA TOUR Radio and SiriusXM and PGATOUR.COM calls Ben Martin’s 46 foot eagle putt at No. 16 in the final round at Shriners Hospitals for Children Open.

Martin is coming off his best season as a professional. He finished 70th on the PGA Tour money list and 58th in the FedEx Cup Standings for the 2013-14 season. He had three third-place finishes and seven top 25 finishes on the way to making $1,482,00 million.

Martin was a four-year starter for the Clemson golf team between 2006-10. He was three-time All-ACC and three-time Academic All-ACC. He was named to the Coaches Association Scholar Athlete team in 2009 and 2010. As a senior he finished third at the NCAA Regional and 10th at the NCAA National Tournament at The Honors Course in Chattanooga, Tenn. He was a starter along with current PGA Tour players Kyle Stanley and Sam Saunders on Clemson’s 2007-08 team that finished fifth in the nation.

The native of Greenwood, S.C. was the 2009 runner-up at the US Amateur Championship and played in the 2010 Masters as an amateur. He also qualified for two United States Open Tournaments during his Clemson career, the only Clemson golfer to do that as a Clemson student.

Martin is the seventh different former Clemson golfer to win a PGA Tour event, the first since Kyle Stanley won the Waste Management Invitational in Phoenix in February of 2012. Other former Tigers to win PGA Tour events are Dillard Pruitt, Clarence Rose, Jonathan Byrd, Lucas Glover, D.J. Trahan and Stanley. This is the 14th PGA Tour event won by a former Clemson player.