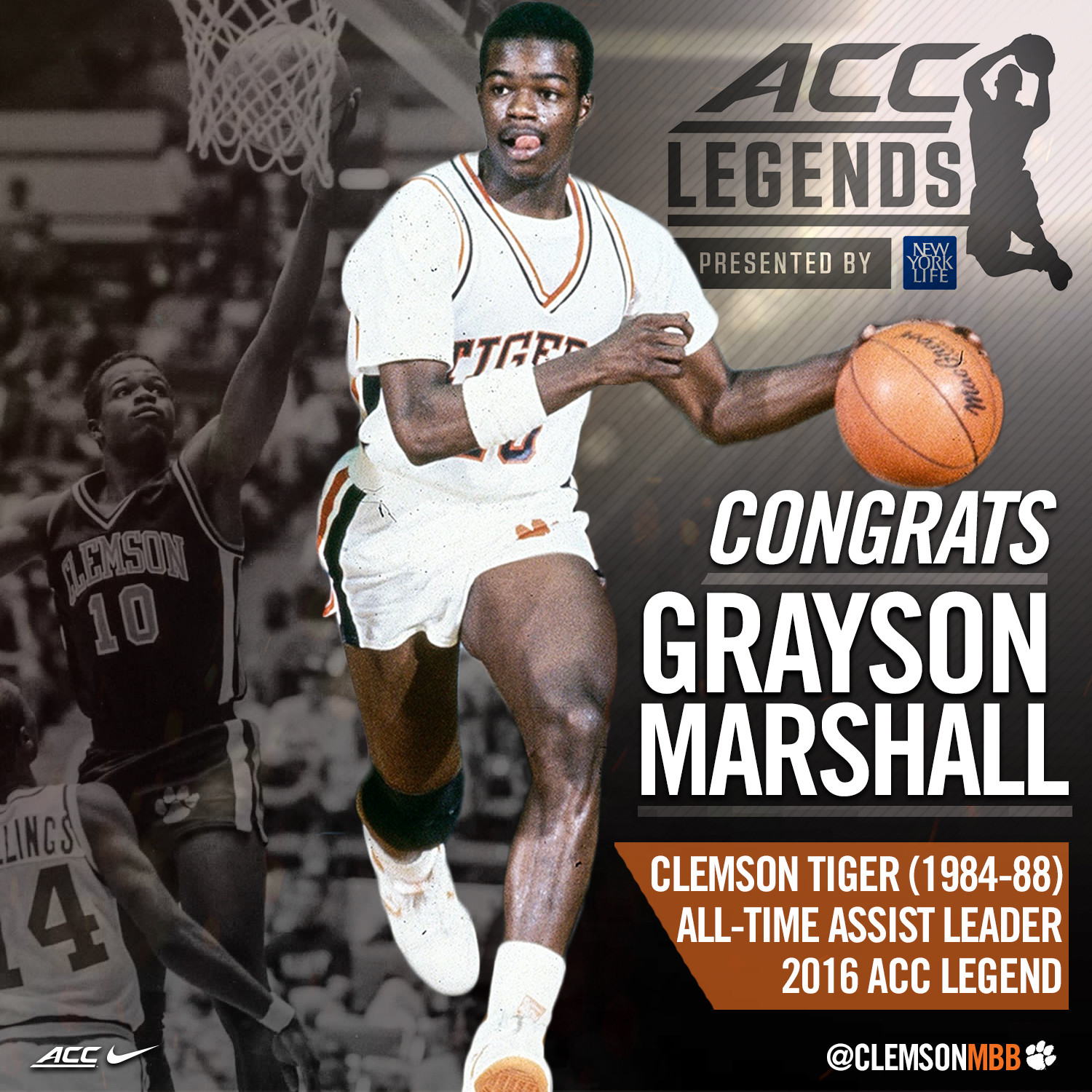 CLEMSON, S.C. — Career assists leader Grayson Marshall has been named Clemson’s 2016 ACC Basketball Legend. Marshall will be honored in his hometown of Washington, D.C., at the 2016 ACC Tournament on Friday, March 11 during halftime of the first semifinal game in the Verizon Center.

“As other conferences have grown, college basketball legends still continue to reside in the Atlantic Coast Conference,” Marshall said. “To be considered an ACC Legend over all the years and players that have passed through this great league is humbling. Whenever you’re fortunate to be around the greats of college basketball, like I’ll be for this event, is truly special.

“My junior year at Clemson, I wanted to play in the ACC Tournament in the Capital Centre that year and couldn’t because I was hurt. To have my career acknowledged in my hometown at the Verizon Center is a blessing. You couldn’t write a better script. My only regret is my dad won’t get to celebrate with me, but my mother and sister will be there sharing in this accomplishment.”

Marshall still ranks fifth in ACC history with 857 career assists, which is also a top 25 number in the NCAA’s record book. He helped the Tigers to postseason play each of his four seasons from 1984-88, and was a key piece to Clemson’s 1986-87 team that set the school record with 25 wins.

Marshall had a 20-assist performance against Maryland Eastern Shore in 1985-86, a school record that still stands today. It is still tied for most in a game by an ACC player. Marshall is Clemson’s career assist-turnover ratio leader with a 2.47 figure. Following his playing days, he has enjoyed success as a high school basketball coach, an entrepreneur and an inspirational speaker.