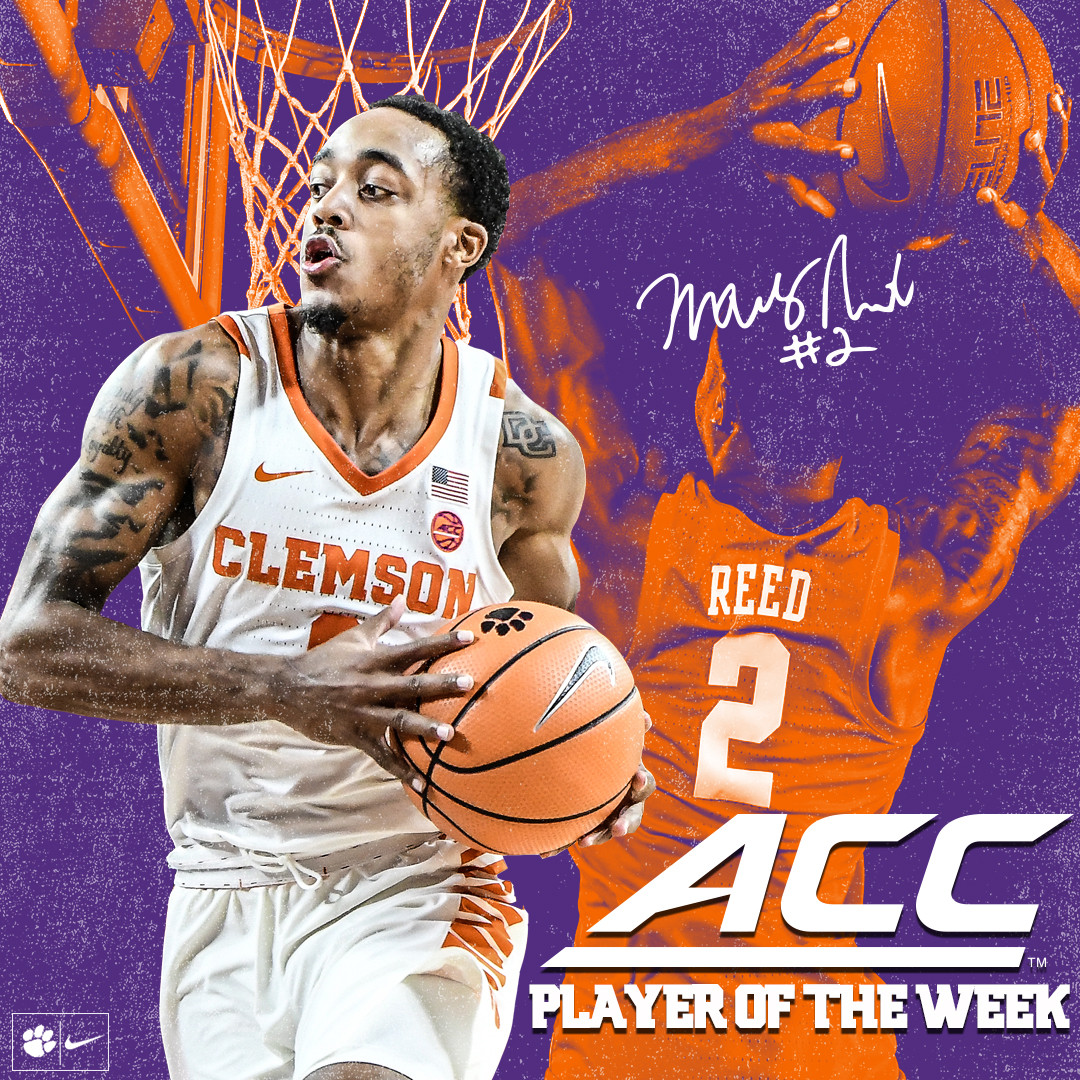 GREENSBORO, N.C. — Redshirt-junior guard Marcquise Reed was named ACC Player of the Week, as voted on by media members, for his performance in Clemson University men’s basketball’s win over Florida in the 2017 MetroPCS Orange Bowl Classic last Saturday.

Reed tied his season high with 22 points on 6-of-8 shooting from the floor, including 9-for-11 from the foul line. He showed how clutch he has been this season, scoring 13 of his 22 points in the second half. Eight of the 13 points came in the last five minutes of the contest.

He also finished with five boards and a game-high six assists. It was Reed’s second 20-point game of the season and 15th of his career.

With a jumper at the 3:25 mark of the second half, Reed eclipsed 1,000 career points (475 at Clemson; 529 at Robert Morris). He earned game MVP honors for his performance.

Reed is the first Tiger to earn ACC Player of the Week honors since Jaron Blossomgame on Jan. 18, 2016. He is the fourth player to earn the award under head coach Brad Brownell.