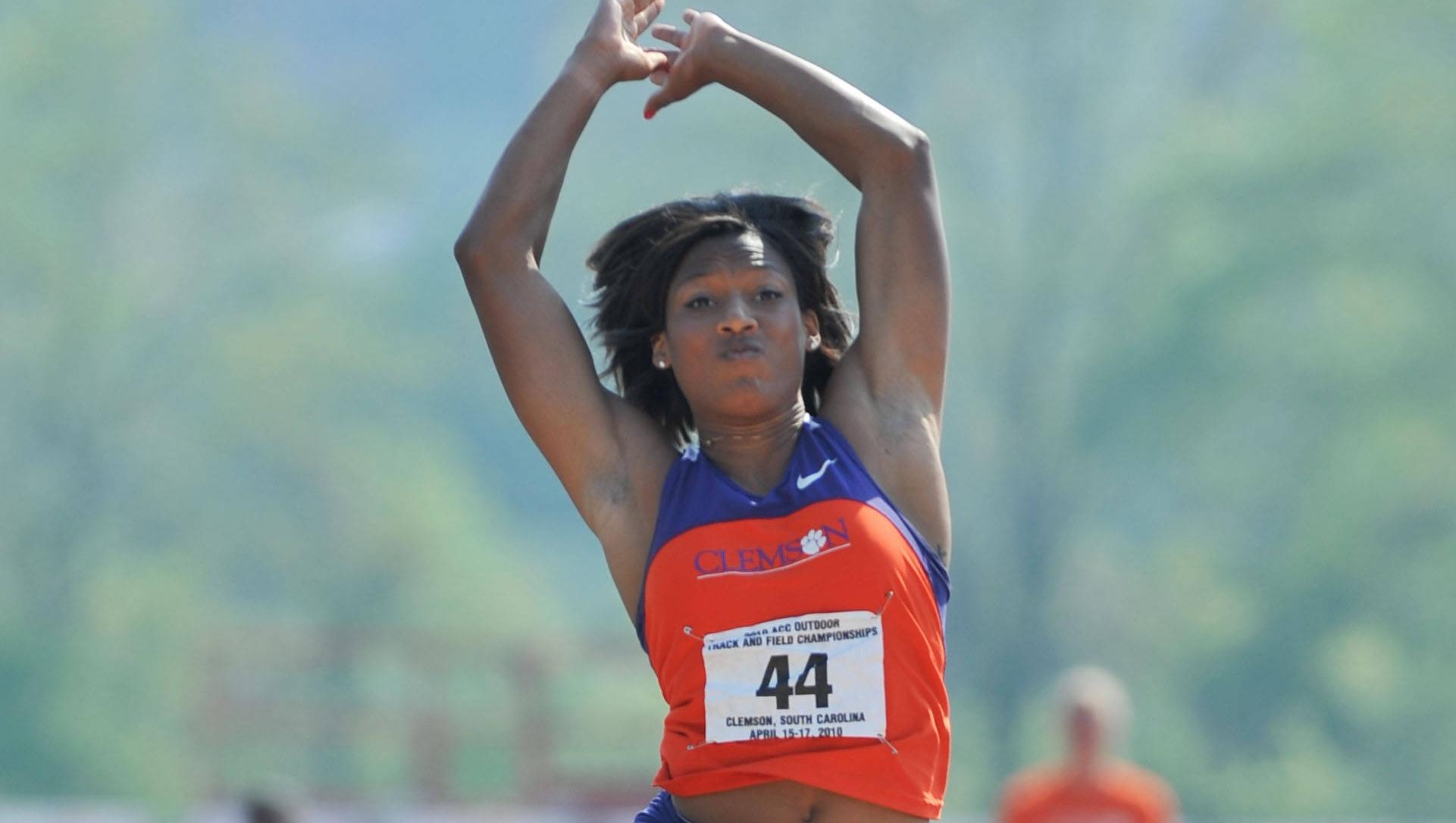 CLEMSON, SC – Patricia Mamona and Shawn Crawford, who combined for five individual NCAA Championships as Clemson track & field athletes, achieved high marks this weekend.  Mamona finished runner-up in the triple jump after breaking her own national record at the European Championships on Friday.  Crawford, bidding to qualify for the Olympics for a third straight time, advanced to Sunday’s final in the men’s 200-meter dash at the U.S. Trials in Eugene, OR.

Mamona wasted no time in Friday’s triple jump final and produced a personal best 47’7.75″ on her first attempt.  Her mark is tied for 11th best in the world according to IAAF.org with former Florida State rival, Kimberly Williams.  Mamona had already qualified for the London Olympics via a mark last season.  She won the 2010 and 2011 NCAA titles in the triple jump for Clemson.

Crawford breezed through the third semifinal on Saturday in Eugene en route to a time of 20.48.  Running against a headwind, he held off Calesio Newman to take the top spot.  Crawford, who had the third-best time in the semis, will compete in his third straight U.S. Olympic Trials final in the 200 dash on Sunday at 7:50 PM EDT.  It will be televised live by NBC.

Also in action Saturday, Clemson junior Spencer Adams closed out a brilliant 2012 season.  He finished 16th in the 110 hurdle semifinals with a time of 13.58 against a wind.  Adams had a pair of All-America finishes, an ACC indoor title, and three all-conference accolades for the Tiger track & field program in 2012.