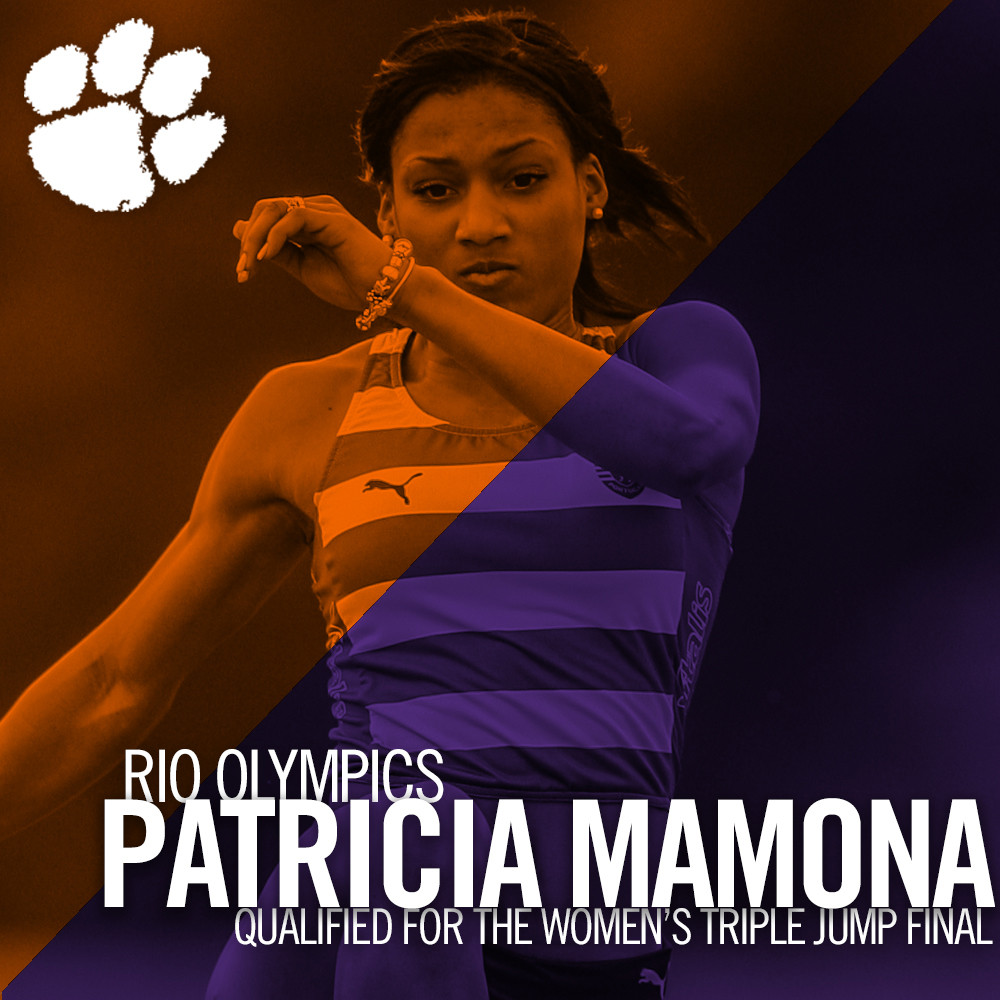 Mamona Advances to Final in Rio

CLEMSON, S.C. — Former Clemson great Patricia Mamona advanced to the women’s triple jump final on Saturday at the Olympic Games in Rio de Janeiro, Brazil. Mamona, who missed qualifying for the final by just one spot at the 2012 Olympics in London, placed ninth overall with a leap of 14.18 meters (46-6.25). The final is set for Sunday at 7:55 p.m. ET and will be televised by NBC.

Mamona is coming off a strong summer. She won the European Championship in July after putting together a career-best 47-10, breaking the Portuguese record. She was a two-time NCAA champion in the event for the Tigers (2010,11) and earned a Clemson degree in May 2011.

Following the triple jump, Clemson’s next action in the Rio Olympics will be Tuesday, when Joana Costa opens in the pole vault and Brianna Rollins competes in the 100 hurdles.