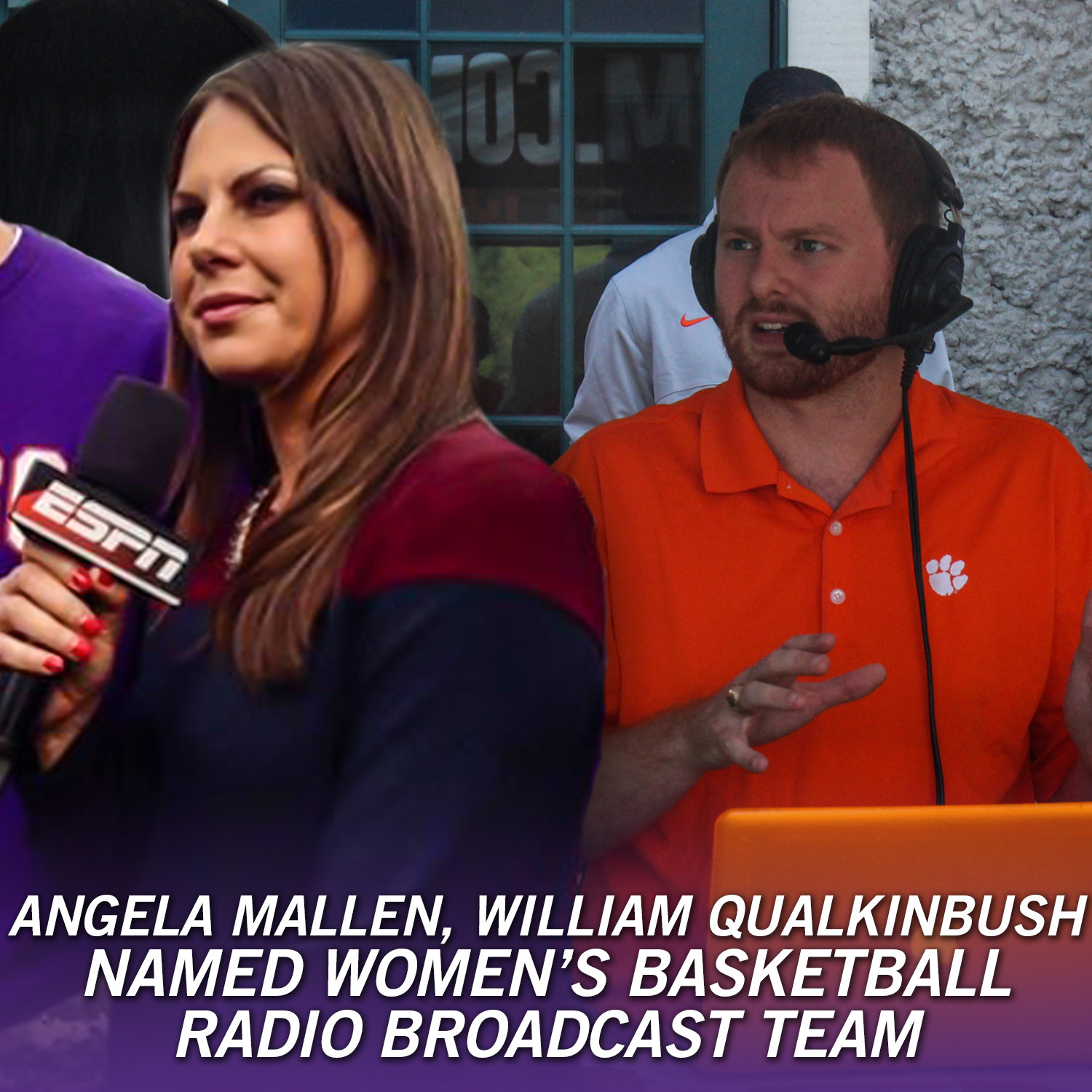 Clemson Tiger Sports Properties is scheduled to air 12 regular season contests as well as the ACC Tournament on four affiliates throughout the state. The remaining contests air on WCCP 105.5 FM The Roar of Clemson, the Flagship station of the Clemson Tiger Sports Network, reaching more than a million people.

“I am very excited to have two great professionals calling our games this season and as a part of the women’s basketball family,” said Audra Smith, who is entering her second season as Head Coach. “Our radio broadcasts are a crucial way for our program to connect with our fans, and I am excited to have Angela and William representing us this season.”

Mallen, a College of Charleston graduate, has extensive experience in several broadcast areas, including as a play-by-play announcer, sideline reporter and host. Mallen has worked with ESPN, the SEC Network and CSS, producing much of her own content. She has also worked in Columbia, serving as a weekend anchor and sports reporter for WIS-TV.

“I am thrilled for the opportunity to work with the Clemson Athletics program, its student-athletes and coaches,” said Mallen. “As the new Voice of Clemson Tiger Women’s Basketball, not only am I continuing to live out my passion of broadcasting college athletics, but it is an honor to be a part of a first-class university.”

Qualkinbush graduated from Clemson, and has been heavily involved in numerous broadcasts in the area. He co-hosts Out of Bounds on weekdays at 9 a.m. on WCCP, while also serving as a co-host of the Tiger Tailgate Show with David Stein. He has also served as an analyst with the women’s basketball team.

“I am excited and humbled to be a part of this broadcast team,” said Qualkinbush. “As a lifelong Clemson fan and two-time alumnus, my passion for Clemson athletics runs deep, and I cannot wait to share that passion with our women’s basketball fans around the world. The chance to work alongside someone as experienced, respected, and professional as Angela is an absolute blessing. I look forward to learning from her and doing my part to help our listening audience see the game clearly through the airwaves as it unfolds in front of us.”

“During the broadcasts, the first impression that I want Clemson fans to come away with is my passion for team sports coupled with my love for storytelling,” said Mallen. “As a broadcast team, William and I are very excited to be able to paint an energetic picture over the airwaves for our listeners this coming season.”

The women’s basketball team opens the 2014-15 season with exhibition games on Nov. 2 and Nov, 8 before opening up the regular season on Nov. 14 against UNCG.