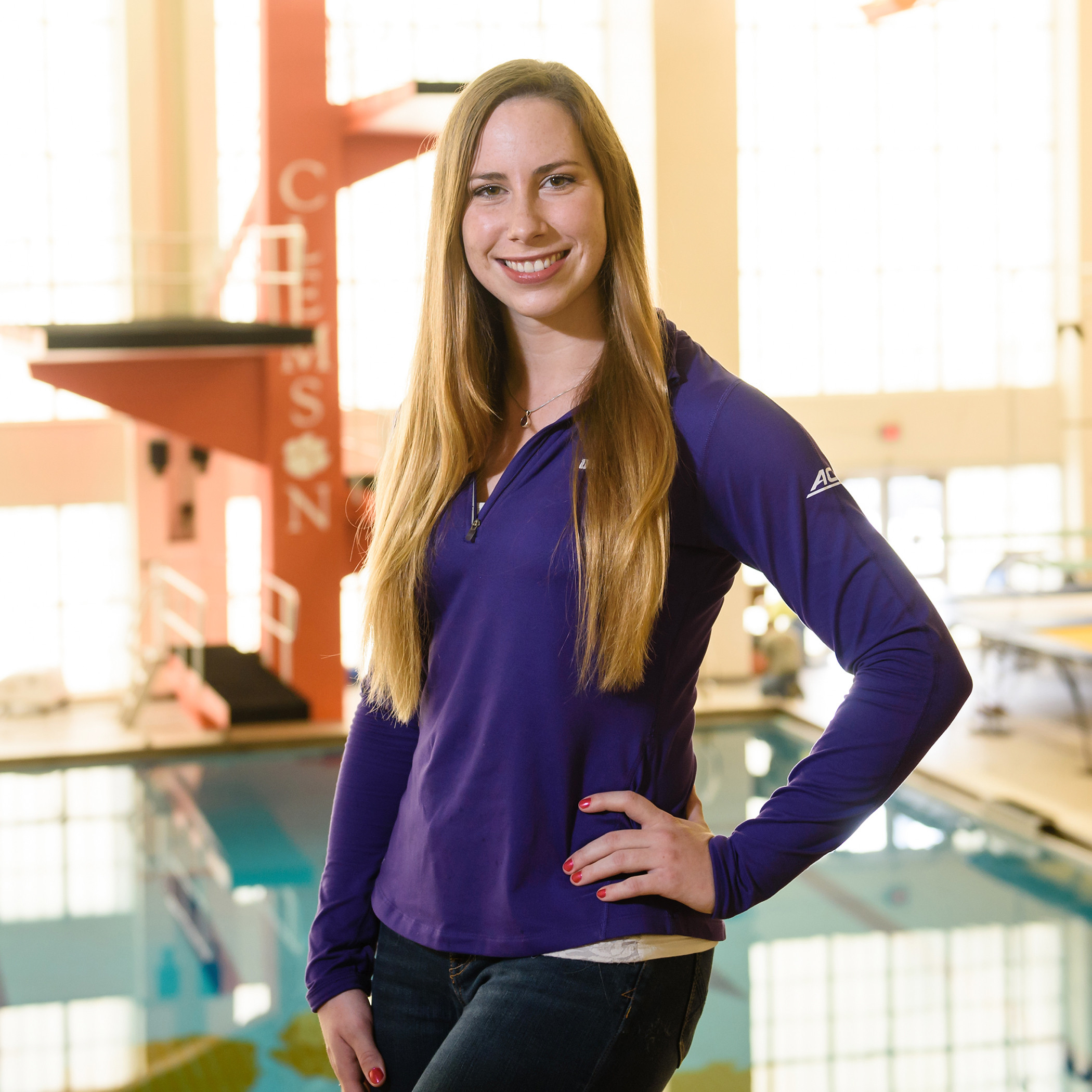 With a father who played volleyball in college and a twin brother who would ultimately go on to do the same, it was easy for a young Danielle Reitsma to be seen in the shadow of her twin. The Canadian was originally a gymnast, but she was not finding the kind of success she wanted and decided to make a change that would ultimately change her life for the better.

“I was originally in gymnastics when I was younger, and I wasn’t very good at it,” she admitted.” I was too tall, too lanky. My dad had a co-worker who was a dive coach, so he told my dad that a lot of ex-gymnasts go into diving.

“After that, my dad put me into diving, and at first, I wasn’t super into it because it wasn’t pretty like gymnastics, but once I got there, I realized that I could use my height, weight and power to my advantage, and I thought that I could actually do it.

“So that co-worker was the biggest influence on my life to have gotten me on that path. If it weren’t for him, I would still be the shy kid, struggling with school and the shadow in my brother’s footsteps. That’s how I really got my name. People stopped seeing me as Terrance’s sister and as Danielle the diver.”

Fast forward 10 years, and while the veteran Reitsma is nearing the end of her diving career, she has brought a great deal of recognition to Clemson’s diving program. During her freshman campaign, she became the first Tiger to advance to the finals of an event at NCAA Zones, making it to the finals in the platform at NCAA Zones and finishing 10th overall. She also excelled on the platform in order to qualify for Zones, and there was one particular dive at the ACC Championships that allowed her to make a name for herself yet again.

“My favorite moment with diving at Clemson was during the ACC Championships my freshman year,” the senior recalled. “I was up on the 10m platform and I was doing a dive that I felt pretty confident about, and I crushed it. It was the best dive I’ve ever done in my entire life. My parents were there, my teammates were there and nobody knew who I was. I was the underdog.

“I got 9s and 9.5s, and I’ve never had scores like that. I got out of the water, and all of a sudden, people here knew who I was. I had made a name for myself, and that was definitely one of the most incredible experiences I’ve had here.”

Reitsma knew from the beginning of her recruitment by Clemson that she wanted to attend the school because it felt like the perfect fit, and she is very thankful for all she has learned since she arrived in Tigertown.

“It’s been an awesome experience,” she said of her time at Clemson. “It’s given me a sense of direction of where I want to go in life. It’s given me a chance to really enjoy the sport as it is.

“When I came to Clemson, it was like, ‘Look around you, smell the roses. This is fun, and we can have fun days.’ We have really talented girls who are improving a lot, and each year, the program gets better and better.”

“I’ve learned what it means to be united as a team. Back home, I was much older than everyone, and I might have gotten some cheering or encouragement, but here, when I have a bad day, I can say that each one of my teammates has come up to me and talked me through the problem and given me suggestions, or at least they’ve tried. We always have each other’s backs, and we can rely on each other. Our coach is really big on loving each other and creating harmony amongst a group of 13 girls, which is kind of hard to do.

As a senior leader this year, Reitsma prefers to influence her teammates through being a role model and showing them how to be successful rather than telling them. For Reitsma, showing means to continue the postseason achievements she found as a freshman, but she also wants to make sure she enjoys the journey and the process of getting to that point.

“This year, my biggest goal is to make NCAA Zones and show off to my parents when they come to watch me,” she stated. “I want to leave a legacy. But my downfall is that I’m focusing so much on the future and what I need to do to get there that I’m forgetting the small details and steps that I need to focus on every single day to get there.

Reitsma wants for that athletic work ethic to play into her legacy, and she also hopes that she is remembered for being a good teammate.

“I want to leave the legacy that you can work hard in school, you can work hard in diving and you can get progress in all areas. I like to think I’m pretty good at that. I want people to look at me and think that I’m well balanced, not only with school and diving, but also with having a social life.

“No one is going to remember the scores three years from now. They’re going to remember me for how I was, so I try to be positive and keep good, deep relationships with my teammates. I care so much about them.”

She also cares deeply for the support that the Clemson family has provided for her throughout her time as a Tiger.

“I’m so thankful for all of their contributions and for the way they cheer on all the sports,” she reflected. “It means so much to me when I see people who are interested and come to watch us dive. That is honestly one of my favorite things about diving…knowing that there are people out there who care. I want them to know that I really, really appreciate it, because I am motivated by them. That’s what makes me work even harder. It makes me be better in life if I have their influence.”