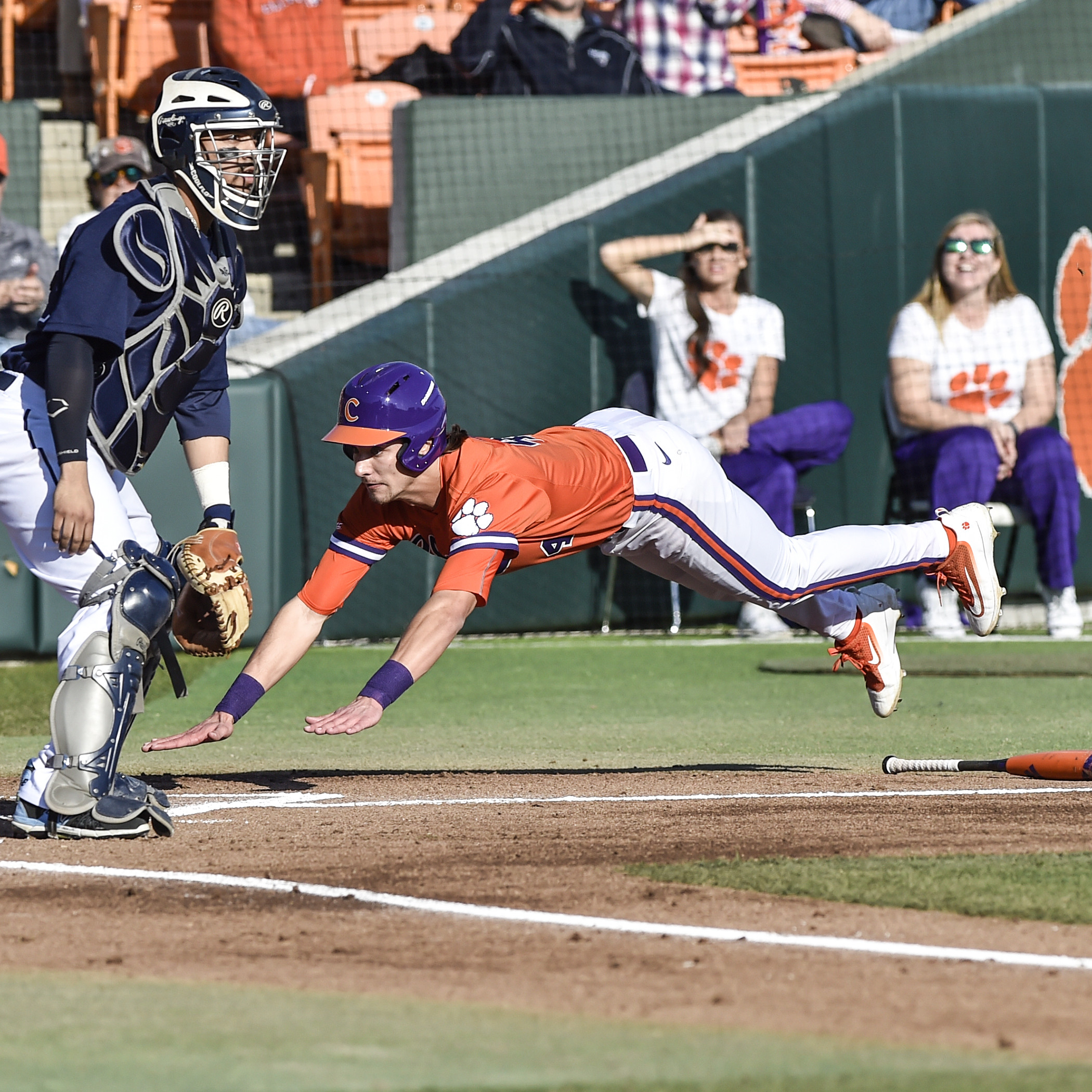 CLEMSON, S.C. – Brett Chappell’s two-out triple in the seventh inning on a routine flyball that was lost in the early-evening sky scored the go-ahead run in Maine’s 4-3 win over Clemson at Doug Kingsmore Stadium on Friday. The Black Bears, who took a 1-0 lead in the series, spoiled the debut of new Tiger head coach Monte Lee by rallying for the win in both teams’ season opener.

The Tigers took advantage of an error to score two runs in the first inning, but Maine scored two runs in the third inning to even the score. With the score tied 3-3 in the seventh inning, Jeremy Pena doubled with one out and scored on Chappell’s two-out triple to right-center.

The Tigers and Black Bears play game two of the three-game series on Saturday at 2 p.m., at Doug Kingsmore Stadium. Fans can purchase four tickets and a $10 concession voucher for only $20. Live video is available for free on TigerCast at ClemsonTigers.com.