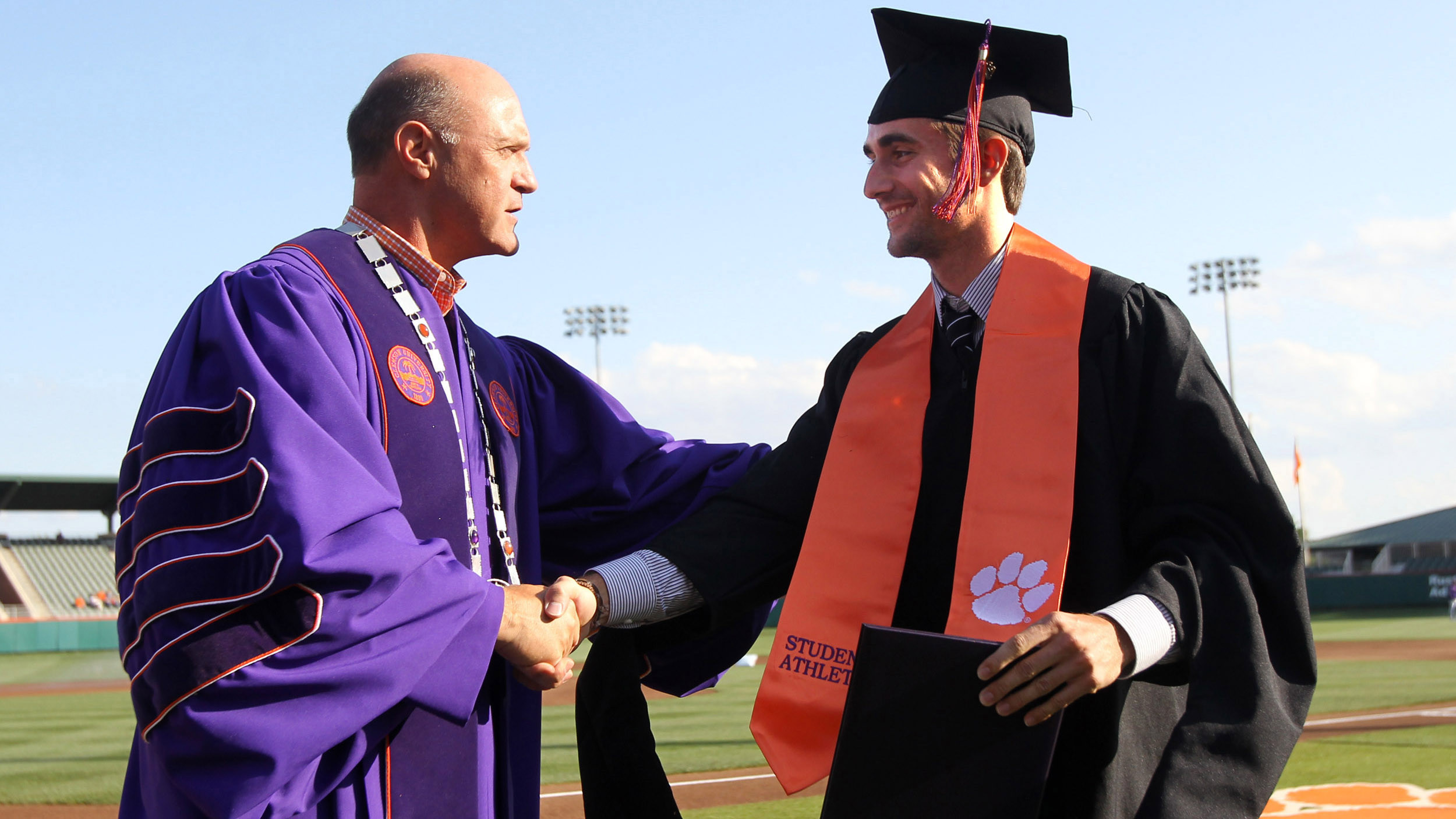 CLEMSON, S.C. – Two-time All-American Dominique Maden has added another award to his collection after being named an ITA Scholar Athlete for the 2013-14 season. It is the second academic honor of the year for the Clemson graduate, as he was also recently named to the 2014 All-ACC Academic Men’s Tennis Team.

Maden, a native of Stuttgart, Germany, graduated from Clemson in May 2014 with a 3.76 cumulative grade point average in marketing. He was a member of the Dean’s List seven of his eight semesters at Clemson, and was on the school’s Honor Roll all eight semesters.

On the court, he earned All-America honors twice in doubles, playing with his brother Yannick in 2013 and with rising senior Hunter Harrington in 2014, and also garnered All-ACC honors in 2014. Following his run with Harrington to the 2014 NCAA Doubles Semifinals, Maden returned to Germany and has been playing ITF Futures tournaments. Recently, he and his brother won the doubles title at the Mozzart Futures in Belgrade, Serbia.

About the Award:In order to earn ITA Scholar-Athlete status a player must meet the following criteria: 1.) be a varsity letter winner, 2.) have a grade point average of at least 3.50 (on a 4.00 scale) for the current academic year, and 3.) have been enrolled at their present school for at least 2 semesters (including freshman thorough senior year).