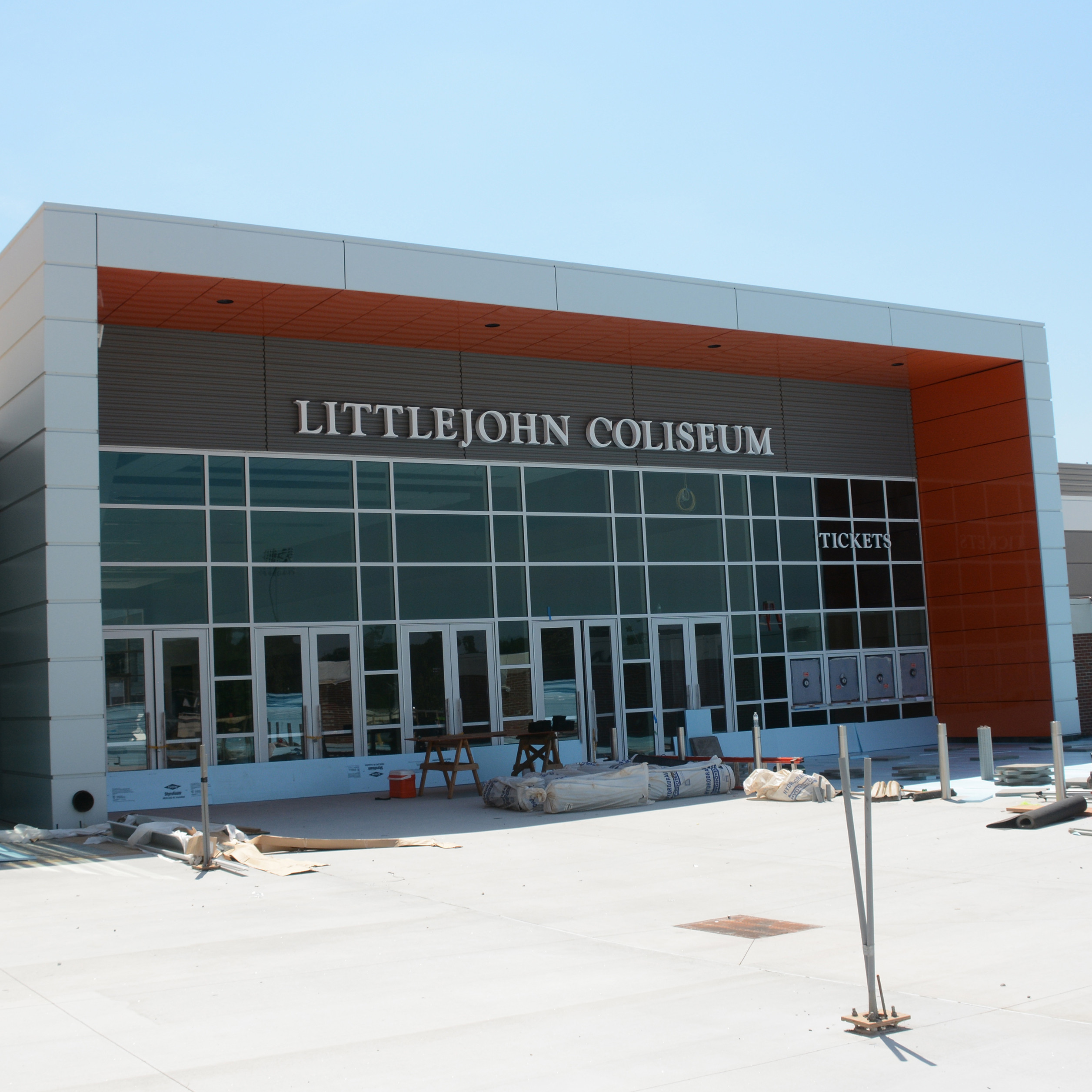 Littlejohn Coliseum opened its doors to the media on Wednesday to show off the progress that has been made in the $63.5 million renovation of the arena. From club seats to the court, associate athletic director for facilities Joe Simon led a tour, giving the media a glimpse into what the facility is going to look like when the makeover is complete in October.

The tour started on the concourse level, where it was immediately evident how much more open the new design is.

“We’ve opened up the four corners,” Simon said. “That was a point of emphasis, so you can see into the seating bowl if you’re going to get concessions or walking around the concourse — you can still feel connected to the game.”

Connectivity is important in the renovation in more ways than one, and Simon said that Verizon is going to be implementing a Wi-Fi network that is designed to accommodate a packed arena. Another feature that will keep fans connected to the game is the scoreboard, which “is the largest curved display that Daktronics has ever put in any college arena, so we’re very proud of that.”

The tour then moved into the 9,000-seat bowl. Simon detailed the different types of seating, from club and courtside to student bleacher seats on one of the sidelines and endzones. The sideline seats are built such that if students stand up, they will not block the sightlines of the chairback seats behind them.

Another key difference of the renovated arena is the orientation of the court, and with that, the addition of another tunnel so that “the home and visiting team will not have to cross and converge, like they did previously in the old design.”

The next stop on the tour was the Burton Gallery, which will serve as the main entrance to the Coliseum. In addition to concession stands, the area will have two large video boards that will show the action on the court during basketball games and potentially College GameDay prior to football games starting in October. It is also a space that can be used for events not necessarily pertaining to athletics.

“The Burton Gallery has 10,000 total square feet of high volume space, and we definitely anticipate using this space for special events,” Simon explained. “This space is something the university really doesn’t have in its repertoire right now, so we anticipate renting out this space for dinners and banquets and such.”

The next space that the tour showed off was the recruiting room, which is also intended to hold team meals. The room overlooks the practice courts, and the facility has the space to run two full 94’ x 50’ courts. The practice courts will have a screen to check replay of practice “or do some film study right here on the court, instead of having to do that all in the video room. They can come and pull up plays from other teams on the courtside screen.”

The coaches’ offices also overlook the practice courts, and underneath the offices are each respective team’s locker rooms, lounge areas and weight and equipment rooms dedicated solely to basketball.

As it concluded, the tour worked toward the main floor, passing through the old tunnel as well as a new courtside club area for pre- and postgame meetings. The court has already been painted, and it was easy to imagine teams utilizing that court in mid-August, which is the plan.

“Overall, we are on time and on budget,” Simon said. “We anticipate that the basketball teams will be able to get in on the floor in the middle of August when they come back for the fall semester to practice. The facility will not be open to the public at that time, but we will be able to get our teams in on the game court.”