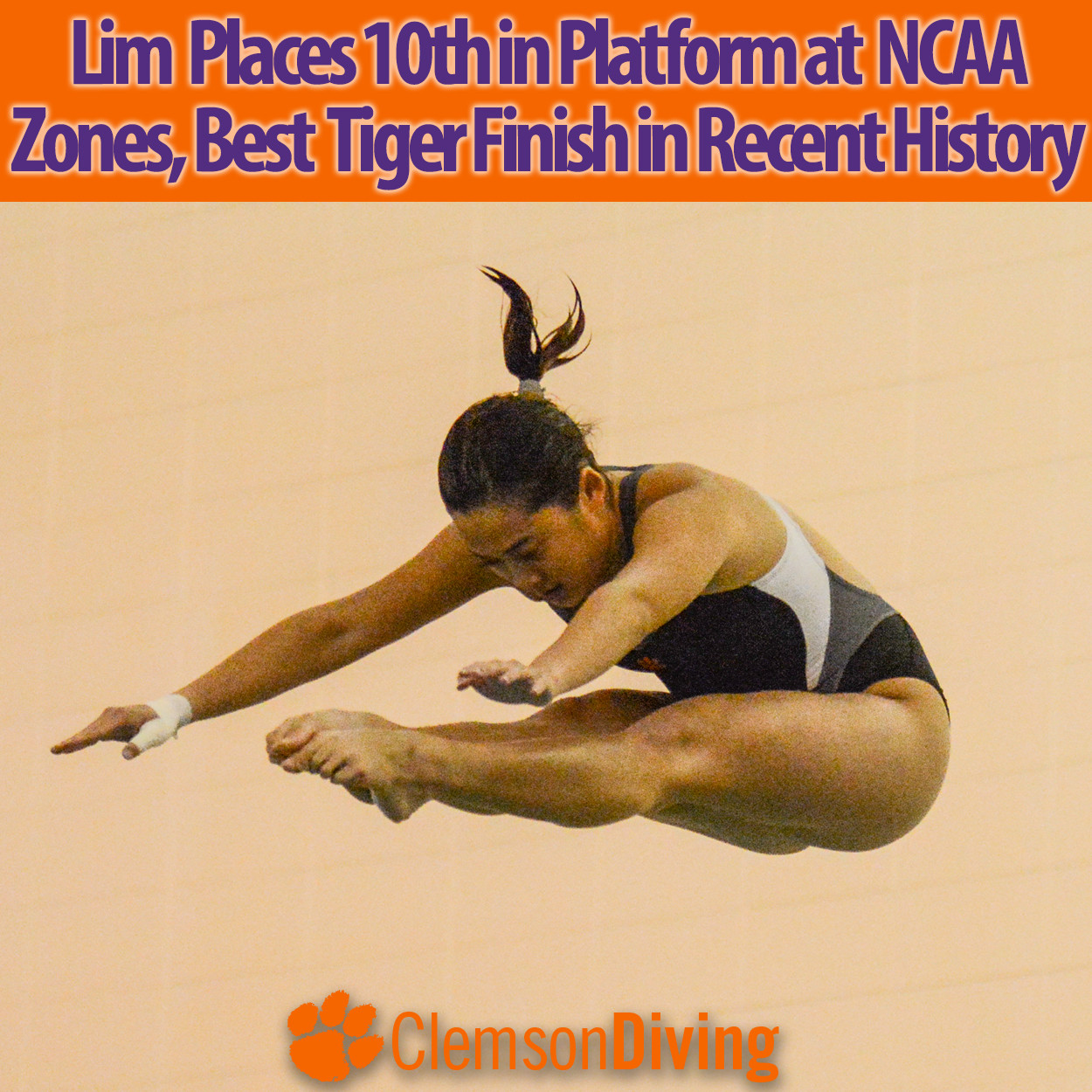 AUBURN, Ala. – Freshman Freida Lim gave the Clemson diving team its third NCAA Zone B Championship finalist in three days, qualifying for platform finals on Wednesday at the James E. Martin Aquatic Center in Auburn, Ala. This is the first time since Head Coach Leslie Hasselbach Adams’ program became women’s diving only five years ago, that the Tigers have had an NCAA Zone qualifier in all three events. Lim’s 10th-place finish is also the best in the past five seasons for a Clemson diver.

Lim was in 14th place out of the field of 36 divers after prelims, with the top 18 advancing to finals. On her fifth and final dive of the finals, she drastically improved her place, scoring 72.00 points on a Back 2 ½ Somersault Pike with 1 ½ Twists and moving into 10th place. Lim was just three spots from qualifying for NCAA Championships, as the top seven platform divers from Zone B earned a spot at the national meet.

Sophomore Caylin Hirapara finished 22nd with 208.65, just four places outside of qualifying for finals, improving from her 28th-place finish at NCAA Zones in 2016, her freshman season. Senior Danielle Reitsma finished her decorated Clemson career on Wednesday, placing 25th in the platform competition.