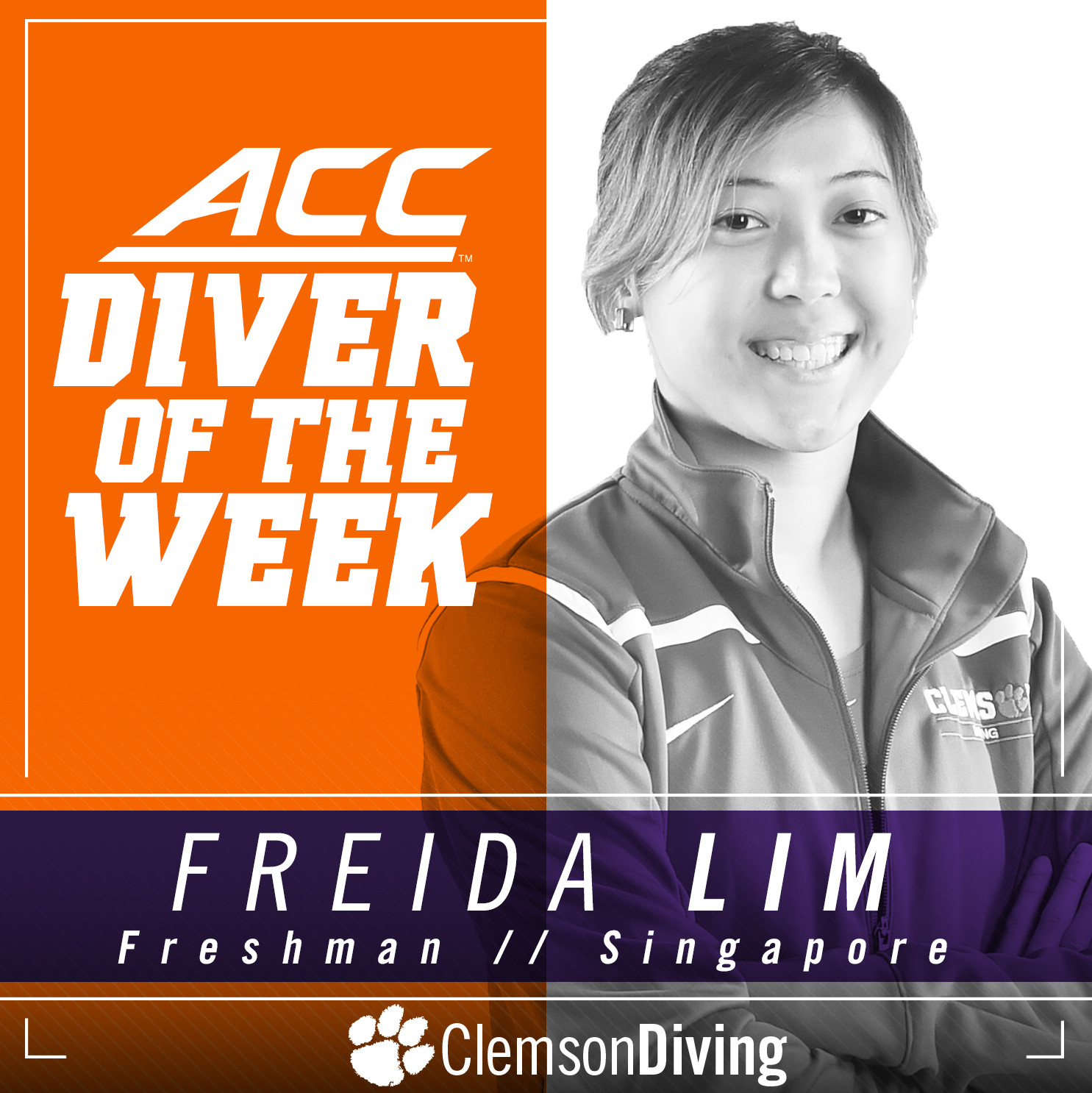 CLEMSON, S.C. – After taking second place in the platform at the Tennessee Diving Invitational on Jan. 5, Clemson diver Freida Lim was named the ACC’s Women’s Diver of the Week on Tuesday. This is the freshman’s first time earning the diver of the week accolade.

Lim began 2017 as the only Tiger to place in the top five in any of the three events at the Tennessee Diving Invitational, and she continued her success on the platform with another NCAA Zone qualifying score of 245.60. The native of Singapore also finished in the top 25 in the three-meter.

Lim and the rest of the Clemson diving team will be back in action in a dual meet at Georgia Southern on Jan. 14 in Statesboro, Ga.