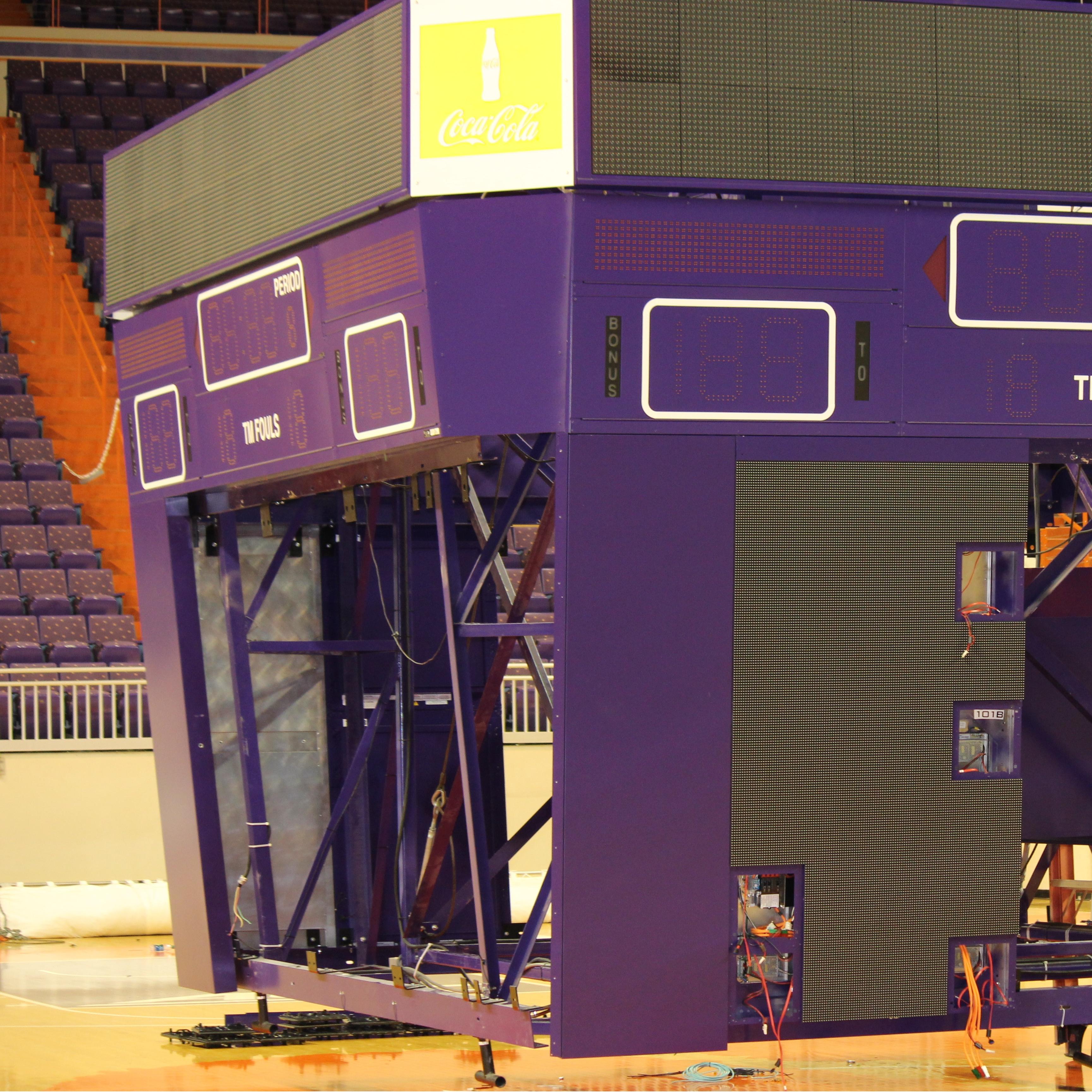 For the first time since 2002, Littlejohn Coliseum is set to undergo renovations.

Only this time around, the project is double the size and scope of the last major upgrade. Final approval was given at the approximate cost of $63.5 million after the State Budget and Control Board meeting in March.

Construction began Monday morning, but preparation started for both the basketball and Littlejohn staffs long ago. Crews were busy at work, both inside and outside of the arena. Inside, a Daktronics representative was on site to oversee the dismantling of the video board. The board will be broken up into different parts, most of which will be dedicated to Jervey Gym for volleyball and women’s basketball in 2015-16.

During the renovations, both basketball programs will share Jervey Gym with Tiger volleyball. The two teams will utilize Jervey Athletic Center’s weight room and locker room facilities as well.

When the facility reopens in 2016, the rebuilt Littlejohn will include reconstruction of the seating areas along with new practice facilities, locker rooms, meeting rooms and coaches offices for both the men’s and women’s basketball programs.

See all the latest renderings HERE