Lennox Graham: A Coach and A Mentor

Lennox Graham is a man rooted in integrity and faith. As one of the world’s most successful coaches for hurdling and sprinting, Graham understands that many see him as a cultivator of talent and speed. Graham, however, builds his approach to coaching around being a good mentor to his athletes.

Coaching is a tool that he uses for mentoring his athletes so that they are ready for life once collegiate track and field is over, whether that be by pursuing professional competition or entering the world of full-time employment. Fueled by the desire to promote a family atmosphere within his training groups, honesty and transparency are pillars that Graham builds the culture of his group upon. 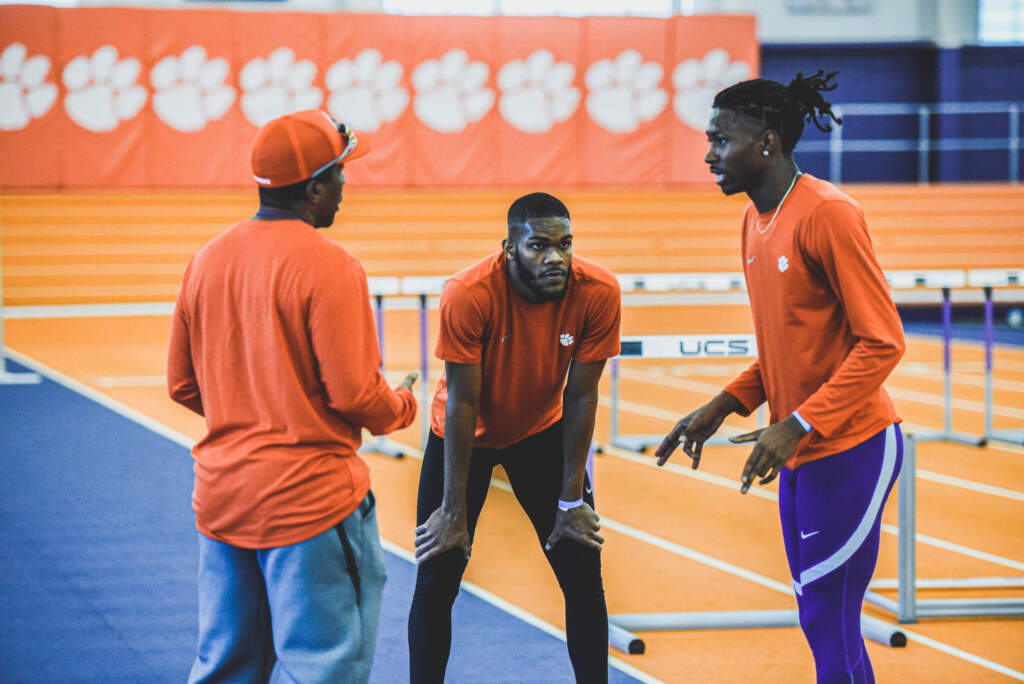 The same family atmosphere Graham has instilled in his group has come to be synonymous with Clemson University and the Tigers’ track and field program. By walking through campus, it is easy to see the close-knit and diverse student body that makes Clemson one of the most highly regarded Universities in the country. The Tigers’ track and field program is made up of people from different countries and upbringings, all of whom have come together to dawn the Clemson Orange and Regalia while competing against some of the best athletes in the world.

It is easy for Graham to talk about Clemson and what the town has to offer to those who choose to come. “It’s the perfect home away from home,” says Graham. “All athletes can find the family atmosphere here and it doesn’t hold all of the potential distractions of a big city.”

The Tigers’ team does not stop being family after competition is over. Graham knows that a key part of the Clemson family is the alumni who are proud to be Clemson graduates and continually contribute to the program’s success after their time competing in Tigertown is over. “People want to come back,” said Graham. “A lot of alumni don’t want to move too far away.”

Graham arrived in Clemson prior to the 2018 season after a decorated career as head coach at Johnson C. Smith University in Charlotte, N.C. The time leading the Golden Bulls’ program gave Graham an opportunity to showcase his coaching and recruiting prowess at a national level.

During his first three seasons at Clemson, Graham has coached his athletes to 16 top-10 marks in the program’s record books across the 400 meters and hurdle events. While in his first year with Clemson, Graham coached Jeffrey Green to the school record in the men’s indoor 400 meters, with Green setting a program-best time of 45.82. During the 2020 indoor season, Graham oversaw the outstanding success of LaFranz Campbell and Devon Brooks, with the two running 7.71 and 7.72, respectively, in the men’s 60-meter hurdles and earning All-American honors after finishing the year ranked 11th and 12th in the country.

In the 400 meters, Graham has led four athletes to combine for six top-10 marks within the program’s record book. The future of the long sprints group is bright at Clemson with Graham at the helm, as a group of young and emerging talent has proven to be one of the most exciting event areas to watch.

Graham’s excellence in coaching is a result of more than three decades of learning and practice, with his first experiences in the profession stretching back to the humbling beginnings of coaching youth track and field in Jamaica. His time working with young athletes allowed him to understand the significant impact he could have through his position as a coach.

The insight he gained from his early experiences led him to take on a volunteer coaching role at a local high school, a position he would end up spending 14 years in. This grassroots approach to cultivating and coaching talent has allowed Graham, now an IAAF Level V certified coach, to oversee some of the sport’s brightest stars from an early age, including Junior World Champions, collegiate All-Americans and some of the current stars of the sport. 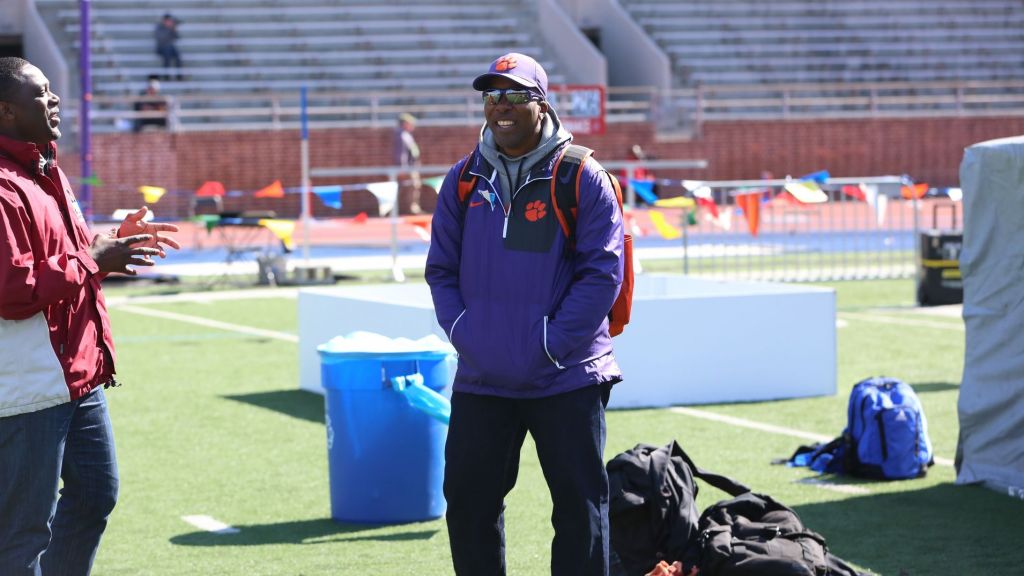 While his resume is highlighted by coaching Danielle Williams – recently crowned the 2019 Diamond League Champion for the women’s 100-meter hurdles – Graham currently oversees the training of professional and collegiate athletes who are some of the best in the world in at their respective events. Kyron McMaster, Kemar Mowatt and Leah Nugent are some of the world-class talent that has come to Clemson to train with Graham at the Tigers’ unrivaled facilities.

At the 2015 World Championships, Graham coached the sister duo of Danielle and Shermaine Williams to the finals of the women’s 100-meter hurdles, making this one of the few times in the sport’s history that sisters had competed in the finals of the event. Williams won the competition by running a blistering mark of 12.57 seconds, earning her first World Championship title with the result. The international acclaim for the Williams sisters in 2015 was a result of them having trained with Graham since their early years in the sport.

As Graham now looks for the next generation of Clemson Tigers to mentor, he is focusing on finding the passion and drive that an athlete has to be the best that they can be. The principles of strong ethics and loyalty are some of the internal traits Graham hopes to find in recruits, and when paired with a diligent work ethic and one’s natural ability, Graham knows that he has found someone that’ll be a good addition to his Clemson family.