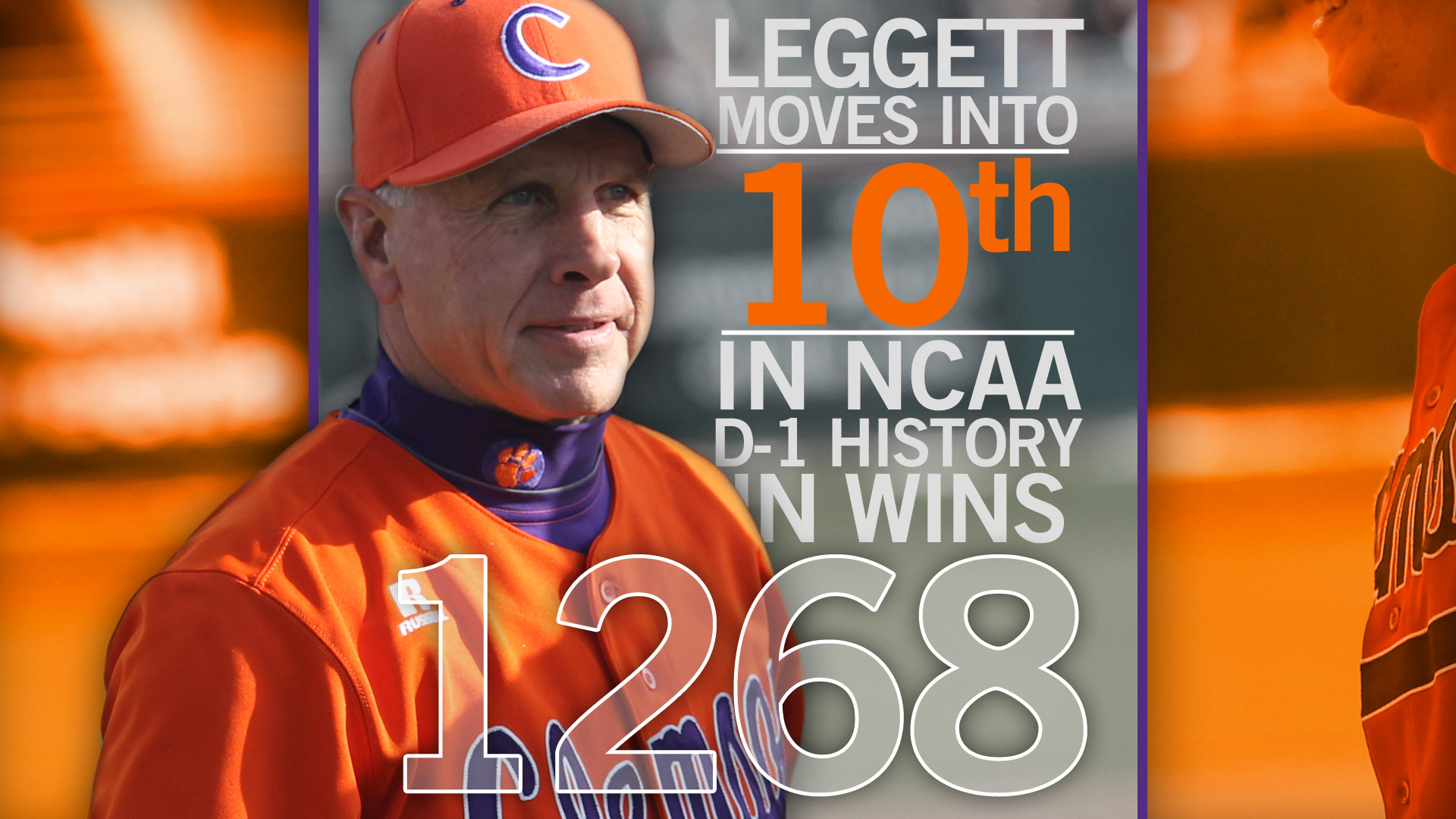 The #13 Clemson Tigers defeated Maine 13-3 on Saturday afternoon at Doug Kingsmore Stadium, giving Head Coach Jack Leggett his 1,268th career win to move into sole possession of 10th place on the Division I wins list. Leggett, a 1976 Maine graduate, moved ahead of the late Ron Fraser, who had 1,267 wins in his coaching career. The Tigers took a 2-0 series lead and improved to 4-1 overall, while the Black Bears fell to 1-4.

Clemson totaled 18 hits, its highest total since 2012. Every Tiger starter had at least one hit and 12 Tigers in all had a hit. Tyler Slaton led the way with a career-high-tying four hits, while freshman Weston Wilson hit his first career homer. Steven Duggar extended his hitting streak to 14 games as well.

“When you start hitting the ball, it gets contagious,” said Leggett. “It’s nice to have one of those games, and hopefully we can build off that.

“I’m excited about Slaton. He’s a good player for us…a hard-nosed, tough, blue-collar guy. I really like him a lot.”

Clemson and Maine play the series-finale on Sunday at 12:00 PM. Fans can get a Family Four Pack of tickets for $20 at ClemsonTigers.com or at the gate. It is also Social Sunday, as fans who show their voucher at @ClemsonBaseball on Twitter or Instagram can buy $2 fried mac & cheese bites.