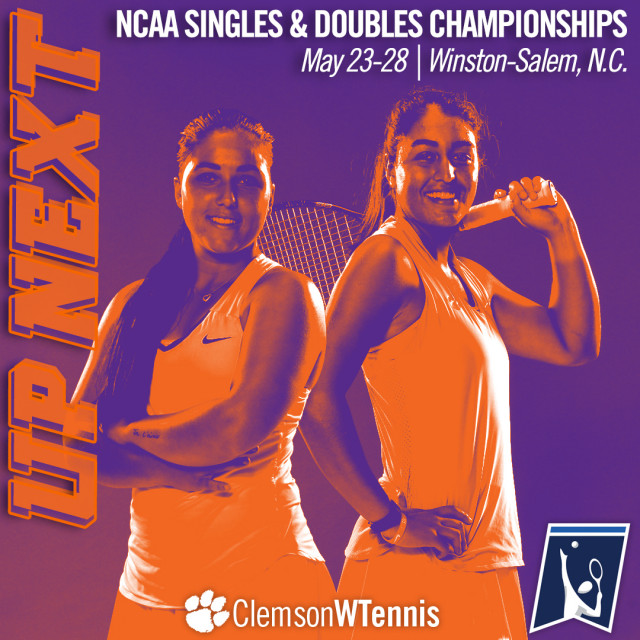 CLEMSON, S.C. – Juniors Marie-Alexandre Leduc and Fernanda Navarro travel to Winston-Salem, N.C. this week to compete in the NCAA Singles & Doubles Championships, beginning on Wednesday, May 23 on the Wake Forest campus. It is the first-career trip to the NCAA individual championships for both Tiger women’s tennis players.

Leduc, who is ranked 23rd nationally, received an at-large bid to the NCAA Singles Championships, and is one of 64 players in the draw. The native of Saguenay, Quebec was named to the All-ACC First Team in 2018. She has a 22-11 overall record and a 13-8 mark in dual matches, with all 21 of her dual matches played at the No. 1 singles position.

Leduc and Navarro, who is from Guadalajara, Mexico, are one of 32 doubles duos playing for the NCAA Doubles Championship title. The pair is ranked 21st in the nation, with a 19-9 overall record and an 11-6 record in dual matches.

The first round of the NCAA Singles Championship will be played on Wednesday, May 23, while the doubles first round is set to begin on Thursday, May 24. Draws for the NCAA singles and doubles tournaments will be announced this evening.