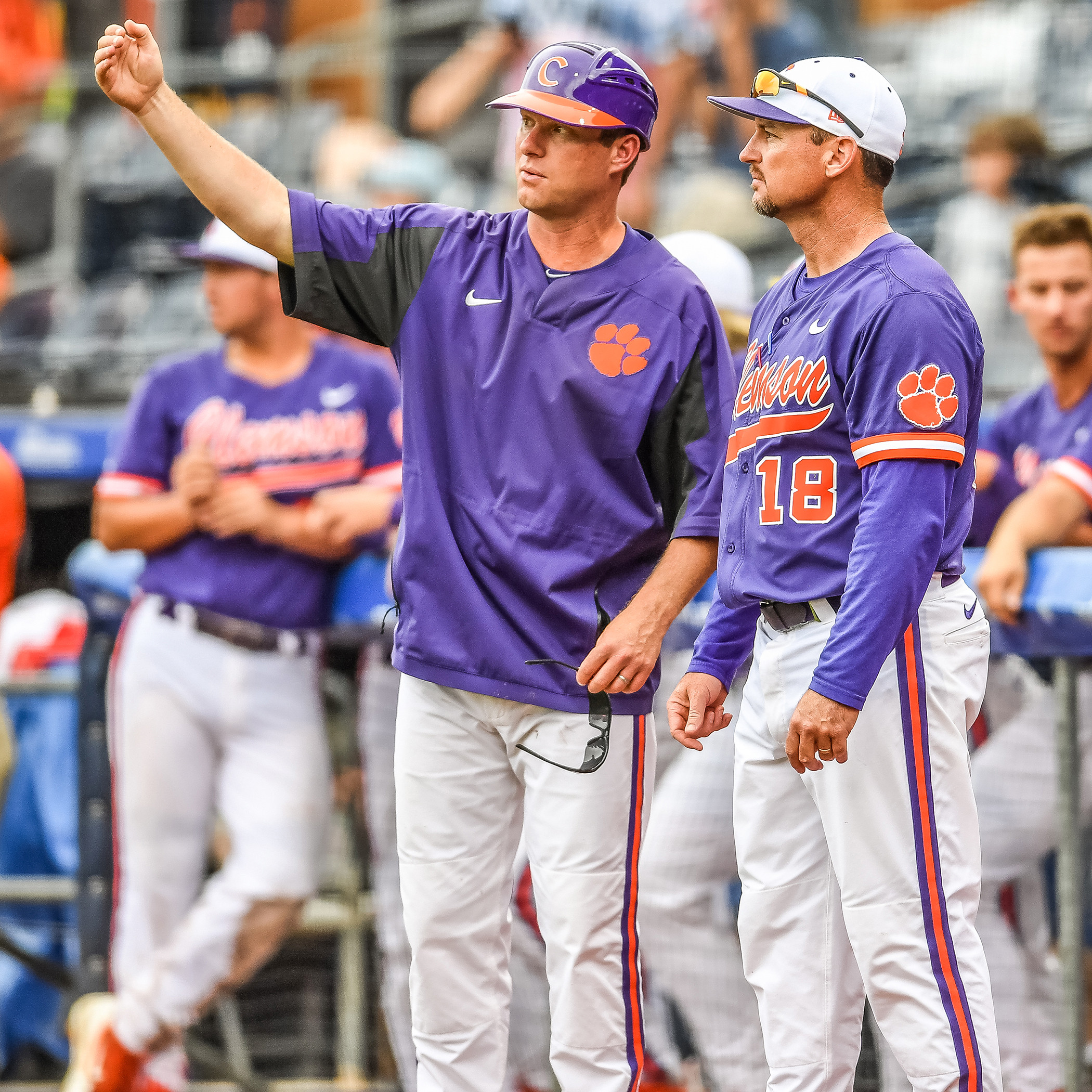 CLEMSON, S.C. – Assistant coaches Bradley LeCroy and Andrew See were both named among the top-30 recruiters in the nation by D1Baseball on Monday. The website surveyed coaches from 124 schools to rank the nation’s top recruiters (which excluded head coaches), and LeCroy (No. 10) and See (tied for No. 29) both were voted among the top 30. Clemson was one of only three schools (joining Louisville and Texas A&M) to have multiple assistant coaches in the top 30.

“I’m very happy to see our two assistant coaches getting this recognition for all their hard work on the recruiting trail,” said head coach Monte Lee. “They are both very respected in the coaching professsion and I’m very proud of them.”

The former Tiger infielder (1997-00) was a big reason the Tigers totaled 44 victories and won the ACC championship in 2016. Seth Beer, who LeCroy recruited to Clemson, won the Dick Howser Trophy in 2016 in what should have been his senior year of high school.

See, who is in his second season as pitching coach at Clemson, helped Duke develop one of the ACC’s best pitching staffs in his three seasons (2013-15) with the Blue Devils. In his first season at Clemson in 2016, he helped the Tigers to the ACC championship thanks in large part to a school-record 14 one-run wins and 5-1 record in extra-inning games. For his efforts, See was named one of the nation’s top-11 assistant coaches after the season by D1Baseball.