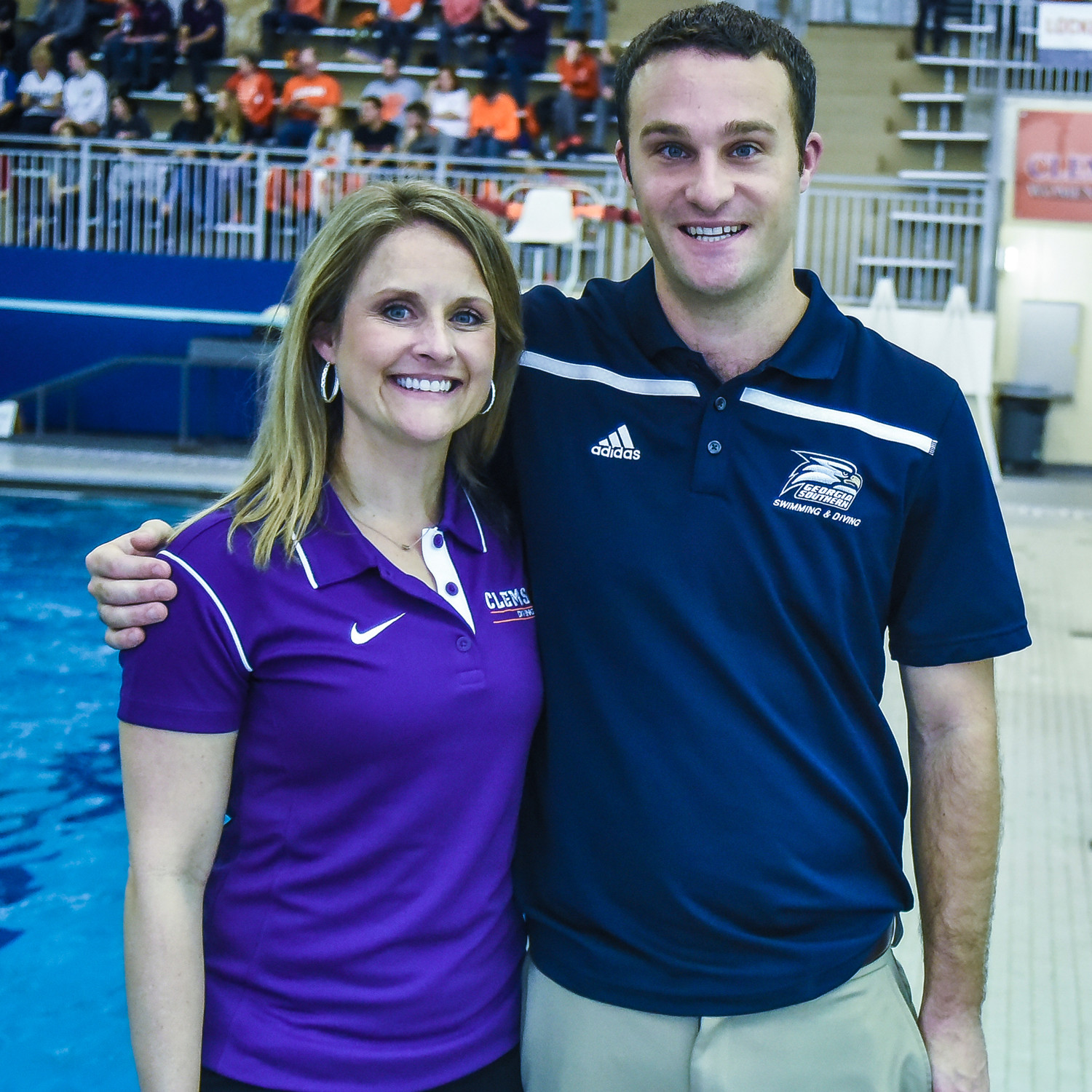 As the head of the lone women’s diving only program, head coach Leslie Hasselbach Adams has been nominated as a “barrier breaker” for the National Consortium of Academics and Sports for her coaching accomplishments both in and out of the pool.

Leading the nation’s first exclusive diving-only program, Hasselbach Adams has thrived as a successful woman head coach, in which she has coached both swimming and diving for 18 seasons, 16 of which have been at Clemson. For Hasselbach Adams, having the opportunity to have the diving program in the spotlight in its fourth year as a program is something she takes great pride in.

“The mantra of our program is ‘Leading a lifestyle of excellence.’ I’m a firm believer in taking care of developing the whole athlete and taking the next step and allowing them to embrace concepts they’ll take with them for a lifetime. As the only female women’s diving collegiate program in the country, it’s a big accomplishment that we’re able to give them that opportunity.”

Hasselbach Adams is certainly no stranger to the spotlight, nor is she one to shy away from it either. A two-year captain and Head of the Student Advisory Committee at the University of Toledo on the swimming and diving team, Hasselbach Adams’ former head coach saw a huge opportunity for her to get into coaching. Hasselbach Adams, who had never really considered coaching of any kind, accepted a head coaching position at her alma mater at age 21. For Hasselbach Adams, all it took were the words of her former swimming head coach to take that leap of faith, and she hopes to empower her own athletes with the same confidence that her swimming coach gave her 18 years ago.

“I make it a point to always let my athletes know the kinds of things they have the ability to be great at. You never know what that one comment will do for them in the future. I was fortunate enough to have someone in my life that gave the courage to take that leap of faith and see where it takes you,” Hasselbach Adams said.

“The sport of diving has taken me so many places and it continues to take me to many wonderful places. And that’s the side of athletics I want to empower my athletes with. It’s not just the wins and losses you’ll remember, but it’s the people you meet and the light bulb moments that go off in your mind. It’s those memories and moments that last a lifetime and I hope to be able to continue to empower the young ladies I get to coach everyday to take life and live it.”