LEADERS OF THEIR TIME

Note: The following appears in the Duke gameday football program

Editor’s note: The author, Brent Breedin, was Clemson’s sports information director from 1951-55. He celebrated his 93rd birthday on Nov. 3, and we appreciate his contribution to today’s program with his remembrances of two of the greatest leaders in times of war and peace at Clemson University.

Last Sunday was a significant 100-year anniversary. The “war to end all wars” came to an end on the 11th hour of the 11th day of the 11th month in 1918. Two young Clemson graduates, Frank Jervey and Dr. Robert Poole, were among the estimated 1,500 Clemson students, alumni and employees serving in the military at the time. They would become, almost unarguably, the then-small-state agricultural and mechanical college’s foremost contributors to their alma mater’s success, both academically and on the gridiron.

Born only five days apart in 1893, Jervey (for whom Jervey Athletic Center is named) and Poole were together at Clemson only two academic years from 1912-14. Jervey’s prep education at Porter Military Academy in Charleston, S.C., enabled him to enter college in 1910, while Poole, a Laurens County farm boy, commenced his higher education studies in 1912.

Jervey’s engineering degree enabled him to find work at the Charleston Navy Shipyard and then the Winchester Repeating Arms Company in New Haven, Conn. With passage of the National Defense Act of 1916, which brought all college military training programs under the federal government, Poole and most of his class members were quick to volunteer shortly before or immediately after Woodrow Wilson’s declaration of war on Germany in April 1917.

Jervey was commissioned a captain in the Army in August 1917 and served in the 4th U.S. Infantry Regiment of the 3rd Infantry Division. He was severely injured near Chateau-Thierry, France in January 1918. He earned him the Distinguished Service Cross and Italian Marito de Guerro for heroism.

“‘Sarge’ Poole is with the photographer division of the aviation corps and has made several flights,” noted The Tiger in February 1918.

I first met “Sarge” Poole and Captain Jervey in 1950 while in my mid 20s and sports editor of the Anderson Daily Mail. To me, they were Poole, president of Clemson College, and Cap’n Jervey, a Washingtonian and probably Clemson’s No. 1 sports fan. Jervey was one of the Clemson administrators who met with Jess Neely in 1934 and formed IPTAY. 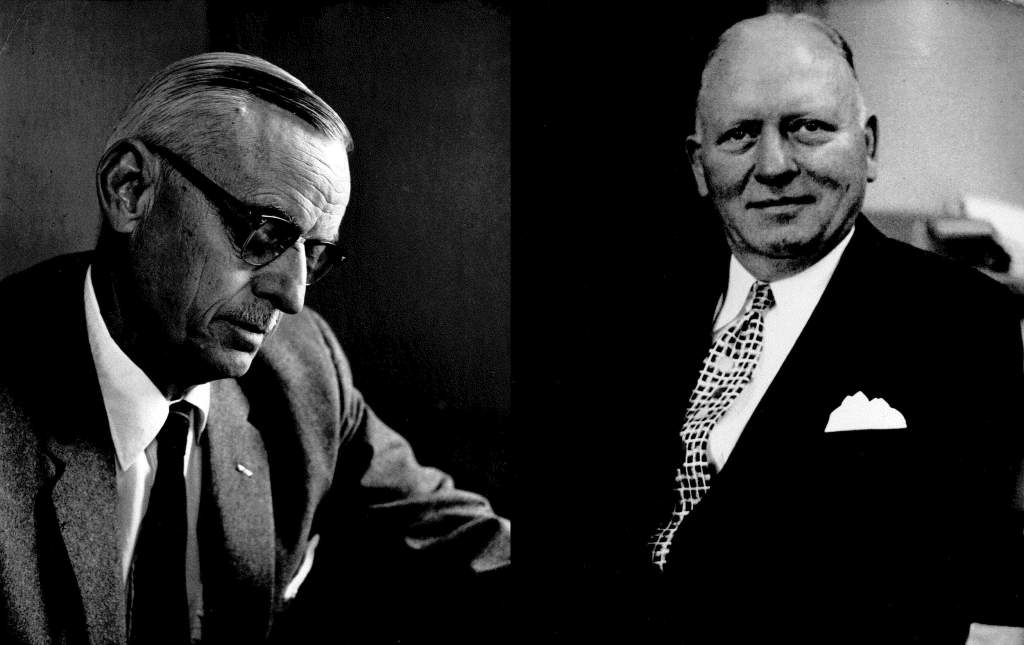 It did not take me long to appreciate the fine job Poole had done and was doing since becoming Clemson’s leader in 1940. In addition to academic progress being made during the post-war years, there was the handsome Clemson House on the hill overlooking the main campus where visitors on weekends could frequent a dining room that served foods only grown by agricultural students using the Poole Agricultural Center and surroundings for research and studies.

While I was impressed by Jervey’s recruiting skills in getting three Washington D.C., superstar football players out of the nation’s capital (in particular, end Glenn Smith), it was not until afterward that I learned of the Olin Foundation’s decision to reward him on his retirement from the U.S. Army Ordnance as an authority on small arms and incendiary ammunition by funding a fully-equipped ceramics engineering facility on the Clemson campus (Olin Hall) second to none in the world.

When Jervey retired in the early 1950s, he rented or bought a sizable apartment in the Clemson House and spent much of his time in either the president’s office or football coaches quarters. He was a charter IPTAY member in the mid 1930s and enjoyed recalling Poole’s playing days in the teens. They both found it interesting that Clemson’s first football coach in 1896, Dr. Walter Riggs, would serve as Clemson’s sixth president from 1910-24.

An amusing aside took place when I attended a Clemson reception for alumni in Washington, D.C. People were making a lot over Jervey to the point that a young lieutenant colonel approached me and said, “Why are people so impressed with that guy? He’s only a captain!”

Poole died in 1958 at the age of 64. However, Jervey played a key role in the selection of R.C. Edwards, then vice president of development, to succeed him. He then agreed to fill the vacancy left by Edwards in development and persuaded the Olin Foundation to donate another building for chemical engineering (Earle Hall). He would later be elected a life member of the Clemson Board of Trustees.

Since this is the centennial of the end of World War I, I would be remiss not to urge everyone with a computer to Google “World War I and the Clemson community,” a great exhibit of Clemson and its contributions to winning that war.