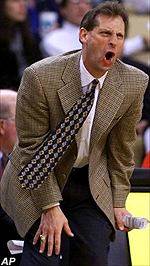 Shyatt will be joined on the program by host Kevin Fraser and coaches Rick Majerus of Utah, Jim O’Brien of Ohio State, Bob Huggins of Cincinnati and Cliff Ellis of Auburn.