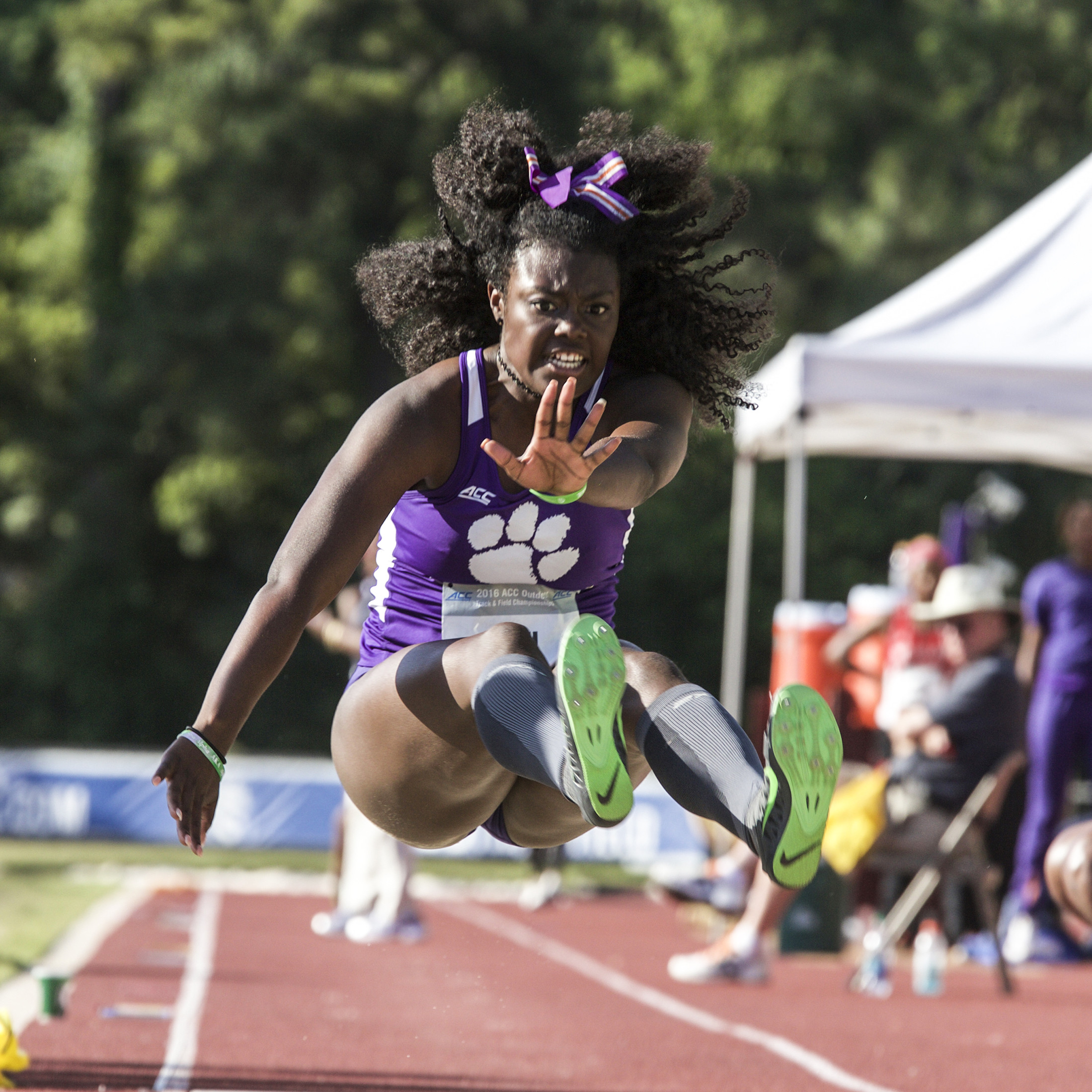 CLEMSON, S.C. — Mimi Land secured a berth in the NCAA Outdoor Championships on day one of the East Preliminary Round in Jacksonville, Fla. The senior out of Albany, Ga., finished 11th in the women’s long jump to secure a ticket to nationals, held June 8-11 in Eugene, Ore., at Hayward Field.

Land’s second jump did the trick, as she produced a season-best leap of 20-3.75, just shy of her personal best in the event. She is also scheduled to compete Friday in the high jump. Land’s NCAA bid Thursday was the third of her career, and first since the 2014 indoor nationals.

Tevin Hester showed every bit why he is the favorite in the men’s 100-meter dash. The senior from Oxford, N.C., produced the top time at 10.22, despite a slight headwind. Hester will compete for a bid to nationals in the event Friday, while also running the 200-meter qualifying round.

Ersula Farrow continued her fine freshman season, turning in the second-fastest women’s 800 time of the opening round. The Michigan native ran 2:04.74 to finish second in her heat and earn the right to compete for a spot at nationals on Friday.

The 400 hurdles saw two Tigers move on to quarterfinals, both with season bests. Markeeta Thomas ran 58.69 in the women’s prelims, 21st in the field of 48. Deron Gordon followed with a time of 51.24, qualifying on time.

“We had a good day,” said head coach Mark Elliott. “Mimi booked her ticket, while Tevin, Ersula, Markeeta and Deron gave themselves another opportunity to advance.”