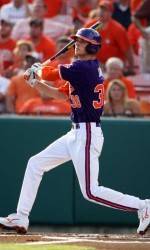 Meyer was rated as the #7 prospect in the Hawaii Collegiate Baseball League and won the Top Pitcher Award as the league’s best pitcher. Playing for Oahu, Meyer was 4-1 with a 1.22 ERA and 40 strikeouts in 37.0 innings pitched over seven appearances (six starts). He was also the starting pitcher for the Makai Islanders in the league’s All-Star game. With the Tigers in 2010, Meyer was 2-1 with two saves and a 5.90 ERA in 29.0 innings pitched over 20 relief appearances.