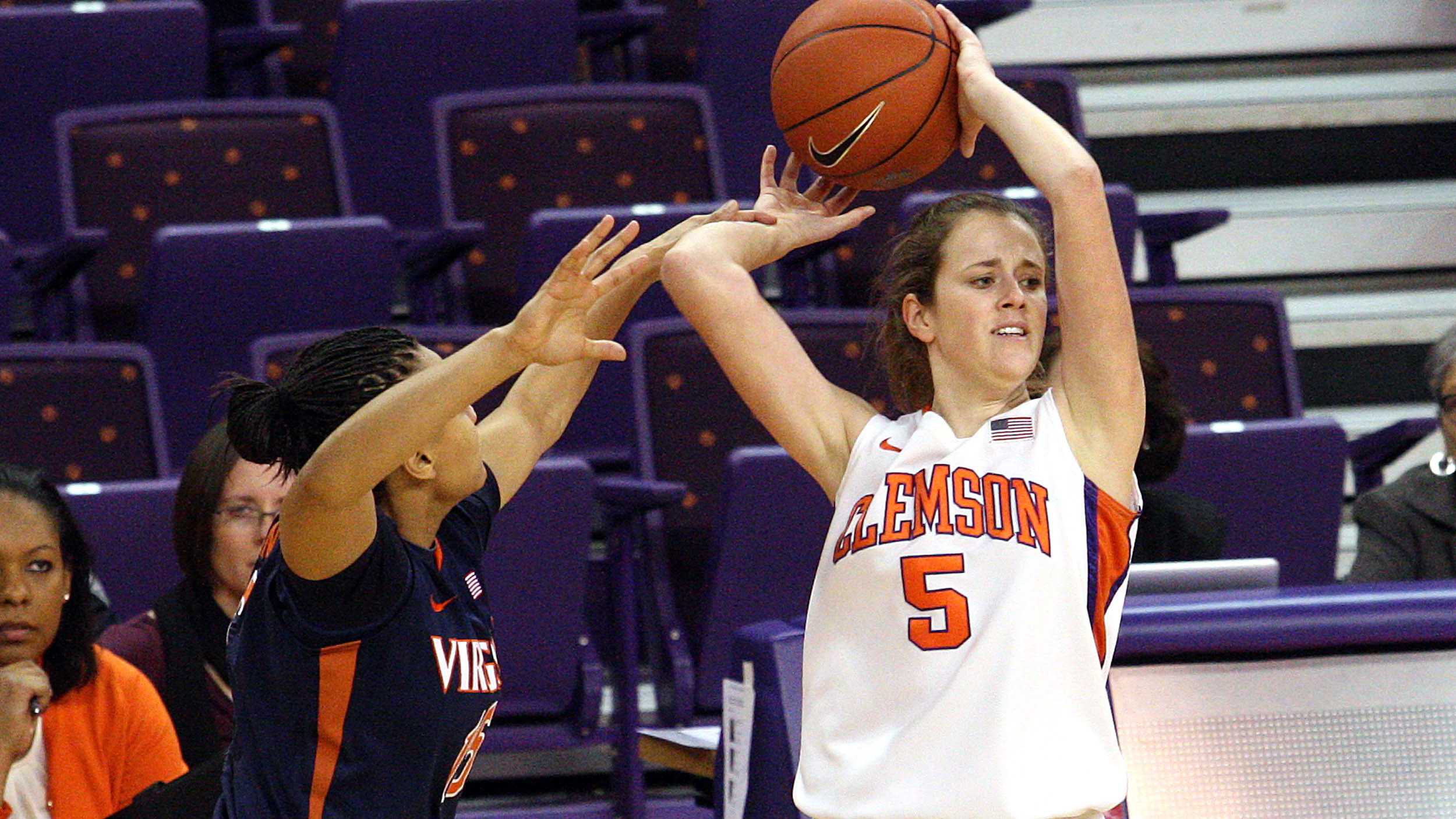 ATLANTA – The Clemson women’s basketball team fell to Georgia Tech in Atlanta, 74-48, snapping a three-game winning streak. Clemson (9-19, 5-12 ACC) fell to the Yellow Jackets (14-14, 7-10 ACC) for the eighth consecutive time in the series. It was Clemson’s first-ever game at McCamish Pavilion.

Clemson will play NC State on Sunday in their final regular-season contest of the 2012-13 season. The ACC Tournament begins next Thursday in Greensboro, NC.

Quinyotta Pettaway had 12 points and nine rebounds to lead the Lady Tigers, while Kelly Gramlich had 11 points (3-4 3FG) off the bench. Aisha Turner had eight points and six assists in front of many of her friends and family, but was the clear target of Tech’s pressure as they forced her into 11 turnovers.

Georgia Tech’s pace of play kept Clemson off-balance most of the night, forcing the Lady Tigers into 28 turnovers and scored 24 points on the fast break. They also controlled the paint, outscoring the Tigers, 40-16, in the paint.

Pettaway finished just a rebound shy of her ninth double-double of the season, staying right at her season averages of 10.8 points and 8.9 rebounds. She has now scored in double-figures 19 times this season, and in eight of her last nine contests.

In the first half, Georgia Tech took an early 11-7 lead before Clemson tied it up at 11-11 after back-to-back Pettaway hoops. However, Georgia Tech scored 14 unanswered points to take a 25-11 lead. Pettaway then scored again and Gramlich hit a three to pull within nine at 25-16, but the Jackets against had a significant run in them. Georgia Tech scored the next 17 points, and finished the half on a 20-1 run, taking a 45-17 lead into halftime.

Clemson shot .333 in the first half, but turned it over 17 times, leading to 18 points for the Jackets. Georgia Tech also outscored Clemson, 24-6 in the paint in shooting .486 (17-35) in the half. The 45 points were the most in the first half by any Clemson opponent this season.

The Lady Tigers scored the first five points out of halftime, but Tech again had an answer. They led by as many as 35 with 12:10 to play. However, Clemson did outscore Tech, 31-29, in the second half, largely on 4-8 shooting from behind the arc.