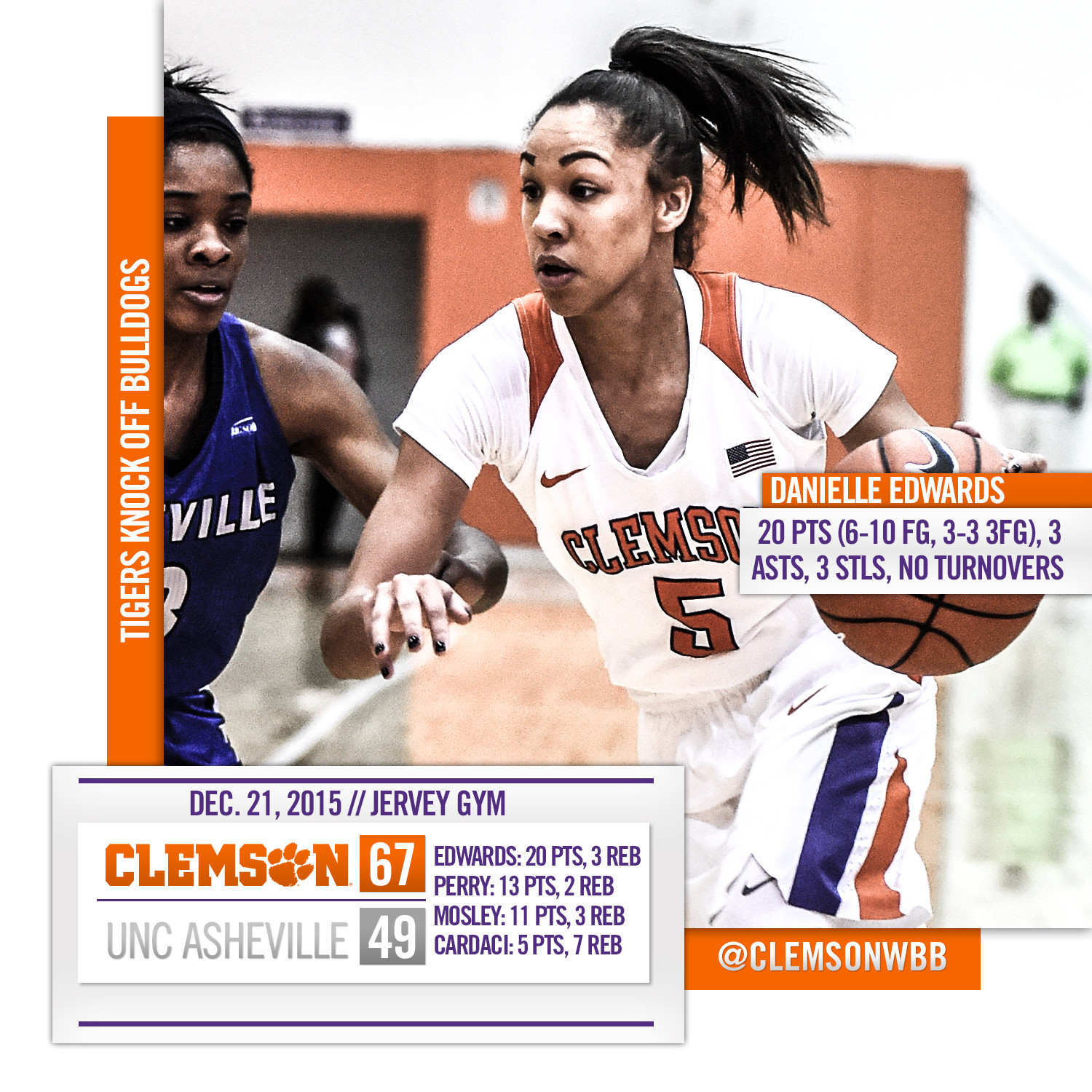 CLEMSON, S.C.- Clemson (4-8) defeated UNC-Asheville (9-2) by a final score of 67-49 on Monday afternoon in front of a boisterous crowd in Jervey Gym. The Tigers never trailed in the contest and received contributions from all over the roster as Clemson churned out its second best offensive effort of the season.

“I’m really proud of these kids and how hard they played. They came out focused and ready to go,” Head Coach Audra Smith said following the win.

Edwards served as the catalyst for the Tigers in the first quarter, scoring the first eight points of the game for Clemson. UNC-Asheville managed only one made field goal in the first quarter, as Clemson took a 12-5 lead after the first ten minutes of action. The Tigers did not let up in the second quarter, as Edwards added eight more points and Clemson only committed one turnover as a team. At halftime, Clemson led 30-18.

Clemson began the third quarter with back-to-back three-pointers from Paige Mosley and Victoria Cardaci, which jumpstarted a 14-0 Tiger run. Leading scorer Perry, who sat for much of the first half with two fouls, scored nine of her 13-second half points in the third quarter. UNC-Asheville applied all sorts of full court pressure to attempt to get back in the contest in the fourth quarter, but the game was never in jeopardy as Clemson never led by less than 16 points.

“This is the type of energy and enthusiasm we need to play with every game. The biggest thing for us was our defense. Our defensive stops relaxed us and then our offense got going. We had numerous people step up today. Paige Mosley’s eleven points were unbelievable. Everybody stepped up today and contributed.”

Clemson will break for Christmas before returning to action on Tuesday, Dec. 29 when they take on Florida A&M at 7 p.m. in Jervey Gym.