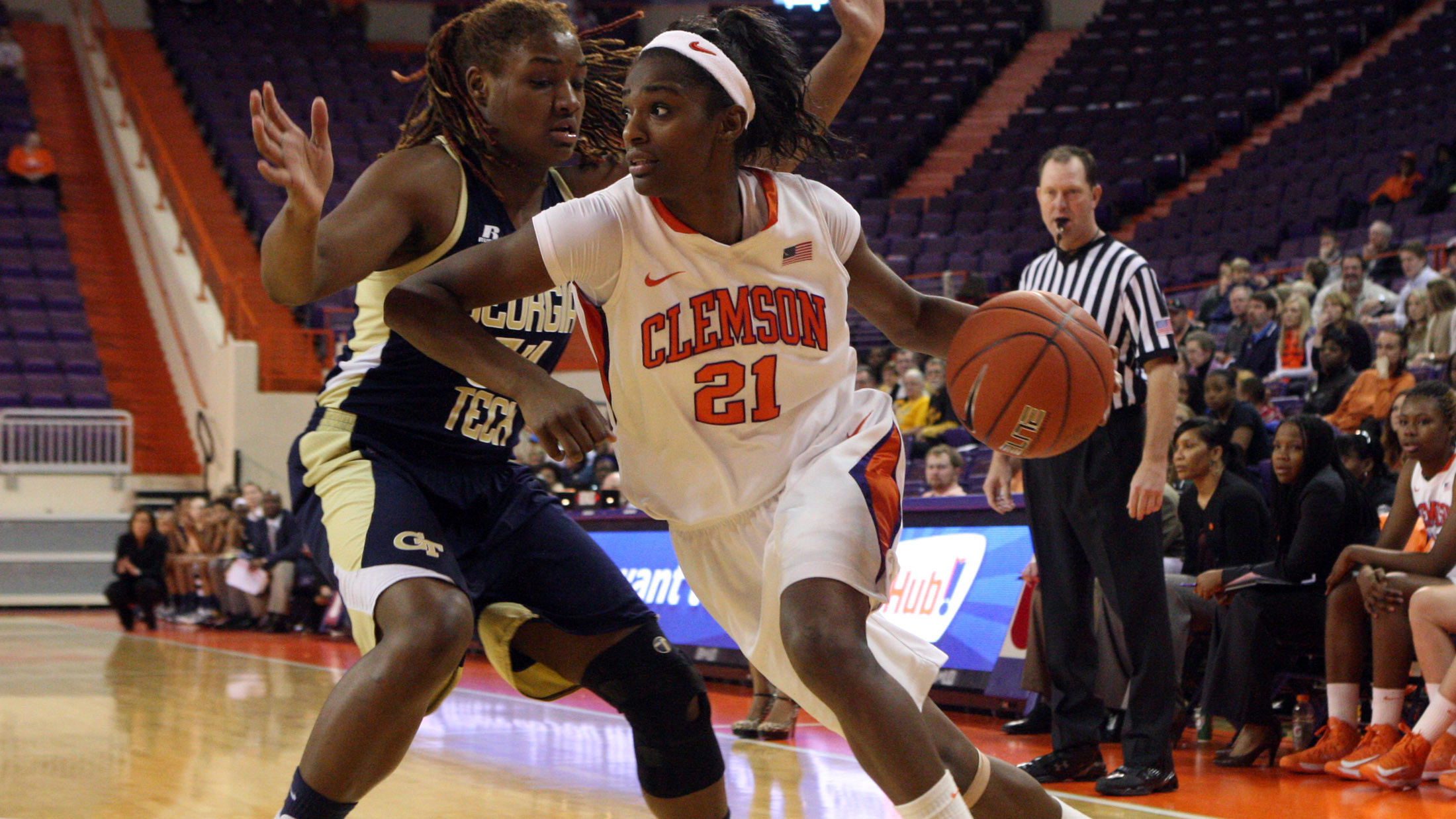 Kelly Gramlich had ten points as Clemson’s lone player off the bench in 26 minutes, and junior Quinyotta Pettaway had 13 points and 12 rebounds, her fourth double-double in six ACC games this season. It was the tenth of her career overall, and sixth this season.

“[Free throw shooting] made a huge difference,” said Coleman. “We talk a lot about the points we can control,at the line, and they did a tremendous job. Everyone got to the line, and we really needed those points down the stretch.”

The Lady Tigers looked like they may run out of gas, as Wake Forest went on a 12-0 run to take a two-point lead with 2:42 to play, holding Clemson without a basket for nearly seven minutes. Ford finally stopped the bleeding with a put-back of a Gramlich miss, before Lindsy Wright hit a layup with 2:42 to play to take a 61-59 lead.

Aisha Turner then tied it back up with a 12-footer, and then found Dixon streaking down court after a Ford steal. Dixon missed the layup, but grabbed her miss and put it in, and was fouled in the process. She converted the free throw, which gave Clemson the lead for good. Pettaway hit back-to-back jumpers, and the Tigers hit all six free throw attempts in the 33 seconds to hold on for the win.

Clemson took a 42-33 lead into halftime after shooting a blistering .548 in the frame (17-31) in which three players hit double-figures. Ford tied her career-high of 11 points, while Dixon and Gramlich each added ten. Pettaway had seven points and six rebounds as Clemson outscored the Deacs, 24-14 in the paint and scored 11 points off turnovers.

Wake Forest held a lead of six points, 18-12 at the 11:29 mark, but outscored Wake 16-5 over the next four minutes to take a 28-23 lead. Gramlich hit a pair of threes during the run, which gave the Tigers some momentum. The Tigers stretched the lead to 13 at 42-29 when Ford converted on a hoop-and-harm and Turner converted a pair of free throws with 1:02 to play.

Clemson will have a week off before welcoming No. 4 Duke to Littlejohn on Jan. 24.