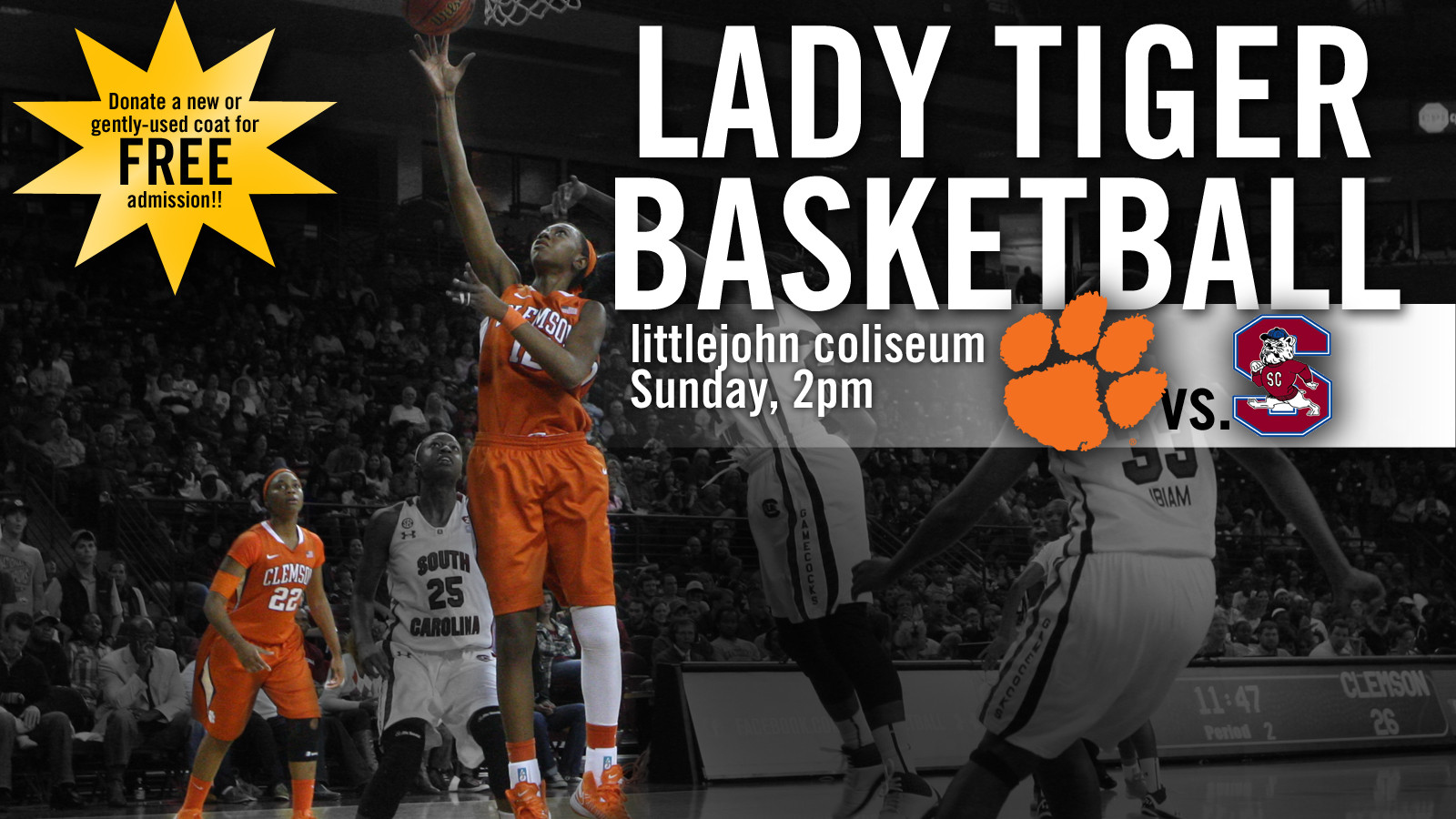 CLEMSON, SC – The Clemson women’s basketball team returns to action after a week-long hiatus when they take on South Carolina State (5-2) in Littlejohn Coliseum on Sunday at 2:00 pm. It will be Clemson’s (1-6) final game before final exams, which take place next week.

The game will be broadcast live on TigerCast at ClemsonTigers.com, and on WCCP 104.9 FM. The game is a coat drive, and anyone that brings new or gently-used coat will receive free admission.

Clemson has won three in a row and 13 of 16 overall in the series, which dates back to Clemson’s first season of women’s basketball in 1975-76. Last season, Clemson defeated the Bulldogs, 83-38, in their second game of the year in Littlejohn Coliseum. That meeting was one of the most complete in the Itoro Coleman era, as it was the fourth-most points scored and fewest points allowed in her 65 games as head coach.

Clemson also held SC State to .185 shooting, the third-best defensive mark in school history, and Clemson’s plus-32 rebounding margin was ninth-best ever.

In their most recent action, the Lady Tigers downed Jacksonville, 87-58, behind five players scoring in double figures. It was Clemson’s greatest scoring output since 2009, and their best shooting day since January of 2011.

The Bulldogs and Lady Tigers have had two common opponents in the early season. Both teams defeated Jacksonville by more than 20 points. South Carolina State defeated Presbyterian College, while Clemson fell to the Blue Hose in the season opener at the buzzer, 49-46.

Clemson is second in the ACC in fewest turnovers per game at 16.0 per outing, while the Bulldogs are forcing 22.9 per game.

The Lady Tigers are led in scoring by freshman Danaejah Grant, who leads all league freshmen at 13.4 points per game. Sophomore Nikki Dixon is coming off a career-best 25 points and nine rebounds in her last outing, and is averaging 11.3 points and 4.6 rebounds per game as well.

Jonquel Jones has tallied three double-doubles this season, including 15 points, 11 rebounds, and five blocks last game. She’s fourth in the ACC and second among league freshmen in rebounding (9.4 per game) and shot-blocking (2.1 per game).

Clemson will have a week before their next contest on Dec. 16, when they’ll take on Radford in Littlejohn Coliseum.