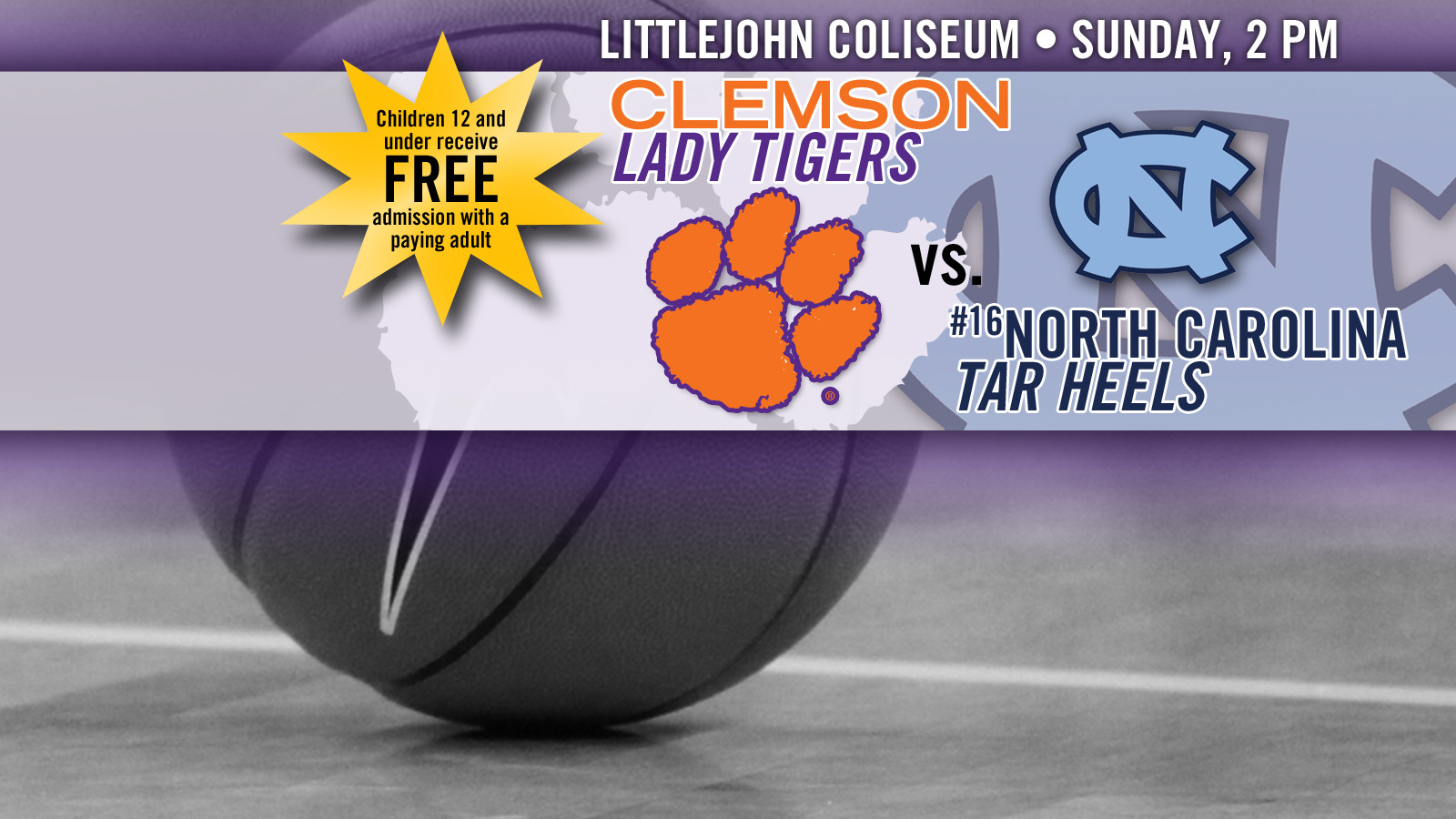 CLEMSON, SC – The Clemson women’s basketball team will take on No. 16/23 North Carolina (11-1) in the conference opener for both teams on Sunday at 2:00 pm in Littlejohn Coliseum. Clemson (4-7) enters having won four of their past five games overall.

There are numerous ticket promotions, including Take a Kid to the Game, where admission is free to those 12 and under with a paying adult. Sunday is also ‘Scout’s Day.’ Members or leaders of the scouts will receive free admission to the game, and there are discounts for family and friends.

Clemson and North Carolina meet for the 79th time in history, with North Carolina claiming 51 of the previous matchups.The Tar Heels have won 18 of the last 19 in the series, a streak broken up by Clemson’s historic victory in Chapel Hill a season ago.

In Clemson’s 52-47 win, the Tigers held then-No. 21 North Carolina to their fewest points at home in school history. The Tar Heels did earn a split of the season series with a 90-51 win in the ACC Tournament first round to end Clemson’s season. The Lady Tigers are 14-14 all-time against UNC in Clemson.

The do have one common opponent this season in Radford, whom North Carolina defeated, 66-44, on Dec. 3. Clemson defeated Highlanders 13 days later, 74-55, in Clemson, the start of their current three-game winning streak.

Over those three games, Clemson has earned three double-digit victories. This season, Clemson has held eight opponents to 60 or fewer points. They only held nine opponents to that mark all of last season, and have already surpassed the 2010-11 season, when they accomplished the feat seven times.

Nikki Dixon enters as Clemson’s leading scorer at 13.1 points per game. She’s tallied double-figures in six straight games, and is averaging 19.3 points and 5.0 rebounds per game in her last four games.

Quinyotta Pettaway, who tallied 16 points and 12 rebounds in Clemson’s upset last season, is a North Carolina native, and leads the Tigers in rebounding at 8.1 per game.

Clemson will have a short turnaround as they head to Miami to play on Jan. 3 at 7:05 pm at the BankUnited Center. This is the first year that ACC women’s basketball teams will play 18 conference games.