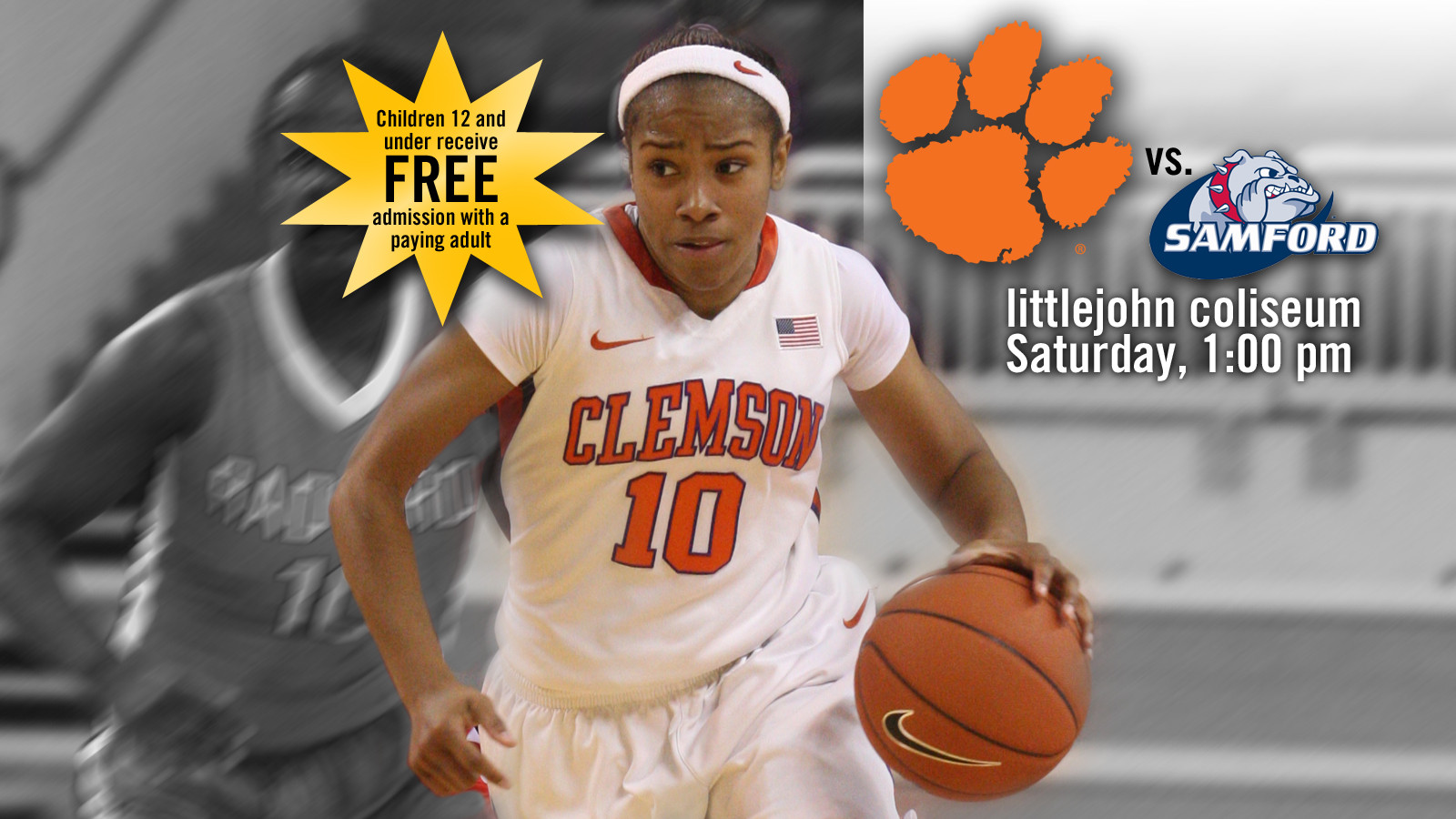 CLEMSON, SC – The Clemson women’s basketball team will go for a third straight win entering a holiday break when they take on Samford (5-4) at 1:00 pm on Saturday in Littlejohn Coliseum. Clemson (3-7) is coming off a pair of wins in which they’ve set two of the top eight marks in school history in terms of field goal percentage in a half.

The game is available to watch and listen to live for free online courtesy of TigerCast at ClemsonTigers.com. There are several ticket promotions as well, including the announcement that all children ages 12 and under will receive free admission with a paying adult.

The Lady Tigers are coming off a late-night Wednesday win against Providence, in which they shot a school-record .750 in the second half. They trailed by as many as 12 in the first half, but came back to lead by 15 midway through the second half.

Over the last two games, Clemson is 27-38 (.710) from the floor in the second half, led by Nikki Dixon, who is averaging 14.3 points per game in the second half of her last three ballgames. During that stretch, she’s averaging 21.3 per game, and for the season leads Clemson at 13.1 per game.

Quinyotta Pettaway is next on the scoring list at 8.6 per game, and is also averaging a team-best 7.8 rebounds and 1.8 blocks per game to go along with a .489 field goal percentage. She’s scored in double-figures five times this season, and three straight.

Aisha Turner has come on strong with ehr extra minutes at the point, as she’s averaging 8.7 points, 5.0 assists, and 4.1 rebounds per game in her three starts.

Samford has lost two games in a row, at Tennessee Tech, and at Oregon, but are 2-0 in the Southern Conference so far.

The game will be Clemson’s final in the non-conference, as they open ACC play with North Carolina on Dec. 30 in Littlejohn Coliseum, kicking off an 18-game conference slate.