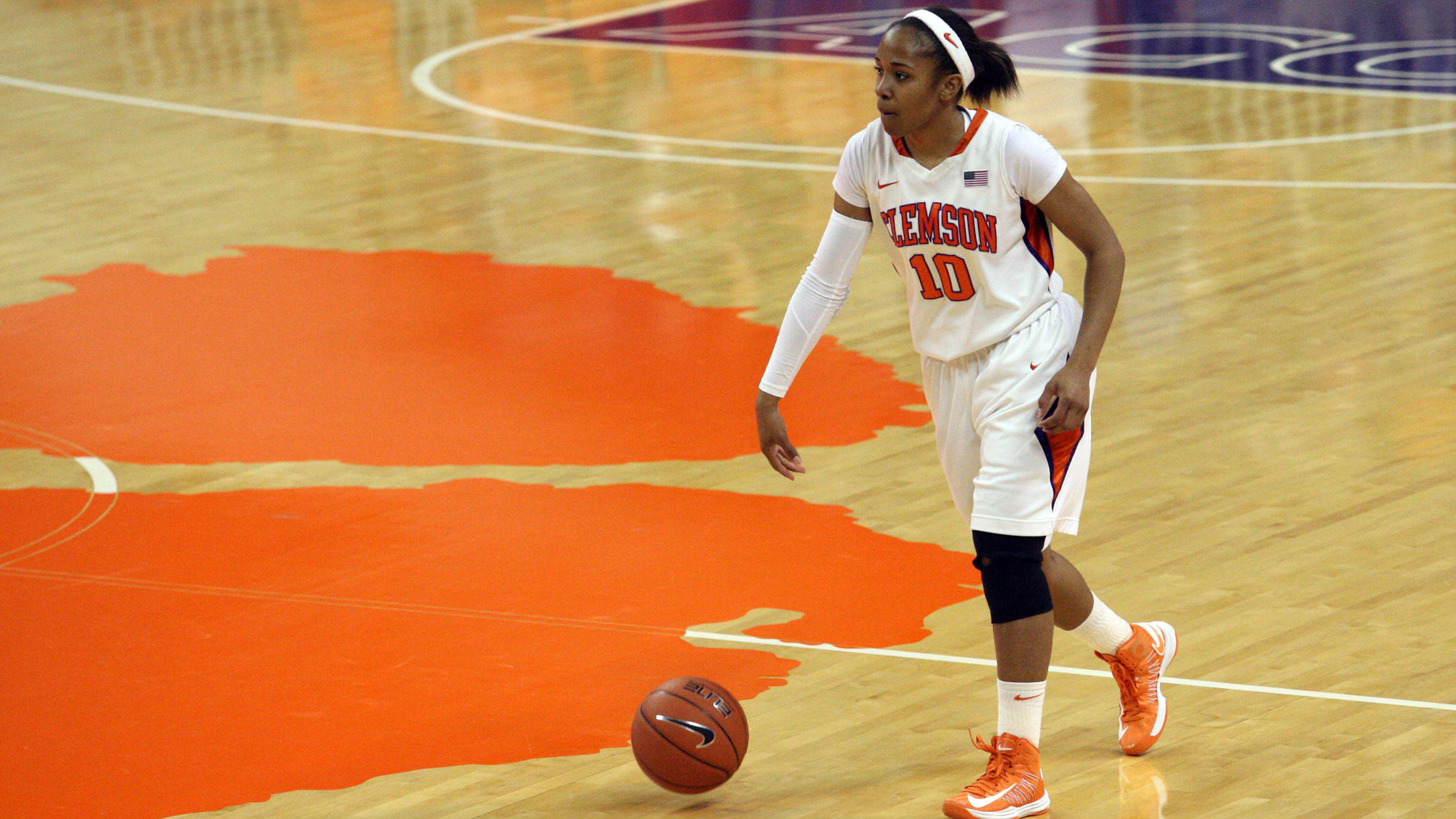 Lady Tigers Hit the Road to Play No. 7/8 Maryland

This will be Clemson’s ninth game all-time on Valentine’s Day, holding a 4-4 mark in prior meetings. Of Clemson’s nine total games on Feb. 14, including this matchup, Clemson and Maryland will have met on three of those occasions, all of which will have taken place in College Park.

The two teams met earlier this season in Clemson, an 80-40 Maryland victory on Jan. 27, just five games ago for Clemson. This will be the 65th meeting among the teams all-time, with Maryland holding a 40-24 lead, and a 21-8 record in College Park.

Maryland is the sixth game Clemson will play this season against a nationally-ranked team, and the fourth against a top-ten opponent. The Terps are coming off a Monday night loss to No. 4 Duke by a 71-56 count.

Maryland boasts the top two scorers and rebounders in the ACC in Alyssa Thomas and Tianna Hawkins, and Clemson will counter with the third-leading rebounder, Quinyotta Pettaway.

Pettaway is averaging 11.9 points and 10.3 rebounds per game in ACC play, which includes six double-doubles. The 10.3 boards per game are second in the ACC among all league players. For the season, she is averaging 9.3 per game, on pace to be the best average for a Tiger in more than 20 seasons.

Nikki Dixon leads Clemson at 13.2 points per game, and is coming off 15 points, which included a 9-10 mark at the free throw line, against NC State. In the previous game against Maryland, Dixon had 17 points, including a season-high three 3-pointers made.

After playing Maryland, Clemson returns home for a 1:00 pm game on Sunday against Virginia Tech. Fans are encouraged to wear pink, as Clemson celebrates the Play4Kay initiative.