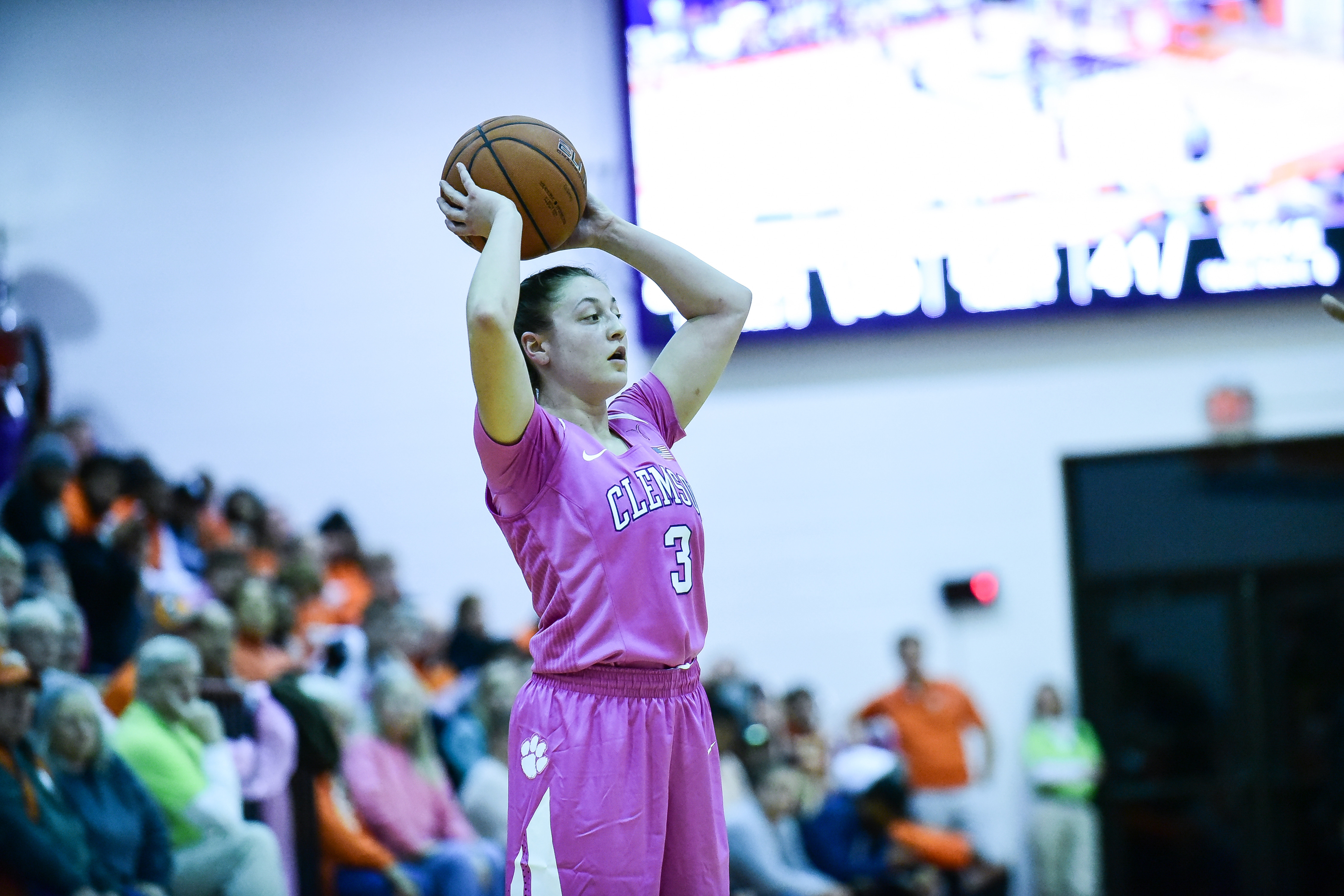 CHARLOTTESVILLE, Va.- Despite three three-pointers from sophomore Victoria Cardaci and a near double-double from freshman Aliyah Collier, the Clemson Tigers (4-23, 0-14 ACC) fell to the Virginia Cavaliers (15-13, 5-9 ACC) by a final score of 65-48 Sunday afternoon in John Paul Jones Arena.

Clemson and Virginia went back and forth in the first quarter, with neither team able to find significant separation in the first ten minutes of action. Collier’s acrobatic layup with 13 seconds left in the quarter cut the Cavalier lead to two. After one, Virginia led the Tigers 13-11.

The second quarter was much of the same, as Clemson was able to cut the Virginia to one point on two separate occasions. The Cavaliers took a six-point lead on a three-pointer by Aliyah Hudland El with 2:16 remaining in the first half. Clemson’s Cardaci countered with a three-pointer of her own, cutting the Virginia lead to 26-23 with 47 seconds left. However, Virginia took a 29-23 lead into halftime after Faith Randolph converted an old fashioned three-point play to end the half.

Clemson began the third quarter on a 10-4 run, as Danielle Edwards and Cardaci combined to scored the Tigers’ first 10 points of the quarter. The duo hit back-to-back three pointers, forcing Virginia head coach Joanne Boyle to call a timeout with 5:43 left in the third quarter. However, the Cavaliers finished the quarter on a 12-4 run to take a 45-37 lead into the final quarter of play.

The Tigers fell cold in the fourth and Virginia used a 20-2 run to ultimately pull away from Clemson. Clemson closed the contest on 6-0 run but Virginia held on to defeat the Tigers.

Next up, Clemson will travel to Notre Dame, Ind. to take on Notre Dame on Feb. 25. The game is scheduled to tip off at 7 p.m.